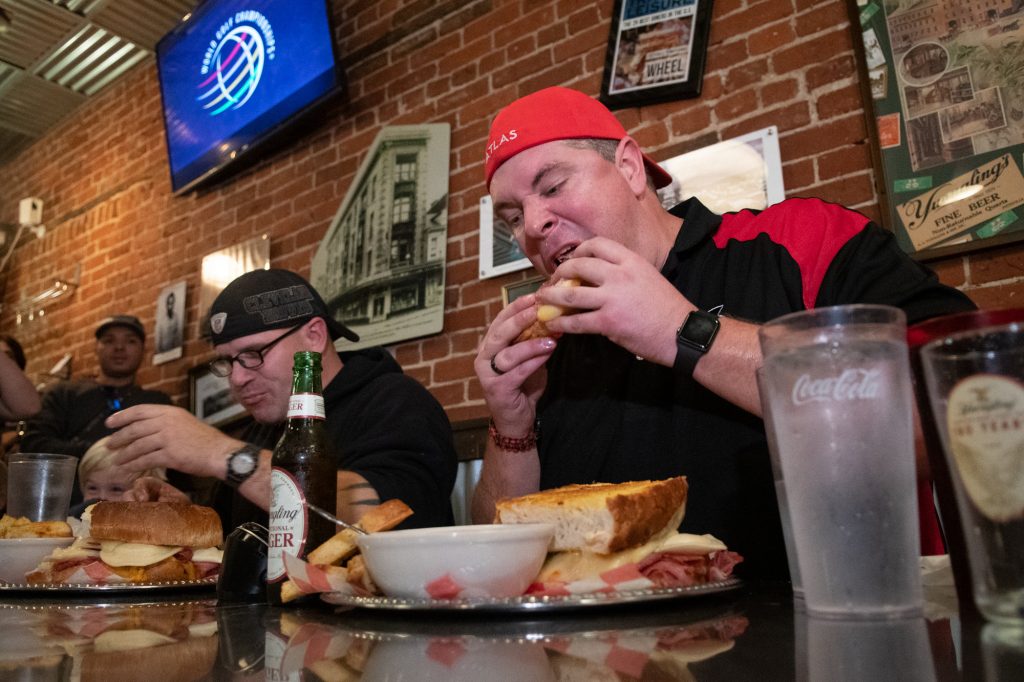 He finished the meal with a time of 18:06 — and his signature, two-armed flexed muscle pose and cheesy smile.

“I think if I were to do it again, I would have dipped the bread into the tomato soup,” Santel, of Springfield, Missouri, said immediately after his victory. Santel will now be the first person posted on the Wheel’s Wall of Fame, which is only for those who are successful competitors.

He had 30 minutes to finish the challenge that featured a grilled cheese sandwich with white Italian bread from Minersville Bakery, six types of cheeses, 1 pound of Kowalonek’s kielbasa and 10 Mrs. T’s pierogies, and a bowl of tomato bisque with croutons. The meal was paired with a bottle of Yuengling Lager. 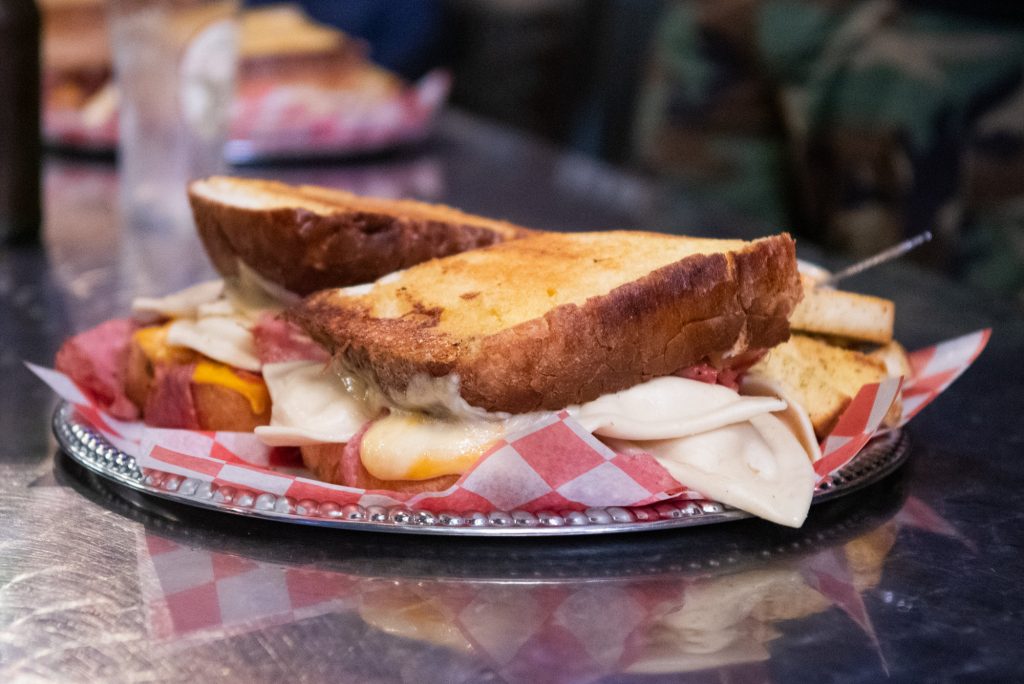 It was a capacity crowd inside Savas Logothetides’ 201 W. Market St. restaurant, as curious onlookers stood outside, peering in the windows hoping to get a glimpse of Santel during his feat. Santel allowed fans to take photos and he signed autographs before and after the challenge, which was his 795th that he’s successfully tackled.

“He’s just been great and has been here signing autographs since a quarter to five,” Logothetides said.

Joining Santel for the task was fellow competitor Michael Hornacek, 37, of Harrisburg. Hornacek held the Wheel’s prior food challenge with a time of 5 minutes, 50 seconds. That challenge was without the kielbasa, pierogies or beer. A member of the Marine Corps, Hornacek brought along his two sons, Jaxsen, 7, and Jase, 6, and Navy Corpsman Anthony Rivera.

Hornacek has 12 food records, including one in Australia and one in Japan. Santel said Hornacek was actually the one who told him about the newest Wheel challenge. Hornacek, unfortunately, got sick in the final stretch and was unable to finish.

“He was in Pennsylvania earlier this summer, but we kept missing him,” said Kistler, who now resides in Newmanstown, Lebanon County, but grew up in Orwigsburg.

Kistler’s also done some competitive eating and has tried the “808 challenge” in Hawaii, where an eater attempts to finish eight cheeseburgers. Santel successfully completed that challenge in 4:30, Kistler said. 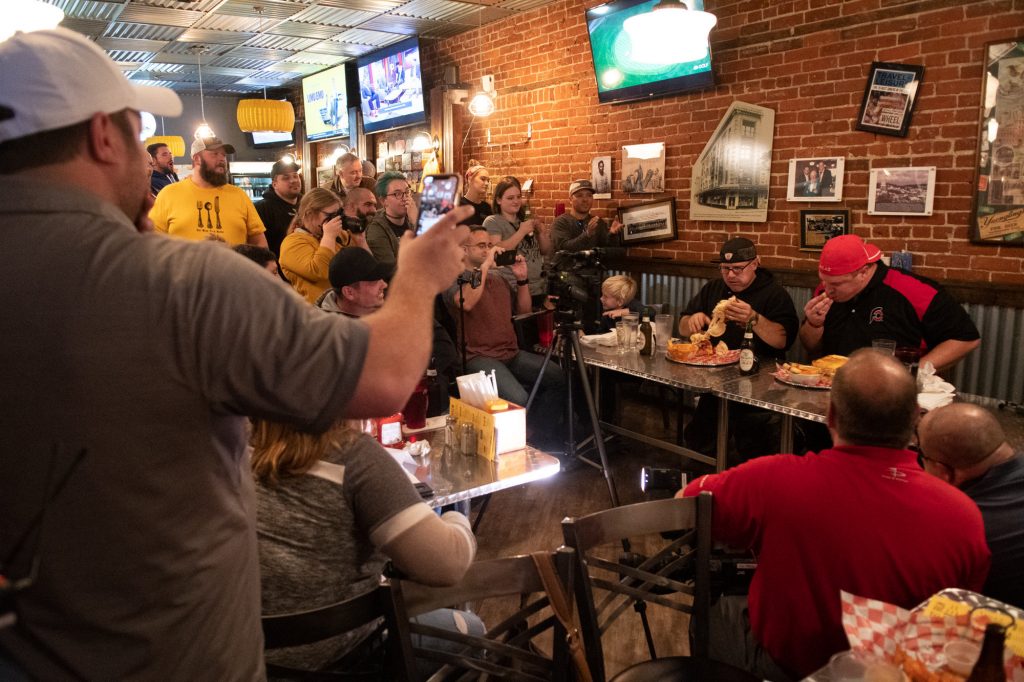 Rich Hufford came all the way from Elmira, New York.

“I follow him on Facebook,” said Hufford, a locksmith who has also attempted similar challenge events. He once tried eating 3 pounds of tacos in 10 minutes, but was unsuccessful.

Santel called Yuengling his favorite beer, and said the kielbasa, bread and pierogies were “delicious.”

Following his Pottsville appearance, he’s headed to Philadelphia for a dietetic conference and another challenge. Krohmer offered Santel a loaf of his bread as a parting gift.