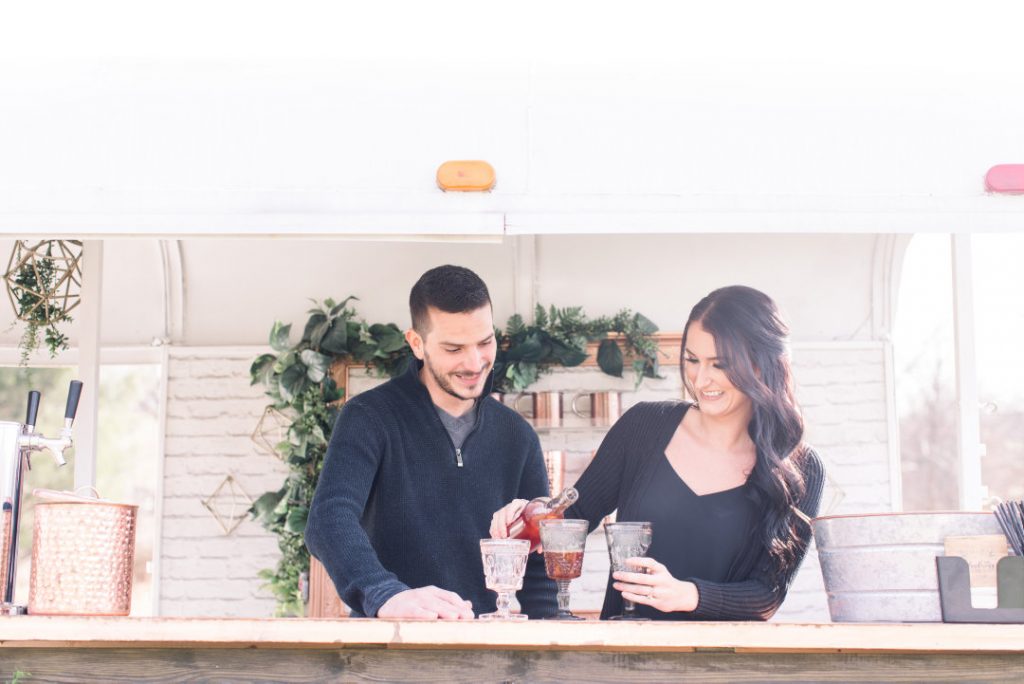 The Wandering Brew has done a lot less wandering than it planned this wedding season.

“So we had about seven or eight weddings that we had (booked) between May and June … and we actually did get impacted,” said Jessica Bredbenner, who owns the mobile bar with her husband, David Toughill. “We’ve had to push all of our May weddings and our early June weddings until the end of the fall, or even a lot of them rescheduled until next year.”

Bredbenner and Toughill also offer additional rental options, including drink stations, lawn games and lounge areas, and they recently added a coffee bar option. They travel throughout Northeast Pennsylvania and beyond, having gone as far as Delaware and the Finger Lakes, for weddings, showers, anniversaries, birthdays, corporate events and more. Many are outdoor events, but some indoor ones bring them in to give guests a place where they can gather outside.

“They love the look of it,” she said. “They want it, and they want the flow of the guests going outside.”

The couple already had decided to add a second mobile bar before the coronavirus pandemic hit. This vehicle, a converted vintage camper, will have three components: a bar, a photo booth and a tap trailer, the latter of which will let clients serve themselves wine or beer from a wall with taps.

Bredbenner feels grateful that they had already started working on a second vehicle, which, with many weddings delayed until the fall, now will let them double-book dates. Some people who had wanted the original trailer have been willing to take the new vehicle, too, she said.

While they have been OK financially during this challenging time — the Wandering Brew is a side business for Bredbenner and Toughill — it still has been scary. They have lots of friends who also work in the wedding industry, from photographers to vendors, and they offered each other moral support, Bredbenner said. 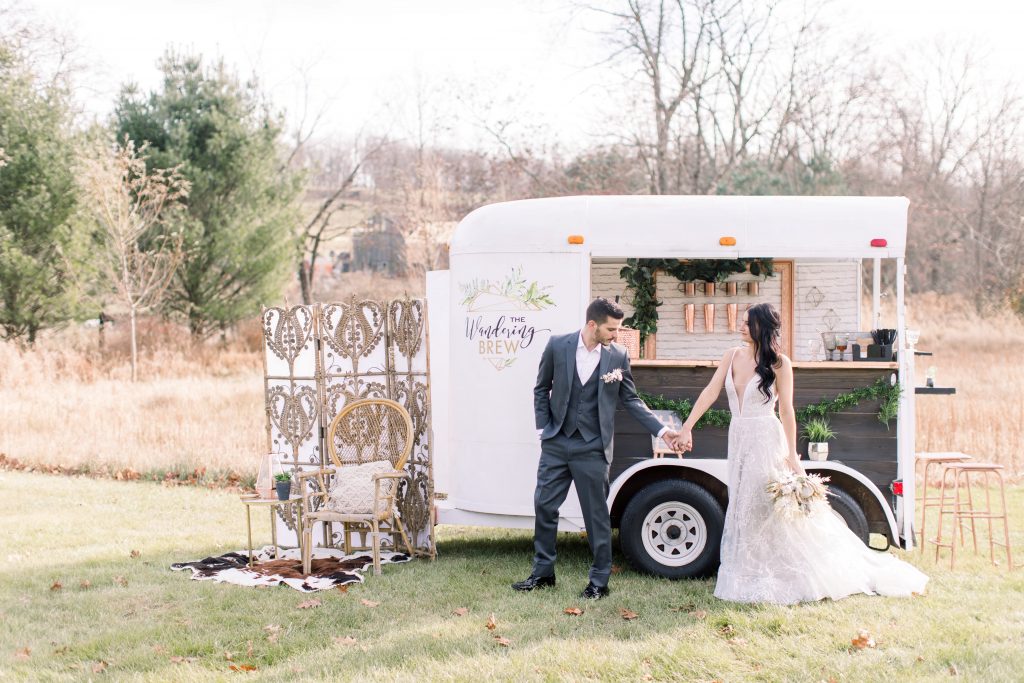 “From what I’ve seen from a group of people I talked to, everybody’s just been in the same boat,” she said. “It’s a lot of money, the wedding industry generally, (and) it could have been a huge potential loss. We’re thankful that it wasn’t too crazy.”

One couple they had booked ended up canceling their ceremony and eloping instead, so they refunded her, Bredbenner said. Another pair who had their wedding scheduled for last weekend decided to stick it out, she said, and the venue reopened just before that date.

“We were joking about (how) we were thinking the next couple weddings are going to be crazy — like wild — because everybody’s coming out of quarantine,” Bredbenner said.

The nature of the business’ setup actually already separates the Wandering Brew workers and the event guests, Bredbenner said, so that will help with maintaining social distancing.

Going forward, the Wandering Brew can book events for several years out with a 50% deposit. Anyone interested in getting in touch with the company can reach out through its various social media channels; its website, thewanderingbrewbar.com; or by email at thewanderingbrew@yahoo.com.