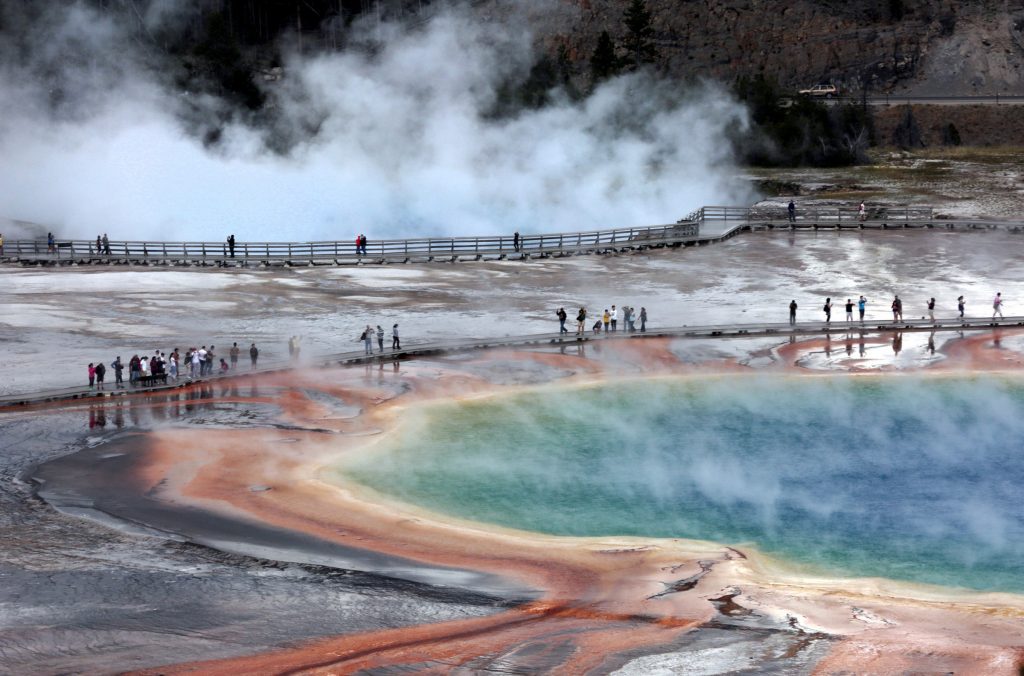 Virtually everywhere visitors can go when the national parks are closed

National parks typically spend part of April celebrating their past, enjoying the present and educating for the sake of the future.

Thanks to COVID-19, however, national parks have closed facilities or shut down entirely, scuttling plans for the annual National Park Week, which was to take place Saturday, April 18, through Sunday, April 26.

Though you can’t experience a park in person, you can still visit virtually. Take this time in quarantine to learn more about some of the National Park System’s major parks online. 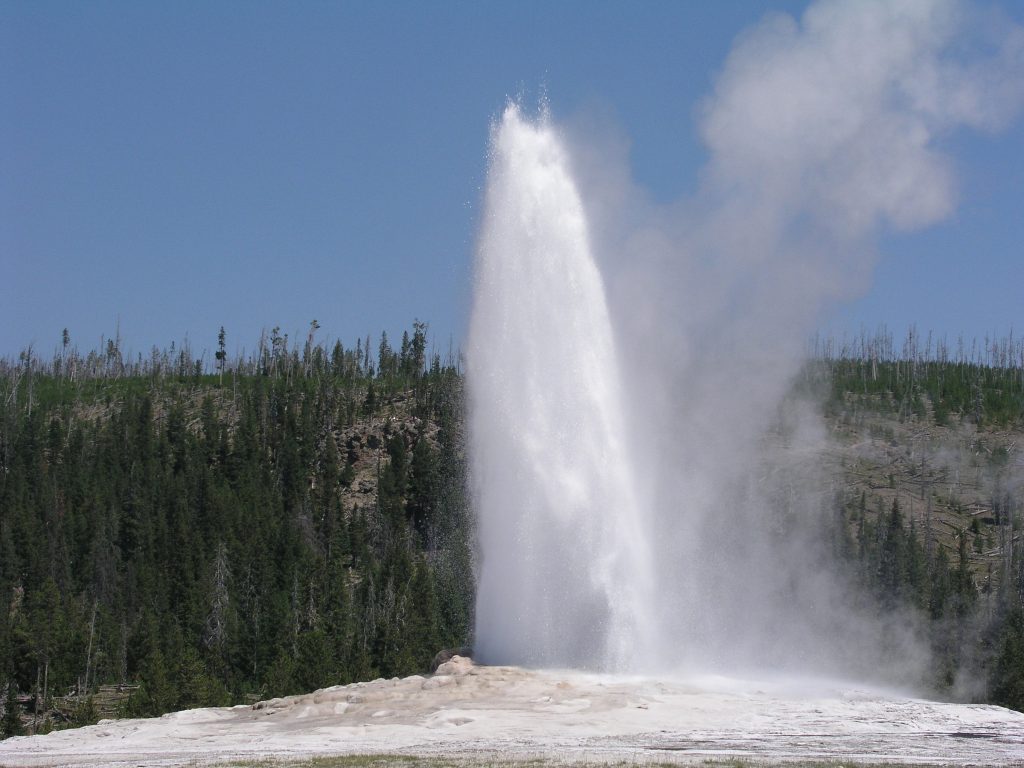 Encompassing land in Idaho, Montana and Wyoming, Yosemite is America’s oldest national park, established in 1872 by President Ulysses S. Grant. The park website, nps.gov/yell, offers an extensive history section that shares information not only about the land, its myriad wildlife and its many geysers, but also its thousands of years of human history. It even has an educational section just for kids.

On the park&#8217;s Facebook page, check out videos from education rangers who explore numerous topics for learners of all ages. You also can view an archive of live videos from a wildlife biologist on topics such as wolf reintroduction. Yellowstone&#8217;s Instagram page (@yellowstonenps) also continues to share photos and videos, including from its archives. 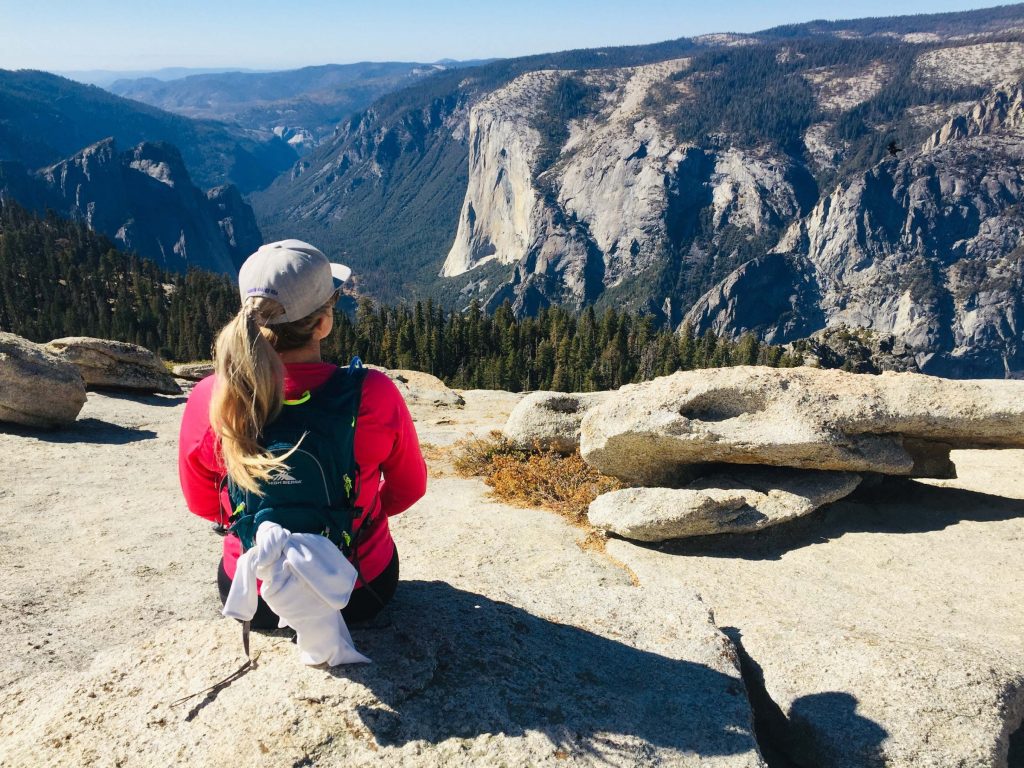 AMANDA LEE MYERS / ASSOCIATED PRESS
A hiker soaks in the views of El Capitan from the top of Sentinel Dome in Yosemite National Park.

This California park is home to the iconic Half Dome and numerous waterfalls. Check out views from across the park through a series of webcams on its official website, nps.gov/yose, which also has loads of information about park wildlife, geology, history and more. The page &#8220;Experience Yosemite from Home&#8221; rounds up many of its informative features for easy access during quarantine.On its Facebook

page, the park remains active by sharing photos and video, including a recent addition, the “Kids Ask Rangers” live session. You also will find timelapse video, animal drawing lessons and updates about the park. 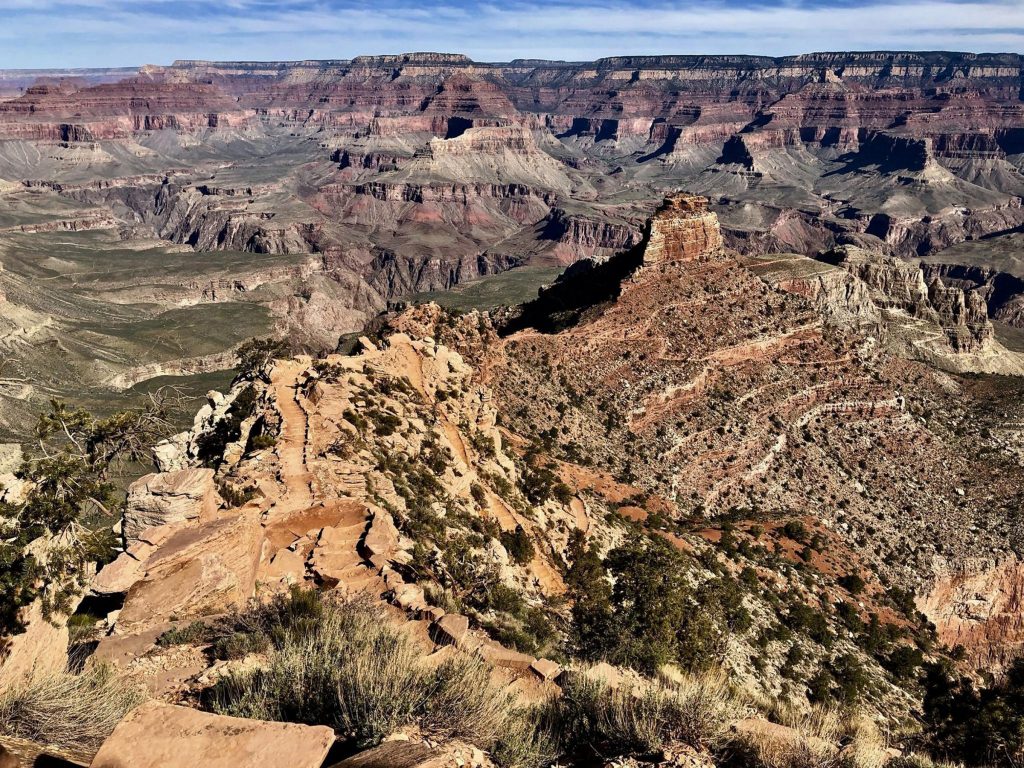 You can still catch the views of this legendary draw in Arizona thanks to several webcams stationed around the park and shared on its official website, nps.gov/grca. There, you’ll also find links to more than 5,000 photos of the Grand Canyon available on Flickr as well as historical images from the park’s early days. The park’s free podcasts also are available on its website and through iTunes. 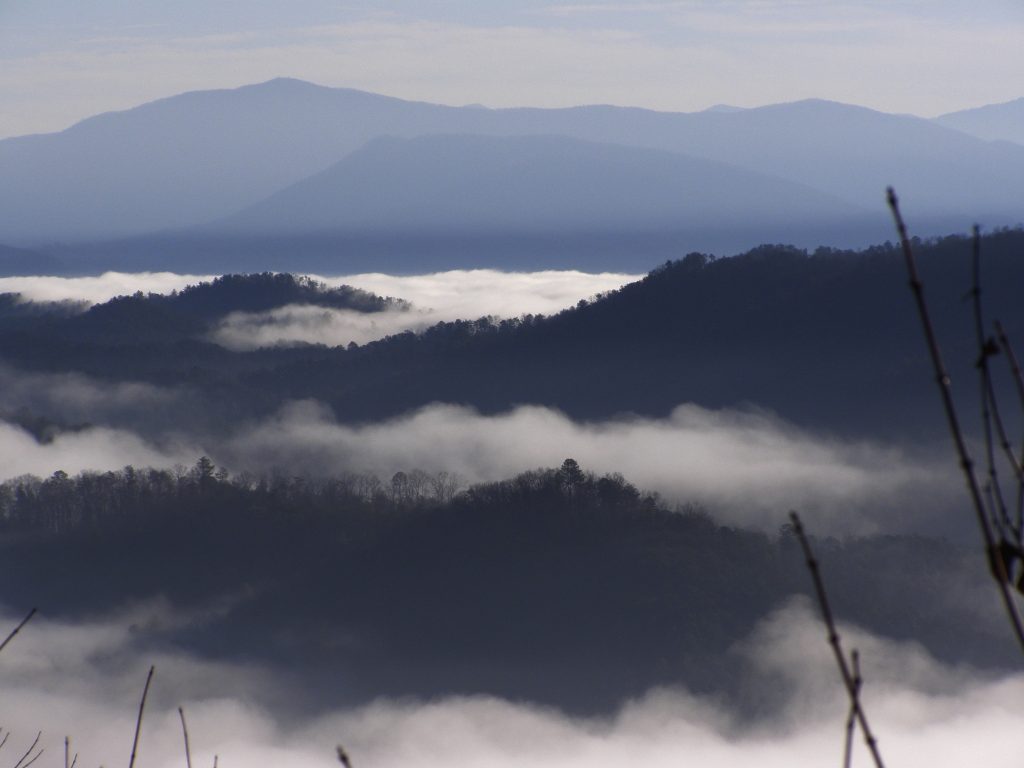 Life goes on in the Great Smoky Mountains in the wake of the devastating fires of 2016. The park spans parts of Tennessee and North Carolina, and on its official website, nps.gov/grsm, visitors can see live views from the park on webcams and check out multimedia presentations on such topics as a tornado that struck the park in 2011, blacksmithing, white-nose syndrome in bats and elk reintroduction. And as with most park sites, it also has extensive information about the area’s history and wildlife.

Staff have taken to the park&#8217;s Facebook and Instagram pages (@greatsmokynps), too, to share images of visitors’ trips there through the years in addition to inspiring images, videos and even artwork. 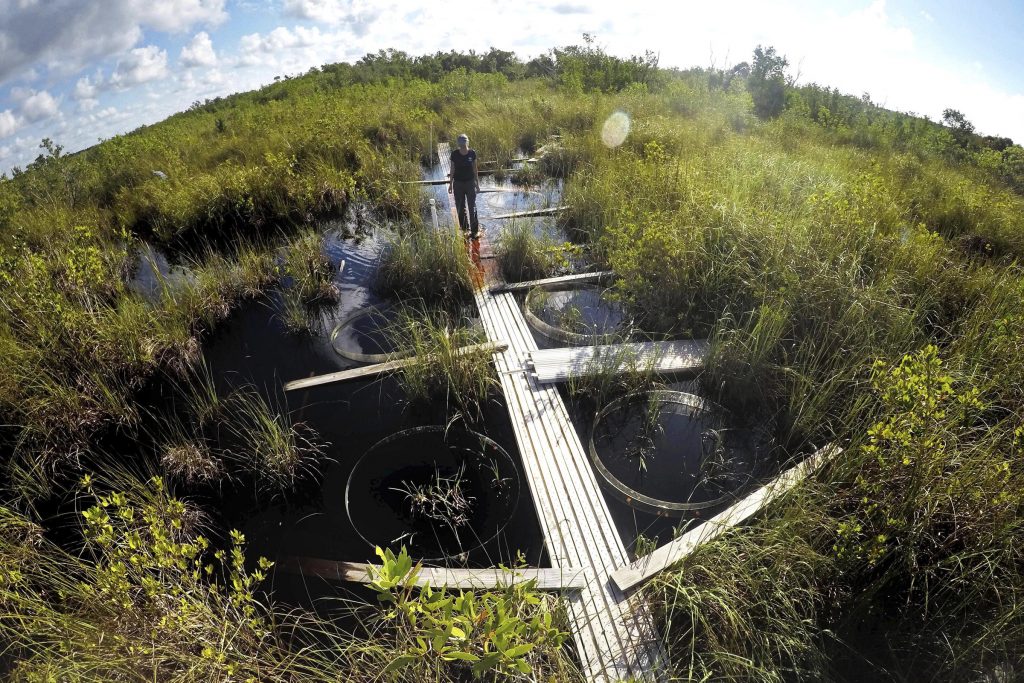 When most people think of the Everglades, images of wetlands and alligators probably come to mind. But there’s so much more to this Florida park, as a trip to its website, nps.gov/ever, shows. Peruse numerous photo galleries, learn more about climate change and the threatened and invasive species there, and find educational materials for kids of all ages to use at home.

Head to the park’s social media channels for even more photos and videos, including many of the birds and other animals that call the Everglades home. 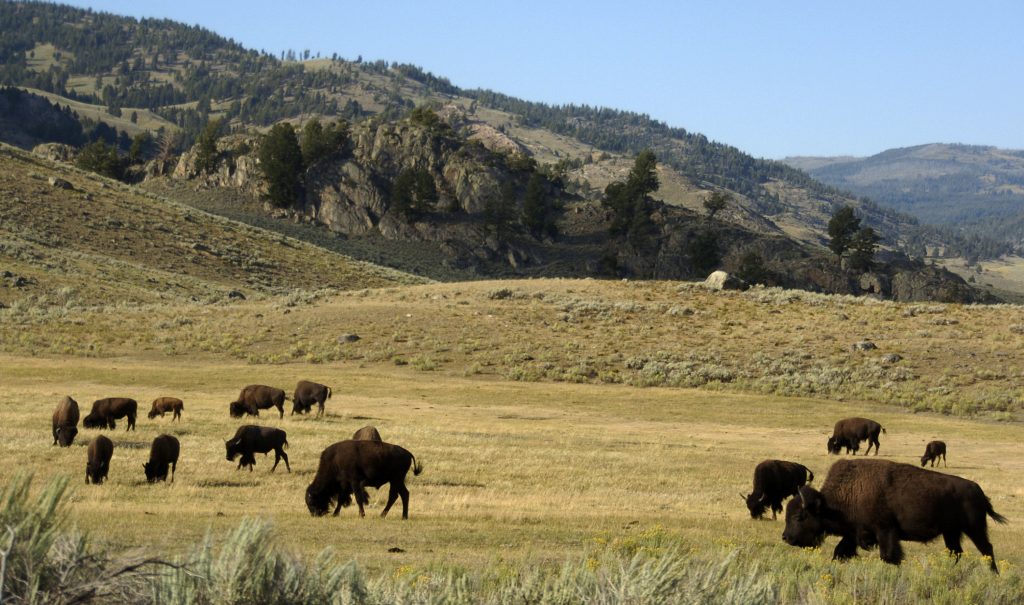 MATTHEW BROWN / ASSOCIATED PRESS FILE
A herd of bison grazes in the Lamar Valley of Yellowstone National Park in 2016.

The National Park Service will have several themed days during National Park Week and encourages the public to follow along and share their own experiences at parks on social media with different hashtags.

The National Park Service will host a live chat on Twitter on Thursday, April 16, at 1 p.m. EDT, during which the public can interact with parks, programs and various partners.

For more information about National Park Week, park activities you can do at home and virtual park visits, visit nps.gov or nationalparks.org.