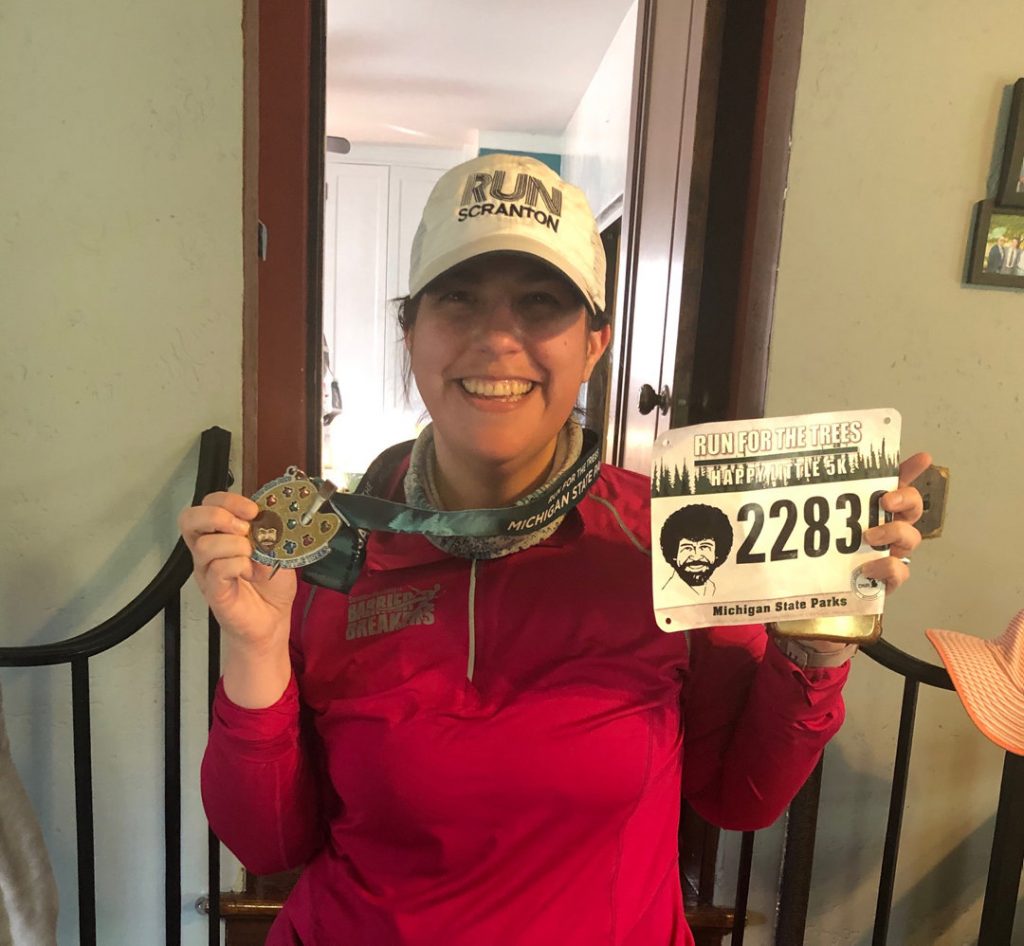 Sheli Pratt-McHugh of Scranton loves running with friends for the support and camaraderie, but the coronavirus pandemic halted the get-togethers.

So, Pratt-McHugh did the next best thing and last week ran in her first “virtual 5K,” which nevertheless provided a sense of community even as she hoofed it alone in Green Ridge.

Virtual 5Ks have runners complete a race on their own wherever they choose to run, and submit a photo and/or statistics to the host organizer. Not necessarily new, virtual races initially began as a way for people to participate in events even if they couldn’t do it in person. Now, amid the COVID-19 outbreak, virtual 5Ks have been on the rise as main events, locally and beyond, as an alternative to group race gatherings.

The Greater YMCA of Scranton, which is currently closed because of the pandemic, is hosting its first Virtual 5K, which began Friday and will end Thursday. Free to enter, the YMCA Virtual 5K is a way to get people active, said Meghan Carnevale, the YMCA’s mission advancement and marketing director. The Y’s 5K targets competitive runners, newcomers who might be intimidated by a regular 5K and walkers.

“It’s a really fun way to get our members and our community outside and keeping active and healthy,” Carnevale said.

The Scranton Running Co. also is holding its first virtual 5K, the Brick & Mortar Virtual 5K, from Thursday, April 30, to Saturday, May 2, as a fundraiser with a $10 entrance fee and all proceeds to benefit local restaurants. 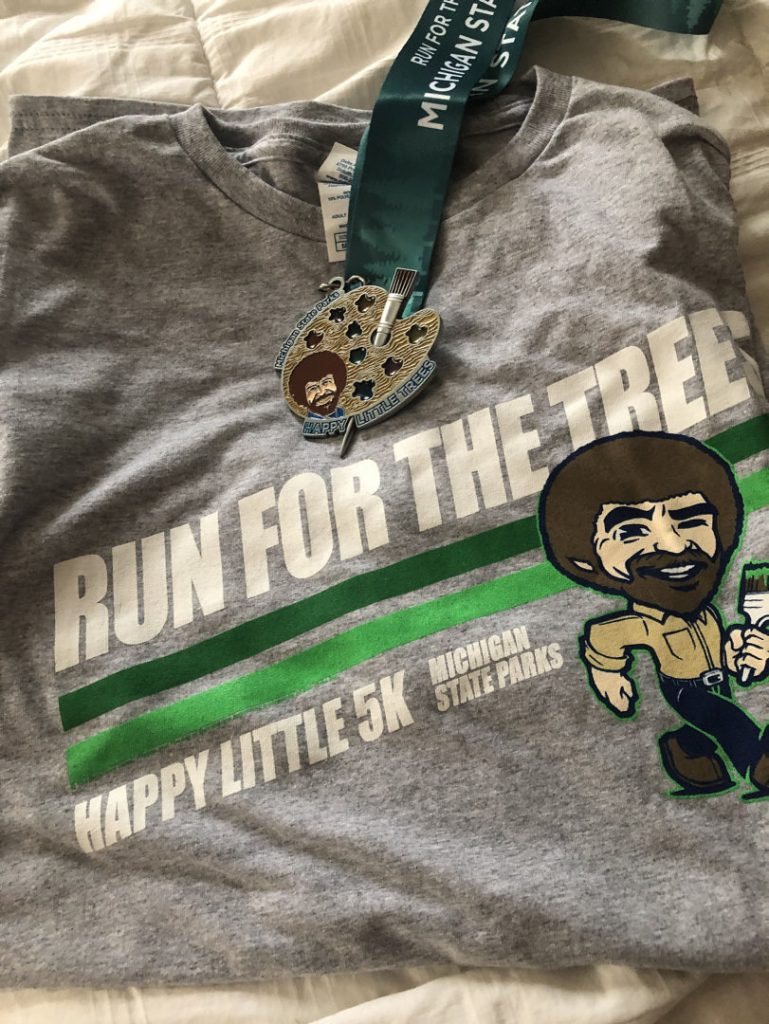 SUBMITTED PHOTO(br/>Pin and T-shirt from Run for the Trees Virtual 5K race held as fundraiser for Michigan State Parks. Shirt and pin were receiverd by Sheli Pratt-McHugh of Scranton, who ran in the virtual 5K race on Earth Day 2020.

The Scranton Running Co.’s brick-and-mortar location also is closed because of the pandemic, but Burne recently jump-started an online component.

Proof of Brick & Mortar race results must be submitted in the form of a screenshot of GPS data from running apps such as Garmin, Strava or MapMyRun, and must show the elevation gain from the run.

“We’re used to getting together. We’re social beings. We thrive off the community,” Burne said. “To do it this way (a virtual race) is a little different, so we’re doing the best we can.”

Pratt-McHugh has been running with the Scranton Running Co.’s Barrier Breakers for the past five years and misses the supportive environment the group provides. A librarian at the University of Scranton, she learned from librarian groups of the “Run for the Trees Virtual 5K” fundraiser to benefit parks in Michigan. It sounded like fun, and its swag — a pin and T-shirt featuring the likeness of painter Bob Ross, who hosted an instructional television show on PBS in the 1980s-90s — sealed the deal for Pratt-McHugh. She ponied up the $35 fee and ran the 5K around the Green Ridge section of Scranton on Wednesday, Earth Day.

“That was my first virtual 5K, and that one wasn’t even local,” Pratt-McHugh said.