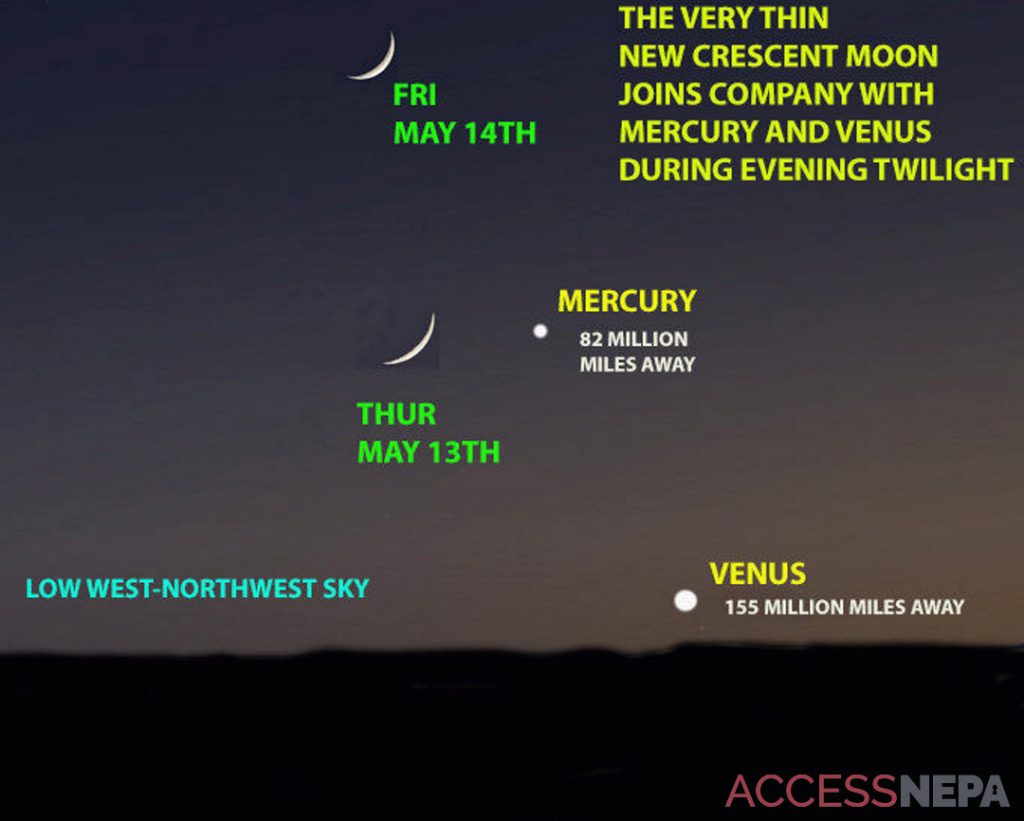 Virgo the Virgin a large but faint constellation

Of all the constellations we see through the year, Virgo the Virgin is the second largest. The only problem is that it’s also one of the faintest in the Pottsville heavens. With a lot of visual digging, Virgo can be found in the low southeast evening sky this time of year. Virgo does have one bright star, though. It’s Spica, and it’s very easy to see because it’s by far the brightest star in the low southeast. Even if you have to put up with light pollution, you’ll have no trouble spotting Spica.

Virgo is also one of only three constellations that portrays a woman. The other two are Andromeda the Princess, seen in autumn and winter, and Cassiopeia the Queen, seen all-year round in the northern sky. Cassiopeia is a really bright constellation that looks like a “W.” This time of year, Cassiopeia is barely above the northern horizon in the early evening. It’s easily seen, since its stars are as bright as the stars that make up the Big Dipper. By the way, that “W” allegedly outlines the throne that Queen Cassiopeia is tied to because she boasted that she was more beautiful than Hera, the queen of all the gods. Hera tied her to the throne and tossed her into the sky so Cassiopeia could show off her “beauty” to everyone on Earth. It’s never a good idea to tick off Hera!

Admittedly, Virgo is not a constellation for beginners. It’s a real challenge, although this week you have a better chance of spotting it because there’s hardly any moonlight in the sky. Even after you’ve found Virgo, it’s beyond imagination how that oddball-shaped constellation is supposed to be a lady holding a shaft of wheat!

Spica appears as a single bright star, but it’s actually a binary, two giant stars revolving around each other about 263 light-years, or 1,519 trillion miles, away from Earth. One of the stars is more than 10 times the mass of our sun and more than seven times larger, with a diameter of almost 5 million miles. Both stars are much hotter than our sun, with surface temperatures well over 30,000 degrees. The Spica stars are moving away from us at a speed of 2,000 miles an hour, although no farewell parties are planned anytime soon. Despite its tremendous fleeing speed, Spica will still adorn our spring and summer heavens for many evenings to come.

Suppose you’re lucky enough to have access to a larger telescope, and you’re really out in the boonies. In that case, you can see at least a few of the many galaxies that make up what is appropriately called the Virgo Cluster. It’s about 60 million light-years from Earth. As you can see in the diagram, these galaxies are located a little to the right of the main constellation. Since Virgo is so faint, it’s easiest to use the star Spica as a bearing. The Virgo cluster will be 20 degrees, or about two fist-widths at arm’s length, to Spica’s upper right. To be entirely above board with you, you’ll probably be less than overwhelmed with how these galaxies appear in your scope, even a larger one. At best they will be mainly fuzzy patches, but those fuzzy patches are entire islands of stars, each filled with billions and billions of stars.

Virgo the Virgin is associated with Demeter, the goddess of the harvest and fertility of the Earth. In many ancient cultures, the first sighting of Spica in Virgo was a cue to start their spring planting. When Spica and Virgo leave the evening sky, about five months later in autumn, the growing season is over. According to mythology, when Virgo leaves the living land, she sets out on her annual search in the underworld for her slain husband, Tammuz. At last report, she hasn’t found him yet, but she resumes her search after every growing season. The grand lady of the night sky doesn’t give up easy!

On Thursday, in the early evening just as twilight ends, look for a very thin new crescent moon in the low west-northwestern sky. Just to the right of the moon they’ll be a bright star that’s actually the planet Mercury. To the lower right of Mercury and the moon, very close to the horizon there’s a much brighter “star.” That’s Venus!