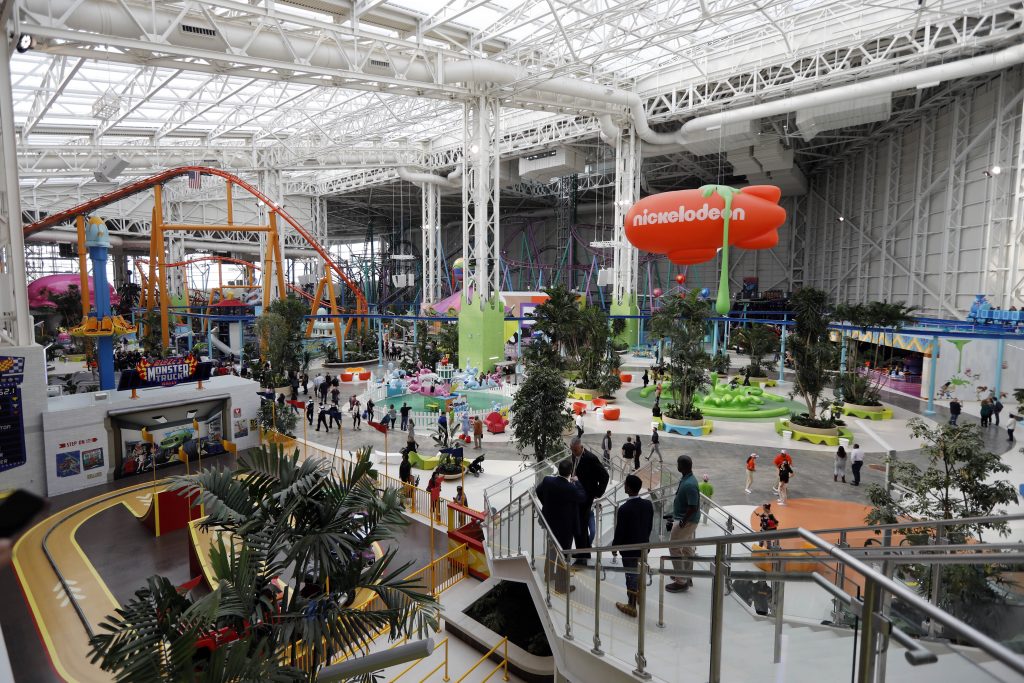 Up for a road trip? The American Dream mall has opened

EAST RUTHERFORD, N.J. (AP) — More than two decades ago when a mega entertainment and shopping complex was being conceived on a vast swath of swamp land in New Jersey, the iPhone didn’t exist, Amazon was only selling books online and malls were where you went for all your shopping needs.

Now, after endless fits and starts and billions of dollars spent, American Dream is officially opening its doors to the public as the second largest mall in the country, and third largest in North America. It will showcase 3 million square feet of leasable space dedicated to more than a dozen entertainment attractions like a 16-story indoor ski slope, rollercoaster, waterpark and eventually 450 retail, food and specialty shops.

The big question is: Who will come?

In today’s retail landscape, consumers are glued to their iPhones and smartphones, where they can do their shopping without ever leaving their couch. Amazon has morphed into the biggest online retailer in the world. And overall traffic at malls, which had been on the rise in the late 1990s, has declined 10% since, according to an estimate by Coresight Research.

A report from Credit Suisse published two years ago predicted that up to a quarter of the shopping malls will close by 2022 given the increasing popularity of online shopping and a rash of store closings. Since 2015, only nine malls have been built, a dramatic fall from their peak construction in 1973 of 43, according to CoStar Group, a real estate research firm.

Amid that new reality, American Dream is looking to draw 45 million to 50 million visitors in its first year. Entertainment will account for more than half of its space, including attractions like a bunny field and an aviary. There will also be a doggy day care and a luxury wing, where shoppers can sip champagne and sample caviar as they wait for their designer handbags to be wrapped. 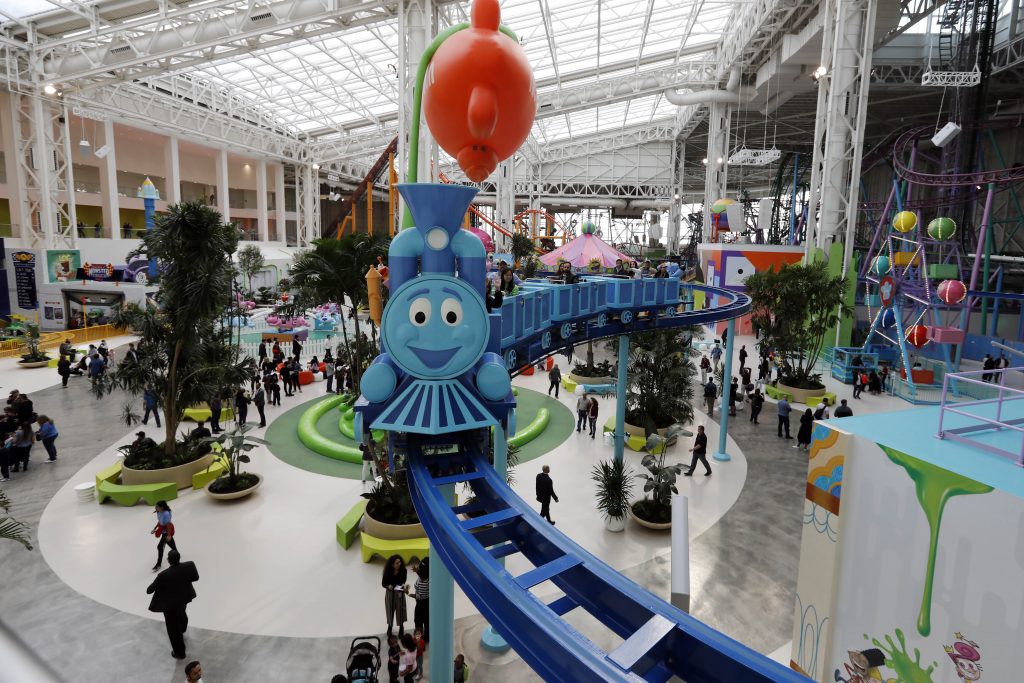 RICHARD DREW / ASSOCIATED PRESS Visitors to the American Dream mega entertainment and shopping complex in East Rutherford, N.J., ride Dora’s Sky Railway, Friday, Oct. 25, 2019. After endless fits and starts and billions of dollars spent, American Dream is officially opening its doors to the public as the second largest mall in the country, and third largest in North America.

“You can make it your backyard playground if you live in Manhattan or even if you’re in New Jersey,” said Ken Downing, chief creative officer for Triple Five Group, the mall’s developer. “It’s a staycation. So, it’s a little bit of competing with mindset and emotion, far more than a property or even Disneyland.”

During the opening on Friday, which was limited to a few thousand visitors, the smell of saw dust and sound of electric drills served as a reminder that the American Dream is still a work in progress. Only two of the major entertainment attractions were open: an ice-skating rink and the Nickelodeon Theme Park, although not all the rides were up and running.

American Dream won’t be fully operational until next spring. The complex will unveil the rest of the attractions like the ski slope and waterpark by the end of the year; stores and restaurants will open in March.

At the ice-skating rink, spectators were watching professional skaters do routines. New Jersey Governor Phil Murphy and his wife Tammy took a spin on one of the rollercoasters, along with other state officials.

“The attraction is this,” said Giovanni Scolaro, who lives in nearby Elmwood Park, New Jersey, pointing to the amusement park. “I have a 7-year-old child and grandchildren. This is going to be a draw.”

Canada-based mall and entertainment conglomerate Triple Five in 2011 took over the massive project originally dubbed Xanadu from two developers, whose plans included building the world’s largest Ferris wheel. The idea was envisioned in the late 1990s but the project didn’t break ground until 2004. 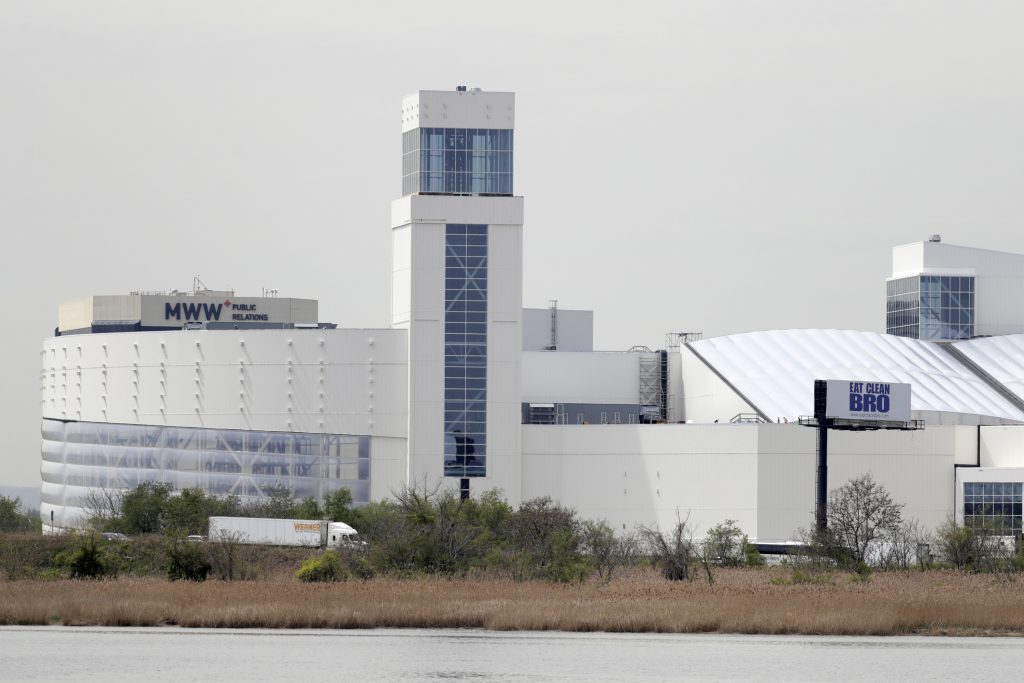 JULIO CORTEZ / ASSOCIATED PRESS FILE
This April 25, 2019, photo shows the exterior view of the construction site of the American Dream mall in East Rutherford, N.J. Now, after endless fits and starts and billions of dollars later, American Dream is officially opening its doors to the public as the second largest mall in the country, and third largest in North America.

It languished during the early years and its multi-colored, checkerboard exterior — since removed — drew derision. Then-New Jersey Gov. Chris Christie called it “an offense to the eyes” and “the ugliest damn building in New Jersey and maybe America.”

The project was suspended in 2009 during the financial crisis after a Lehmann Bros. affiliate failed to fund its share of the construction. Creditors seized the project in 2010, and Triple Five came on board a year later, renaming it American Dream.

Triple Five reimagined American Dream as a community hub for tourists and locals, taking a page from two other malls it had developed: West Edmonton Mall in Alberta, Canada and Mall of America in Bloomington, Minnesota — the two largest malls in North America. Entertainment was a big selling point for both, accounting for 20% of the West Edmonton Mall’s space and 30% of Mall of America’s. That compares with the 6% average for U.S. malls, according to CoStar.

Don Ghermezian, CEO of American Dream and president of Triple Five, said that when taking over the site, he realized what was going to happen in retailing and knew he needed to make an even bigger statement with American Dream.

“Everybody talks about the future of retail and the future of entertainment, and how you merge the two,” Ghermezian, said during a brief press event. “But there really isn’t a center on the planet that has done it to the degree that we’ve done in here.”

Ghermezian told The Associated Press that he expects American Dream to surpass sales at both West Edmonton Mall and Mall of America, generating more than $2 billion in sales per year. But there are a fair share of skeptics who wonder about the mall’s chances of success, especially given its proximity to New York City less than 10 miles away. 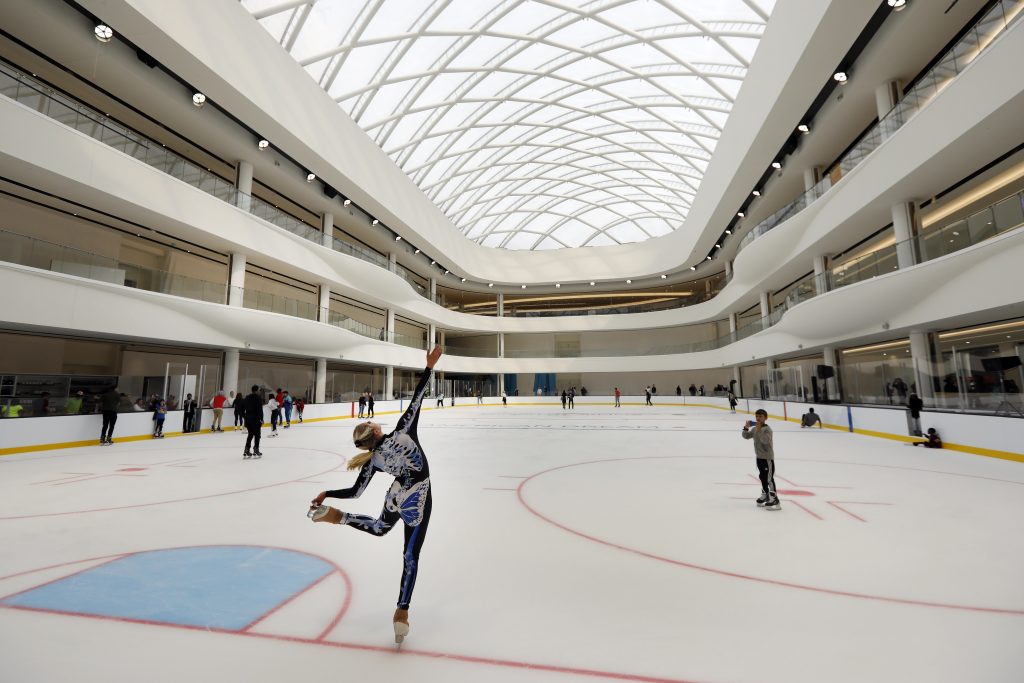 “This development will either sink or swim,” said Jason Goldberg, chief commerce strategy officer of Publicis Communications. “It’s going to be tough to get a lot of attention when you are next to a much bigger amusement park — Manhattan.”

Goldberg believes the complex could work if the amusement park entices enough families in New Jersey to get into their cars and drive out there . But he’s not sure about how stores will fare since many of the tenants like Zara and Uniqlo can be found elsewhere. Another thorny situation: The mall will abide by the blue laws, meaning retail will be closed Sundays even though the restaurants and theme parks will be open, says James Cassella, the East Rutherford, N.J. mayor.

Still, there’s reason for hope. While vacancy rates on average at the nation’s malls are currently at 4%, top malls have been the industry’s bright spot, boasting strong traffic and currently averaging a 2% vacancy rate, says CoStar. That’s compared with the bottom rung of malls, which are wrestling with a 7% average vacancy rate.

Olivia Marino-Myers of Nutley, New Jersey brought her 4-year-old daughter to American Dream on Friday, where they visited the skating rink and rode a few rides.

“I do a lot of online shopping. I don’t go to the mall so much,” she said. “I think this might drive me back.”