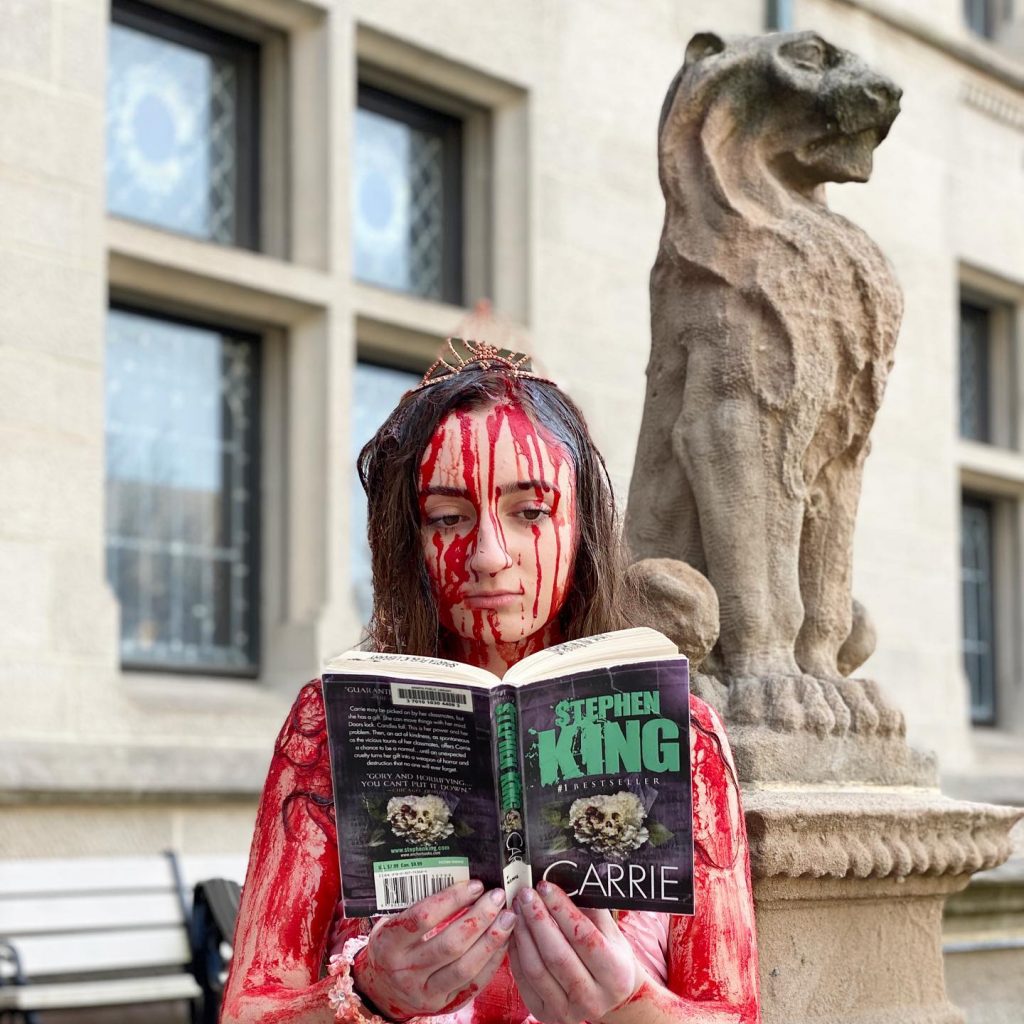 You might have spotted Erin Horan hitting up hot spots around Scranton recently. After all, it’s hard to miss a young woman in a prom dress covered in blood.

The University of Scranton sophomore has taken on the title role in the musical adaptation of Stephen King’s legendary teen horror story, “Carrie,” which the U of S Players will present Fridays through Sundays from Feb. 28 to March 8. Shows will take place in the Royal Theater of the university’s McDade Center for the Literary and Performing Arts.

Dressed in costume with streaks of fake blood across her hair, face and pink dress, Horan recently trekked to such sites as Albright Memorial Library and the Marketplace at Steamtown to snap some promotional photos for her U of S Players debut.

“That was a crazy day,” the Long Island, New York, native said. “We started out on campus, which was an experience. … Some people recognized I was Carrie. Some people were scared (and) thought I was hurt. We went all around. It was fun seeing the reactions.”

The iconic role is recognizable to many thanks to Sissy Spacek’s terrifying turn as the telekinetic teen in the 1976 film adaptation of King’s 1974 novel. The story chronicles Carrie’s struggle to fit in with her religious mother and her classmates, and it takes a dark turn when Carrie attends the prom.

The first iteration of the “Carrie” musical failed spectacularly on Broadway, closing just three days after it opened in May 1988. The show eventually underwent a revision, and the U of S Players will present that reworked off-Broadway edition, featuring a book by Lawrence D. Cohen, lyrics by Dean Pitchford and music by Michael Gore. Bob E. Gasper once again returns to direct.

“This version, they really fixed everything,” Gasper said.

The plot closely follows the one familiar to readers and filmgoers but is set in present-day, he said, so social media and bullying play into the proceedings. The audience also might have a little more empathy for the characters in the musical, he added.

“You understand the mother’s motive more,” Gasper said. “It’s not done in a campy way at all. It’s actually a very serious story about a mother-daughter relationship. … It follows (the original) pretty closely, but you definitely get a sense of where the mother’s coming from a little bit more.” 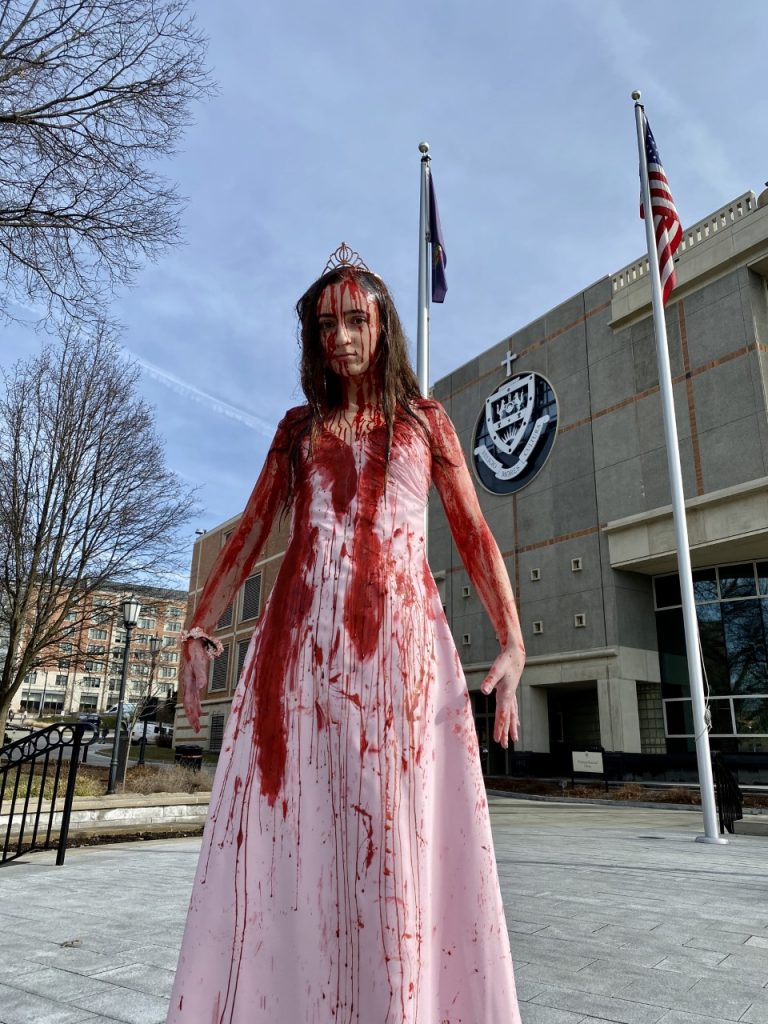 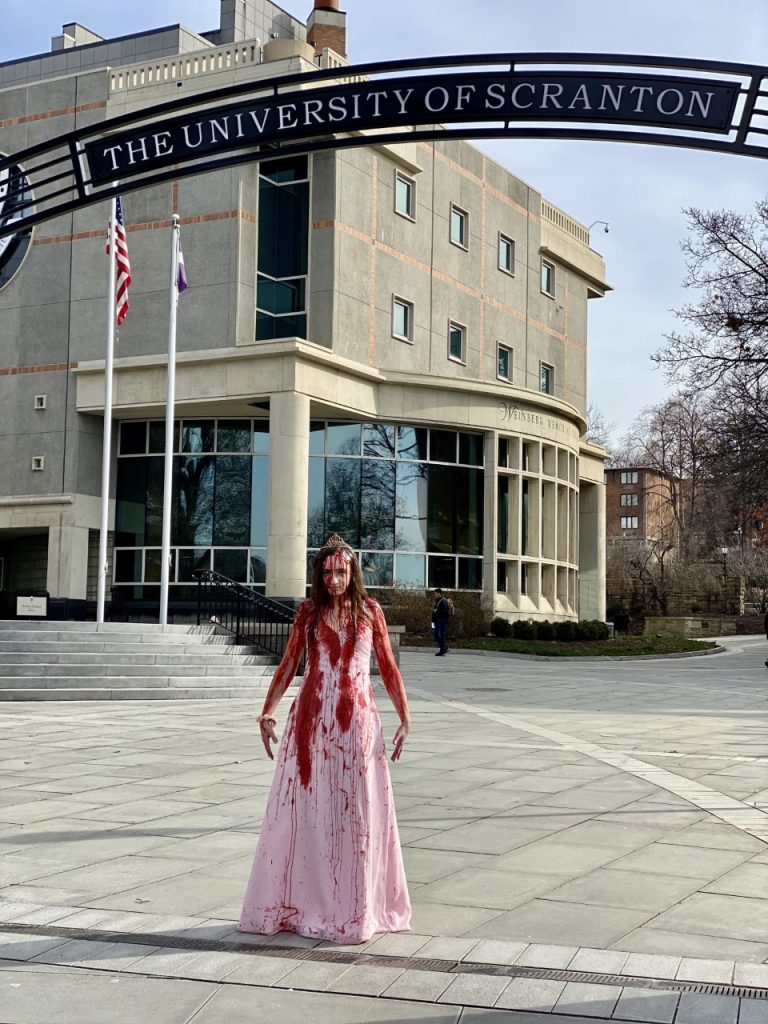 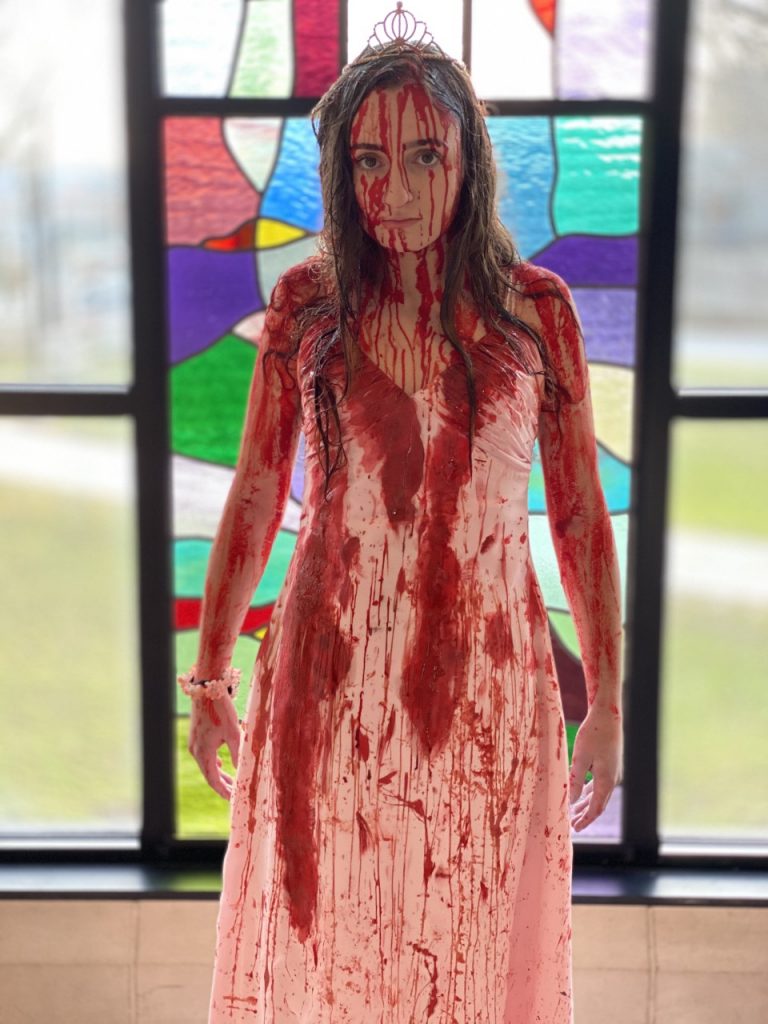 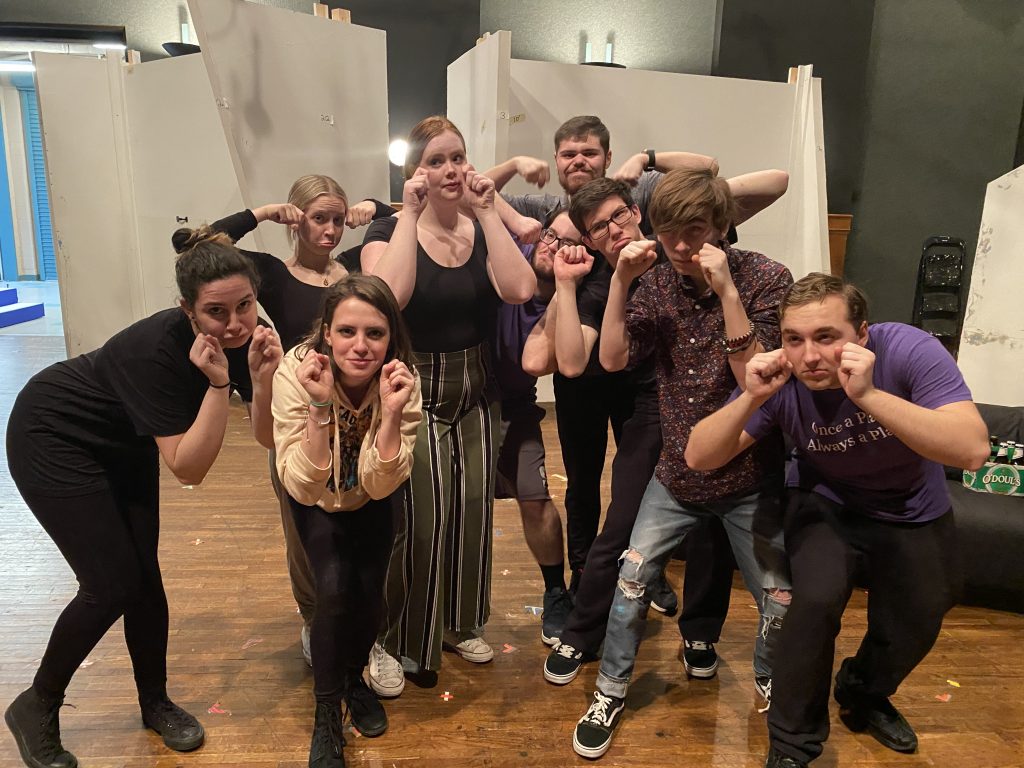 SUBMITTED PHOTO
Cast members of the University of Scranton Players’ production of “Carrie: The Musical”

Horan described Carrie’s relationship with her mother, Margaret as complicated because, while they love each other, Margaret cares about her religion more.

When Horan first saw “Carrie: The Musical” in high school, she said, she fell in love with the music and the story. The songs range from an intense opening number full of angsty teenagers singing about the importance of fitting in to soft ballads to musical fights between Carrie and her mother, Horan said. It all amounts to an “emotional roller-coaster” full of funny, sad and really entertaining moments, she added.

“I would say that even though the show does end on a bit of a sad note, there is so much honesty in the show. … (Carrie) does have this crazy power that drives her to murder and everything, but at the end, I think it’s easy to see yourself in Carrie, because she just does want to fit in with her mom and the kids at school,” Horan said

When it comes to the climactic incident involving Carrie and a load of blood, audiences won’t have to worry about a “splash zone,” Gasper said, noting that they’ll use some “theatrical magic” to handle the scene.

He urged audiences to “come in with an open mind.”

He and Horan both praised the cast and crew for their work so far.

The U of S Players also are using “Carrie” to help the community. Tickets cost $10 for general admission and $7 for students, staff, faculty and seniors, but people who bring a donation of an unopened box of feminine care products will receive $2 off their ticket price. The donations will go to a local women’s shelter.