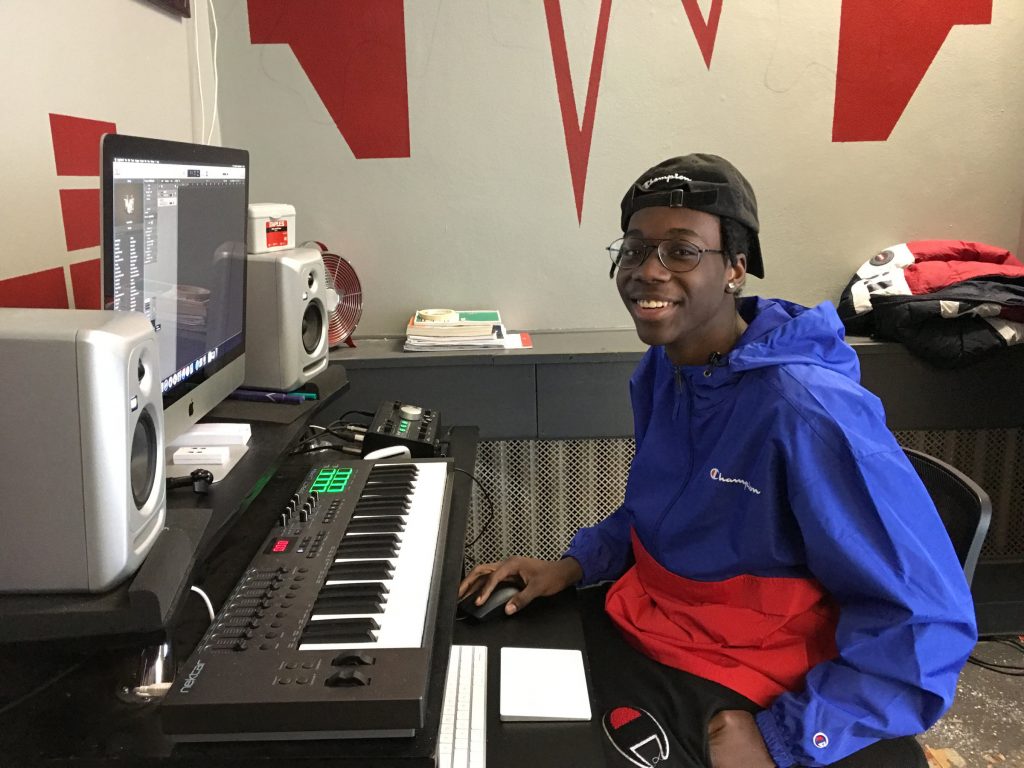 The 17-year-old city resident has been teaching himself audio and recording production rudiments and techniques at a digital studio at the NEPA Youth Shelter’s after-school drop-in center at 541 Wyoming Ave.

Rodrick, whose stage name is Rickyrich, credited the studio for spurring his interest in pursuing audio and music production after high school. He has applied to three recording institutes in New York City.

“I always liked music, but I never really understood this is what I want to do when I graduate as a career path,” said Rodrick, a senior at the Scranton School District’s Lincoln-Jackson Academy. “If I didn’t come to the (youth) center, I wouldn’t have figured out I want to go to school for this and start performing.”

The nonprofit drop-in center opened in October 2017 for Scranton teens age 14 to high school seniors looking for a safe space to hang out and have some fun. The center, which is on the second floor of the Harry and Jeanette Weinberg Human Services Building, has rooms for homework, tutoring, activities, games, dining and relaxing.

The studio at the youth center came about last year as a project of a Leadership Lackawanna program, said youth center Executive Director/Founder Maureen Maher-Gray.

After a few boys at the center asked about creating a studio, the center partnered with Leadership Lackawanna, Gray said.

The Leadership Lackawanna Core Program took on the project and helped convert a small, former laundry room at the center into a studio where teens can produce and record their own music. The studio has some professional-grade equipment, including a computer, monitor, speakers, microphones and a recording booth.

Dedicated in May, the sound studio has been a big hit with teens who frequent the youth center, Gray said.

“We’ve had so many new boys because they’ve heard of it and they all end up in this small room,” Gray said. 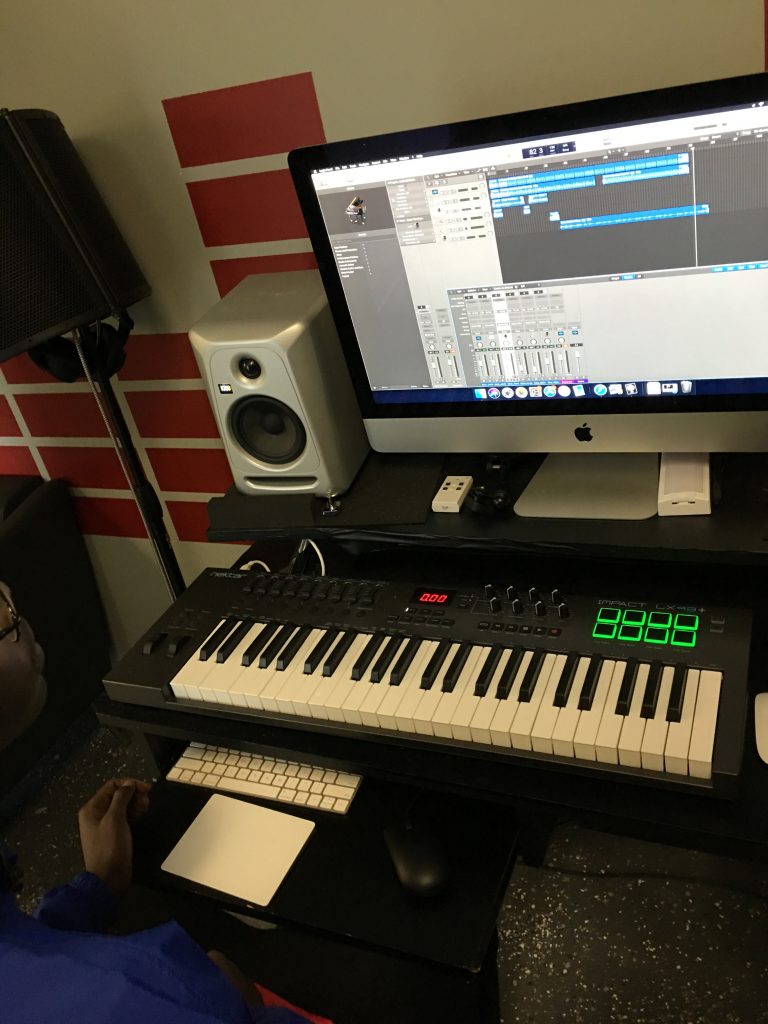 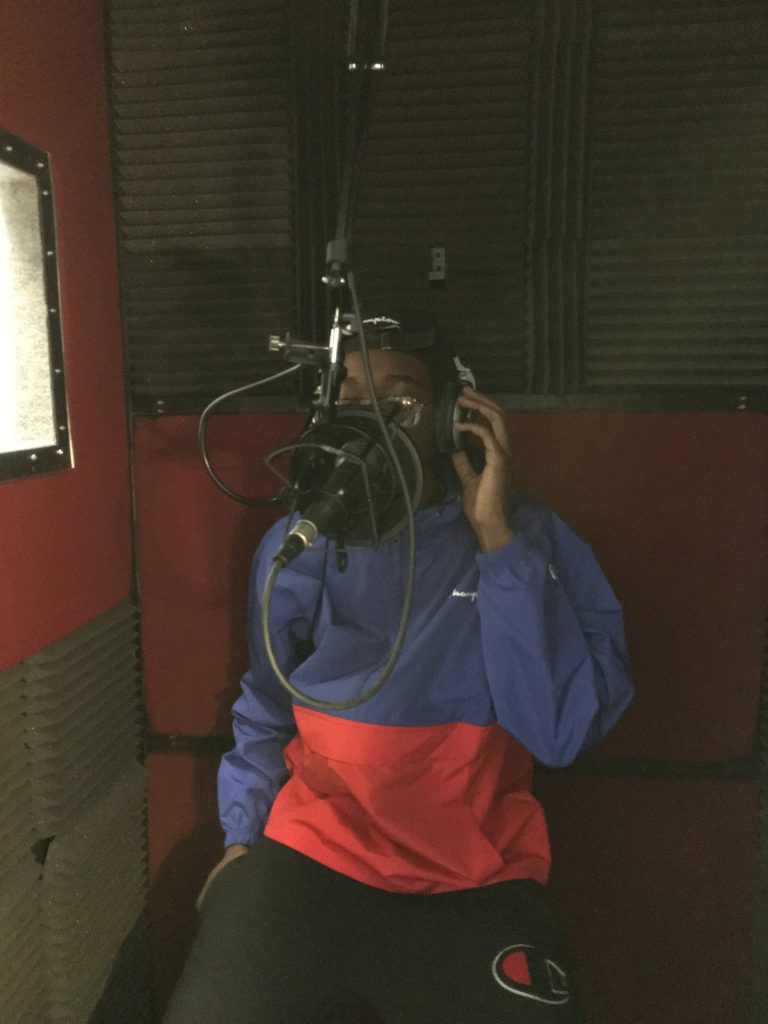 The sounds of having several youths packed into the tiny studio at one time, all working together, has been music to Gray’s ears.

“Just the creativity that they have, they’re being able to express it,” Gray said.

Some youths at the center recently released their first song, on YouTube. Rodrick served as producer.

“I’ll be able to go into the industry and work behind the scenes if I don’t make it as an artist,” Rodrick said. “I want to eventually make a record label called Timeless Audio Productions by Rickyrich — TAP for short.”

Rodrick was one of the first to frequent the nonprofit center when it opened, Gray said.

Rodrick said the center and Gray have been positive influences on him and other teens.

“I really appreciate this place and Miss Maureen. She is the ‘GOAT’ for us — the greatest of all time,” Rodrick said. “People come here and know they can come to Miss Maureen for anything. She’s really understanding about anything that’s going on in your life.”

“Anybody who comes here and stays and understands what you can and cannot do, they’re going to grow as a person,” Rodrick said.

For information, see nepayouthshelter.org­ or NEPA Youth Shelter on Facebook, or call the center at 570-909-9671.