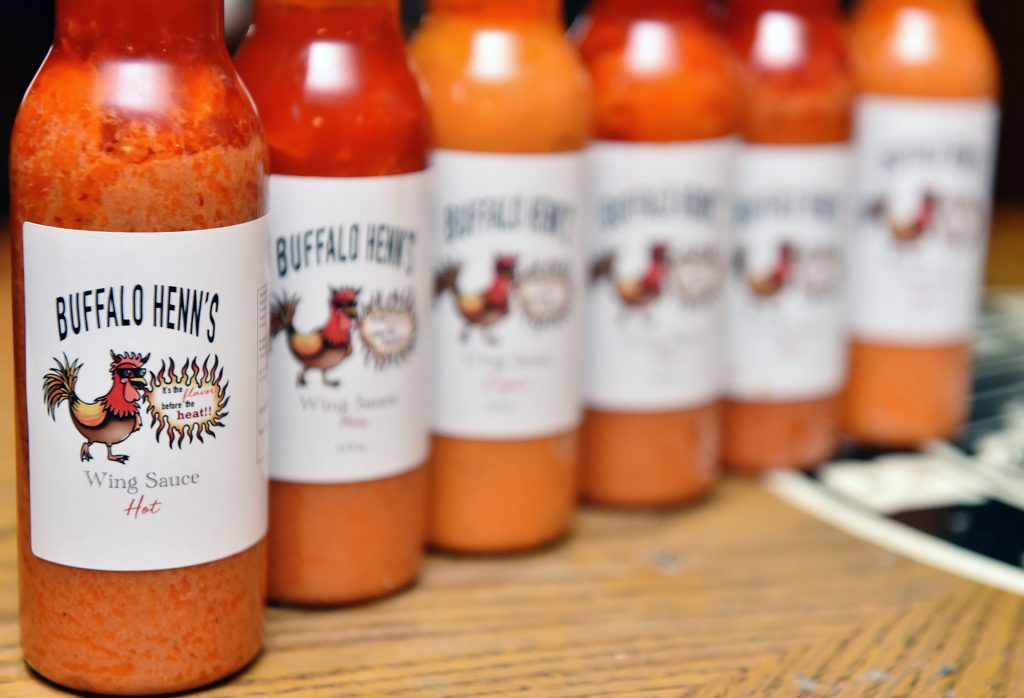 Popular chicken wing sauces from the Brickhouse Tavern in Dupont soon will be sold all over the world.

Bob Henn Jr., owner and CEO of the Brickhouse Tavern, recently began bottling his tavern’s wing sauces and calling them Buffalo Henn’s. They are now sold at the tavern in four flavors: mild, hot, inferno and cajun for $8.99 for each 12-ounce bottle.

The tavern’s popular wing sauces caught the attention of entrepreneur and original shark from “Shark Tank” Kevin Harrington, who recently met with Henn and his son Robert Henn III in Las Vegas and agreed to partner with them for the next year.

By partnering with Harrington, Henn said they can now take their idea “to the next level.” Soon, Henn said his wing sauces will be sold on Amazon and Shopify.

“He’s going to get us on QVC and the Home Shopping Network,” Henn said. “Once you get on QVC, you’re basically made.”

Henn received an email from Harrington, whose claim to fame is being the “inventor of the informercial,” stating that he was interested in his wing sauces and wanted to meet with him to talk about a partnership and investment.

After spending more than an hour on the phone, Harrington invited Henn and his son to come to Las Vegas and talk to his team which he said is “like a pre-panel to Shark Tank.”

His son, who has a marketing degree from Stevens Institute of Technology in Hoboken, New Jersey, came up with the idea to start bottling the wing sauces and selling them.

They can bottle about 2,000 wing sauces a week at the Brickhouse Tavern and Henn said he is now looking for a bottling plant and opportunities exist to create a number of future jobs. 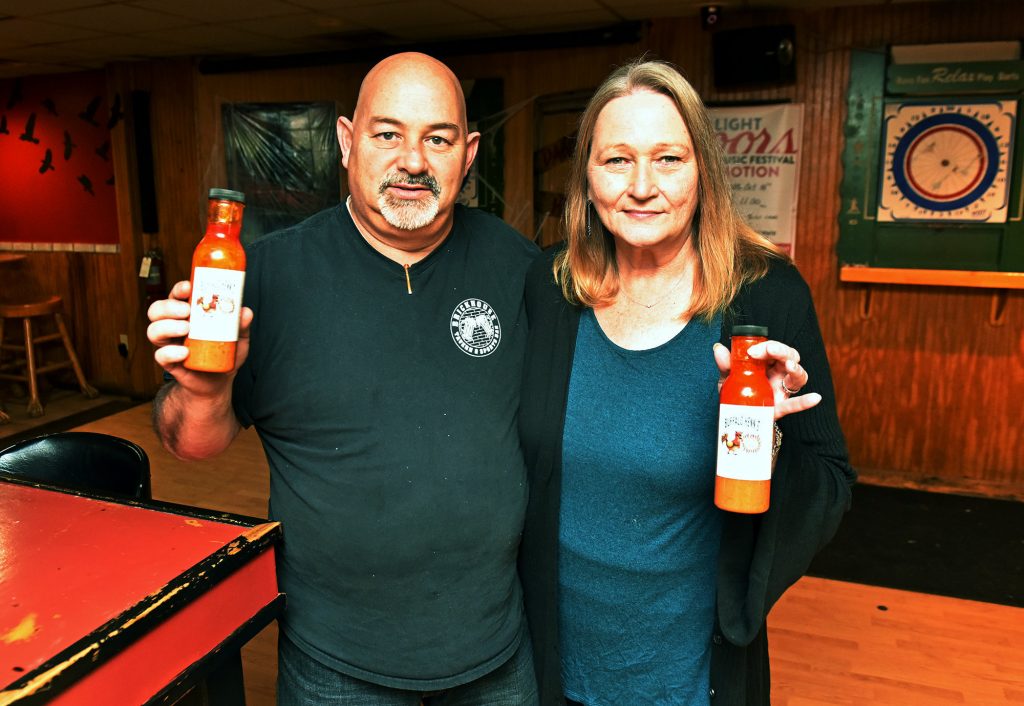 They have been promoting the wing sauces on Facebook pages for the Brickhouse Tavern and Buffalo Henn’s. A website, buffalohenns.com, is coming soon where people also could order the wing sauces. So far, they sold more than 500 bottles of wing sauces, Henn said.

Henn, who formerly lived in Brooklyn, New York and New Jersey and now lives in the Poconos, has owned the Brickhouse Tavern for the last five years.

Local business promoter Kline’s Korner recently declared the Brickhouse Tavern as the winner of the best wings in Northeast Pennsylvania and best wing night in 2019.

Over the years, Henn said customers have asked them repeatedly if they could buy their wing sauces.

“Our business has more than tripled in the last year,” he said. “We have people traveling all over from 30 minutes to an hour away just to get our wings.”

A few diners also have contacted them about using their wing sauces as well at a pizzeria in New Jersey with five locations and a restaurant and catering hall in Long Island.

Now, people can buy the sauces and make their own wings at home, Henn said.

“There’s no really true wing sauces out there,” he said. “You can get hot sauces that you still have to take home and produce into your own flavored wing sauce, adding butter and all the ingredients. We took that step away from you. Now you can get true wing sauce. You just open it up and pour it on your wings.”

Henn and McDonnell said people could make the wings anyway they want, but they deep fry them for 21 minutes.

“They come out really crispy on the outside and juicy on the inside,” Henn said.

McDonnell said the sauces are made with real butter, not margarine, and “good quality ingredients” including ghost chili peppers in the hot and inferno sauces. Cooking the wings properly “means a lot,” she said. She added that receiving recognition from Harrington for the wing sauces “is pretty nice.”

“It’s a great opportunity,” she said.