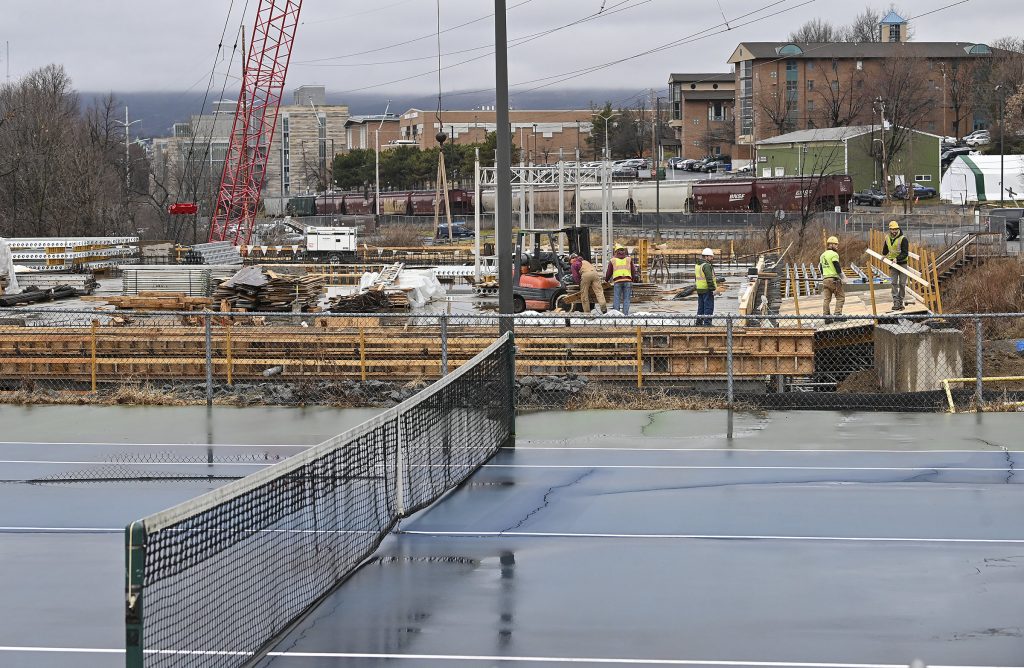 Tank-top tennis is coming to the Hill Section.

Pennsylvania American Water is serving up an unusual foundation for a pair of new tennis courts at the University of Scranton.

The two new courts will go atop a 1.4-million-gallon sewer stormwater overflow tank under construction by the water company along Ridge Row near Prescott Avenue.

The concrete tank, which displaced two tennis courts that used to be in that spot, is next to four existing tennis courts. The recreational facility, called Royal Courts, overlooks Roaring Brook, a short distance west of the Harrison Avenue Bridge.

The tank and two new tennis courts are expected to be completed in the summer, water company spokeswoman Susan Turcmanovich said.

“This is the first time Pennsylvania American Water developed a project with public-use space on top of it,” Turcmanovich said. The unusual pairing — a recreational use atop a large storage tank — is not unheard of in the U.S., but it’s also not very common, she said. 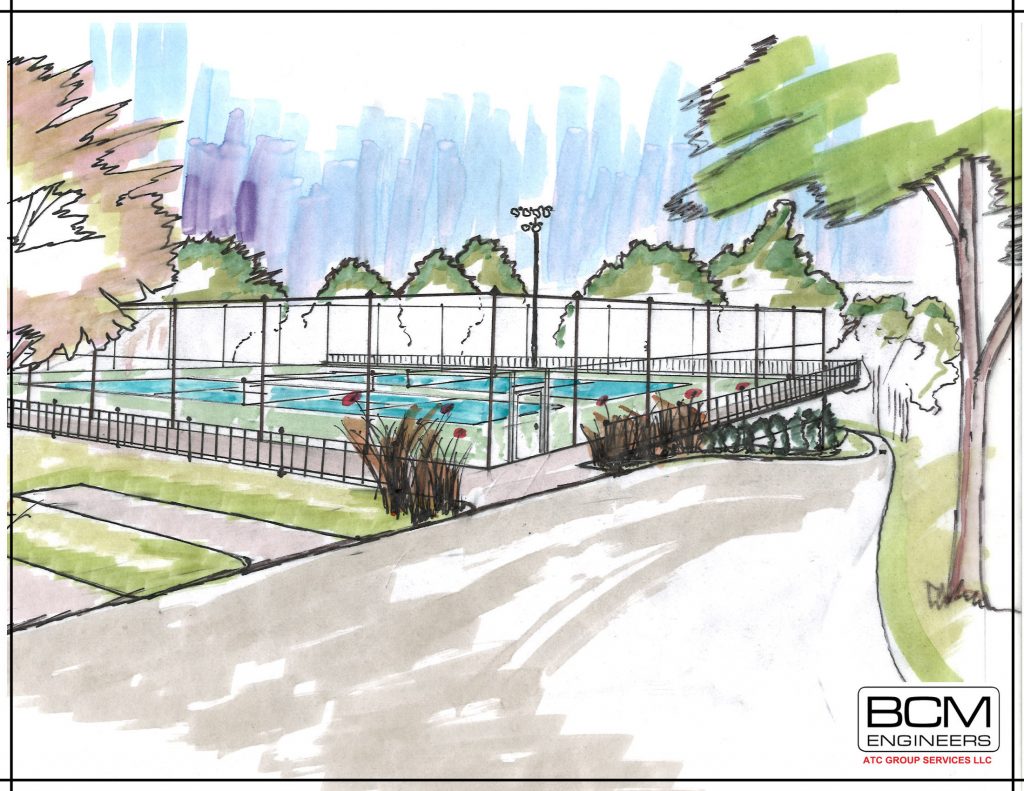 COURTESY OF PENNSYLVANIA AMERICAN WATER
Rendering of tennis courts to go atop 1.4-million-gallon stormwater sewer overflow tank constructed by Pennsylvania American Water along Ridge Row at the University of Scranton.

Other examples of the tops of storage tanks used for another purpose include tracks, parks or parking lots, she said.

The top of a very large tank in Virginia sports a soccer field, she said.

The PAW holding tank along Ridge Row in Scranton is one of several mandated upgrades called combined sewer overflow (CSO) tanks undertaken by the water company and its predecessor, the Scranton Sewer Authority, in recent years.

CSO tanks hold combined household wastewater and stormwater overflow during heavy rain. After rain subsides, the overflow is released into sewer lines that flow to the water company’s sewage treatment plant. The CSO tanks allow for temporary storage of combined wastewater/stormwater overflow, instead of having it dumped from outfalls directly into waterways.

The Ridge Row tank is similar to a 1.1-million-gallon CSO tank built by the SSA a few years ago near the Linden Street bridge over the Lackawanna River. Construction of the Ridge Row tank began in August 2018, and the project cost $11.4 million.

After the Ridge Row tank is completed, the water company will install the tennis courts on top of it — and add a small restroom near the existing courts.

Fencing for the courts atop the tank will be 12 feet tall, which would be equal to, or higher than, the existing fencing at the adjacent courts. The surface of the tank-top tennis courts will be the same surface as the neighboring courts, colored asphalt. 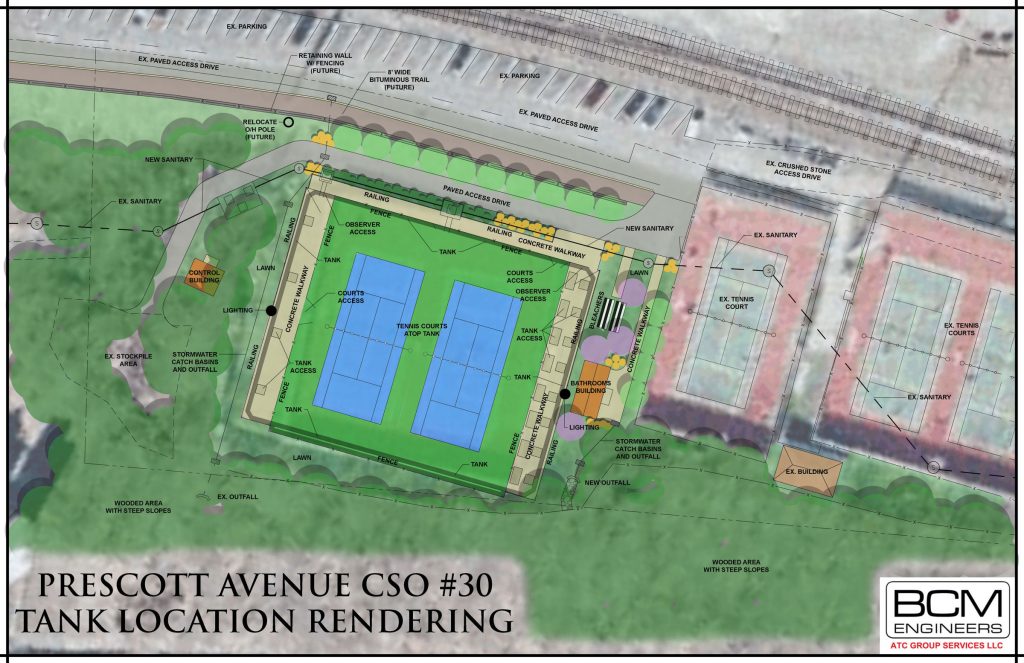 COURTESY OF PENNSYLVANIA AMERICAN WATER
A rendering of tennis courts to go atop a water tank at the University of Scranton.

Once a thin layer of asphalt goes on top of the new tank, the university will resurface the existing courts, so all surfaces will be new and match, said Dave Martin, the university’s director of athletics.

“It will give our tennis court facility a fresh look,” Martin said.

Home matches of the university’s tennis teams this spring will be held at the Birchwood Tennis & Fitness Club in South Abington Twp., he said.

“Short-term inconvenience for long-term gain,” Martin said of the situation.

The Royal Courts are open to the public, as long as students are not using them, he said.

“It’ll be great for the university and the community,” Martin said of the improved facility. “A lot of people play there.”