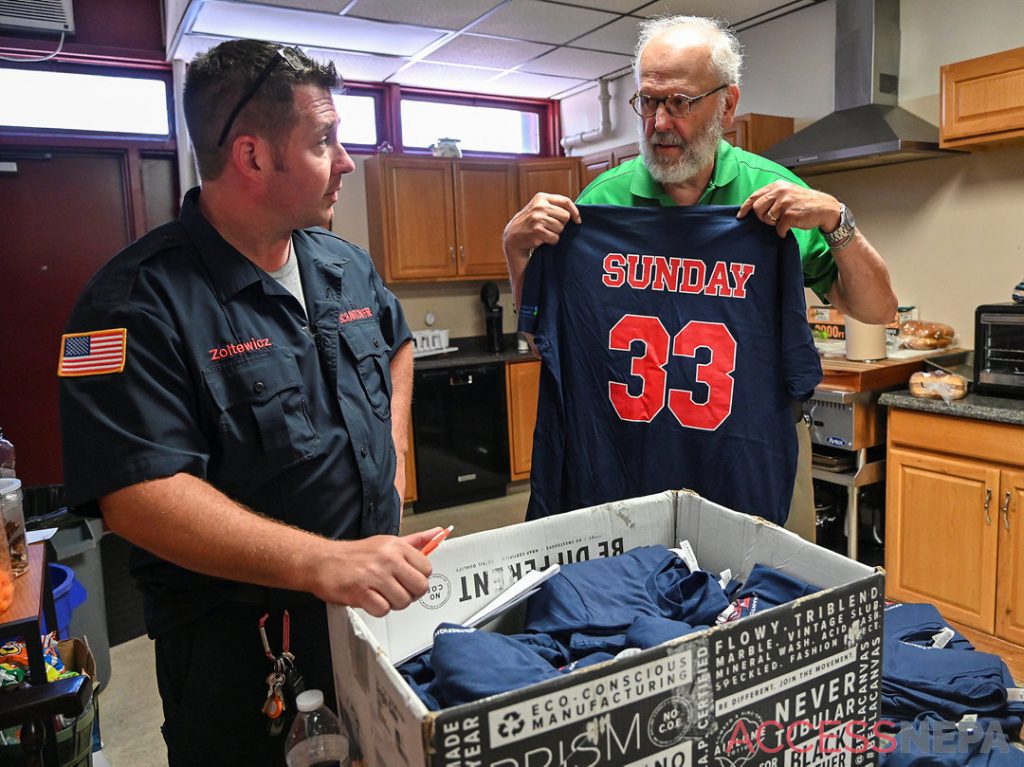 Though gone, Stephen Sunday is still part of the Scranton Fire Department.

For the last few months, firefighters sold T-shirts as a way to honor the memory of Sunday, who died Dec. 29 from COVID-19 at age 28. The crews have been allowed to wear the shirts while on duty, Fire Chief John Judge said.

“So he’s riding with us every day,” Judge said.

Firefighter Nick Azzarelli said the shirts are for sale for $20 at the department’s Mulberry Street headquarters and the Truck Company 4 station on North Main Avenue. They’ve raised about $2,600 of their $5,000 fundraising goal and have sizes available from small to 4XL.

Sunday, a 2010 West Scranton High School graduate, was a standout baseball player and played on championship teams at Sullivan County Community College and St. Thomas Aquinas College in New York and played in the independent Frontier Baseball League. He cheered on the Boston Red Sox and was a fan of the team’s former catcher, Jason Varitek, Azzarelli said.

“His dad would take him down to Florida for spring training games to see Varitek,” Azzarelli said.

After baseball, Sunday became an EMT with Commonwealth Health Emergency Medical Services and joined the city Fire Department in January 2020, following in the steps of his maternal grandfather, John P. Lawless, who was a city fireman and chief during the administration of Mayor James J. Walsh. He was studying to become a paramedic, according to his obituary.

The blue T-shirts tell a story about those passions. On the back is Sunday’s name above the number 33 — Varitek’s number — in the style of a baseball jersey. On the breast is a fire service insignia and on the sleeve is the Commonwealth Health Emergency Medical Services logo.

“It speaks to the type of guy he was,” Judge said. “We remember him everyday and stay close to his family.”