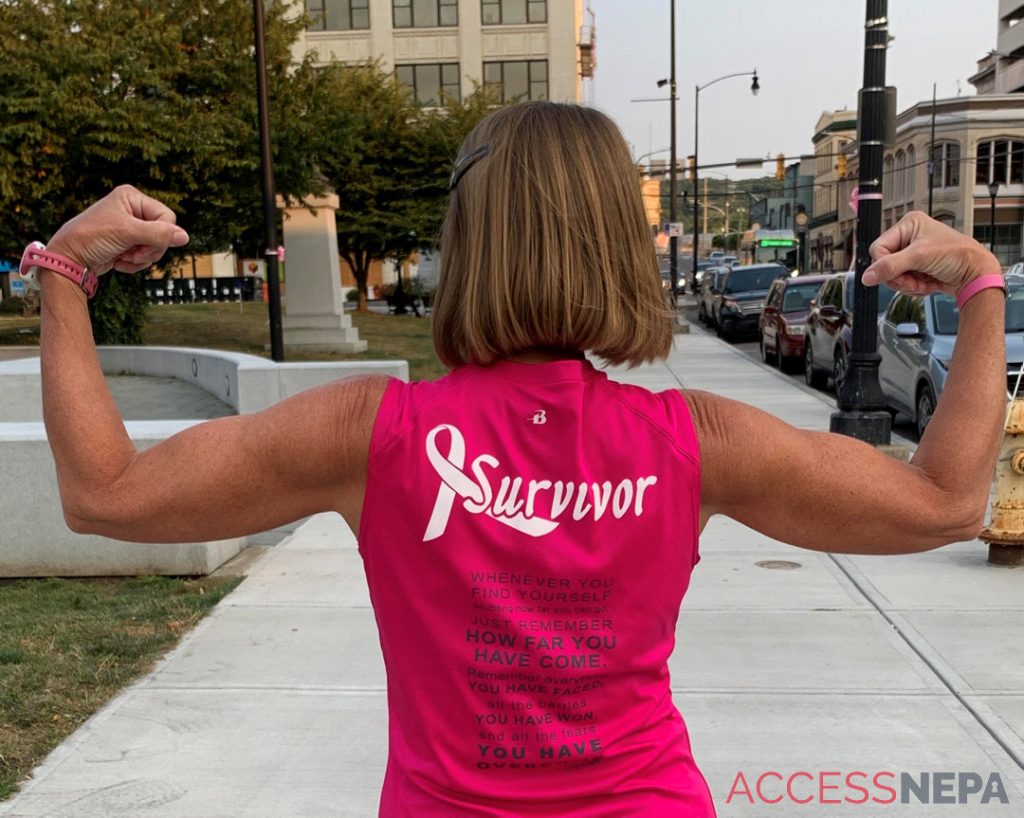 Instead of jostling toe to heel and elbow to elbow with thousands of other pink-clad runners and crossing the finish line to the roar of a crowd, Donna Rupp’s entry this year in the Race for the Cure was relatively quiet.

A breast cancer survivor, Rupp ran the Susan G. Komen Race for the Cure on Tuesday in downtown Scranton with two friends.

“We did the actual Komen course, so mentally we were doing the Race for the Cure,” said Rupp, of Scranton, who also is a member of the Komen local race committee.

If not for the COVID-19 pandemic, the Susan G. Komen Greater Pennsylvania’s 30th annual local Race for the Cure would have packed the downtown today with thousands of survivors, family members, friends and others for a run/walk fundraiser for breast cancer research, education, screening, treatment and other initiatives.

Instead, the Northeast Pennsylvania race was held virtually between Sept. 13 and today. Participants ran or walked on their own, in neighborhoods, trails or treadmills.

Participants could submit photos, videos and stories from their outings. Runners were encouraged to send screenshots of mileage and times for posting of race results.

In recent years, the annual Komen event annually drew more than 4,000 participants, not including spectators, to downtown Scranton — all decked out in the Komen signature pink.

The high point always came at the finish line, where emotions ran high as the crowd morphed into a joyous sea of people cheering, celebrating, hugging and crying.

“This (virtual ceremony) will pale” in comparison, Woody said.

“Imagine someone diagnosed or having a hard time. They come to the race and feel energized and uplifted. They know there’s a sense of community here, even if it’s only once a year,” Woody said. “It’s cathartic in a way, because that’s where you feel the greatest connections happen. It’s a magical moment, and you understand why we’re here.” 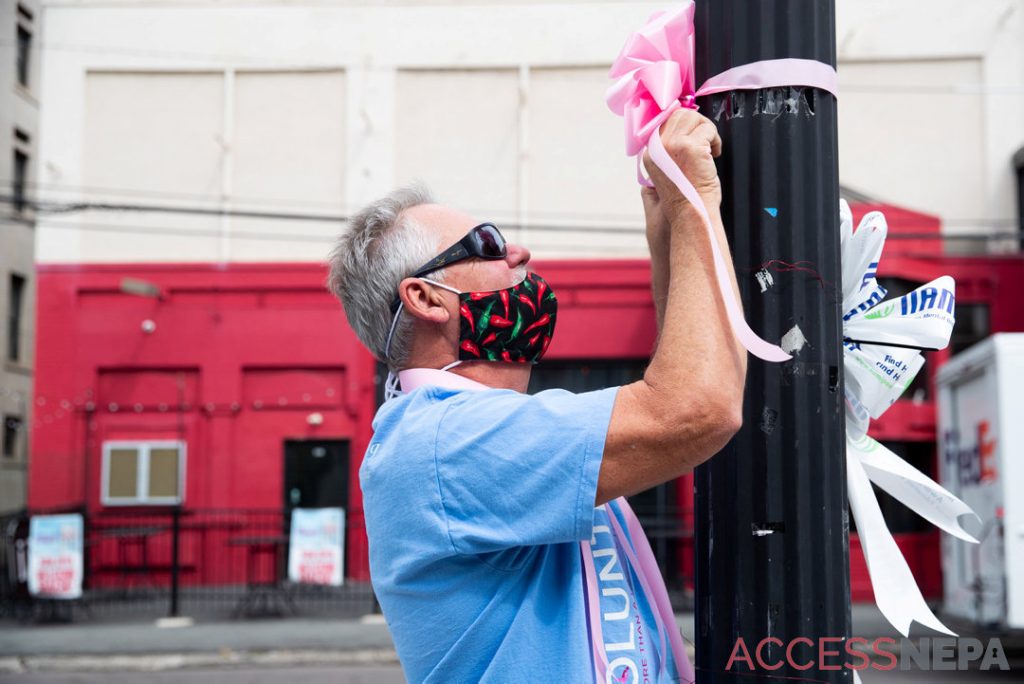 Rupp, 58, considers herself living proof that early detection of breast cancer saves lives. Diagnosed at age 40 after her first mammogram in 2002, she survived and began walking in the Komen race two years later. She started to run it a decade ago, and is team captain of her Barrier Breakers running group. A mother of two grown daughters, Rupp said it’s important that the race continue fundraising toward finding a cure.

While there was no crowd watching as she ran the course, “the emotion is still there because you know why you’re doing it,” Rupp said.

“Registrations and funds will be significantly less. We are going to do the best we can with the funds we receive,” Woody said. “The goal is the finish line. It’s finding a cure where there are no more races” needed.

Timed races close Saturday, but registration for other participation remains open until Thursday at noon.