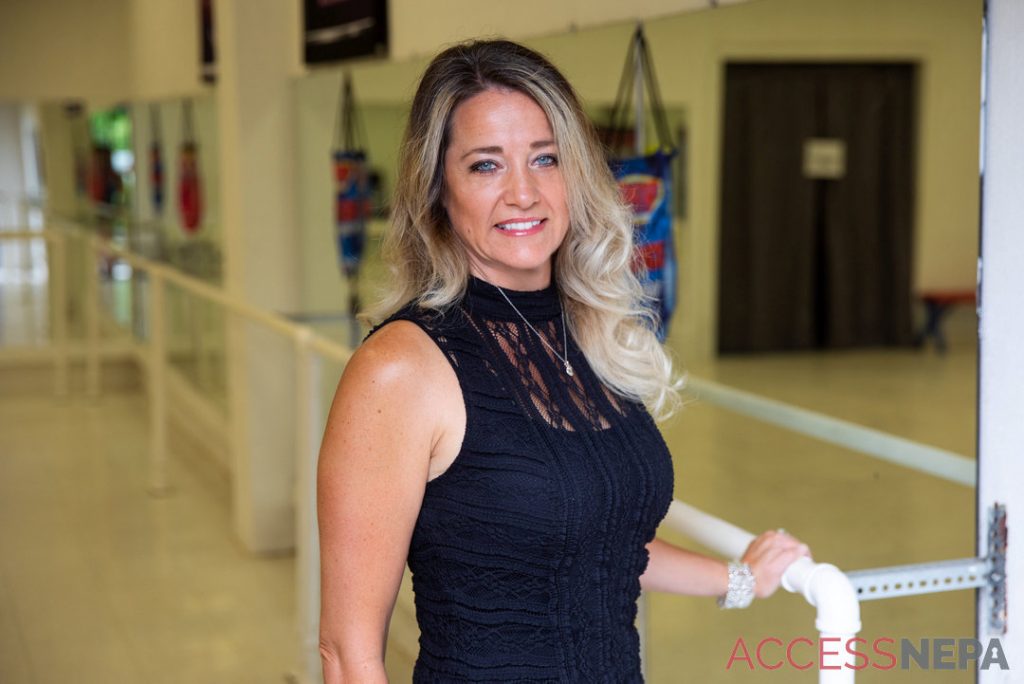 Studio owner hanging up her dance shoes after 25 years

As owner, artistic director and choreographer of Illusions Performing Arts Studio for 25 years, the Moosic resident has imparted lessons to her students for use both on stage and off. That’s because dance made her who she is today.

Growing up in the Downvalley, Bednarz was a shy kid, and performing, as well as competing in pageants, helped her come out of her shell.

“Knowing me today, you would never ever think of me as shy,” she said, laughing. “But that’s the power of performing on stage. It gives you a different kind of confidence that you couldn’t learn anywhere else.”

As she learned more about dance, Bednarz started to look beyond the love and rush of performing. She began to understand and appreciate the technique and beauty behind movement and dancing. At about 12, she saw a contestant performing in a national pageant on TV, and the story the dancer told with her movements mesmerized Bednarz.

“That’s when I think I really started to look at choreography and put it together,” she said. “I don’t think I even knew what it was, but I was understanding this idea behind it and it put everything into a whole new light for me.”

After high school, she attended Wilkes University for a degree in pharmacy and also participated in cheerleading there. Along the way, though, Bednarz realized that nothing lit her up quite like dance. With the help of her parents as well as some of their friends, the family built Illusions.

“When I look around at the studio, I think about all the work that was put into it by my mom, my dad, my papa and everyone else who helped turn this into something,” she said. “I am so blessed, and I owe absolutely everything to them.”

Bednarz’s studio grew with new groups of children each year. While the studio offered typical classes such as tap, jazz and ballet, Bednarz also got into dance competitions. It fell in line with her philosophy of helping her students learn life lessons.

“When you apply for a job, you are competing for that position and not everyone is going to get that position, so you learn how to lose or win gracefully,” she said. “Recitals are always fun to be able to show off your hard work, but it’s different when you’re dancing in front of professional dancers who have been on ‘So You Think You Can Dance?’ and they’re judging you and critiquing you. You want to hear what they have to say, and I think it does inspire you to be your best.”

She also broke the traditional dance studio norms, including allowing students to take classes into their college years.

By far one of the most important parts of Bednarz’s studio were the relationships and bonds she formed with her students, their families and her instructors over the years. She and her husband, Ronnie, started trying for a baby 10 years ago. After years of attempts, including three failed rounds of in vitro fertilization, the couple accepted that children weren’t part of the plan. That was when Bednarz’s purpose became clearer than ever.

“Throughout the entire process, I realized I had lots of kids, and that would give me the strength to continue on,” she said. “A family is made up of the people closest to you, the ones who (you) want to share life with, and that was what the studio was to me.”

Bednarz said students turned into some of her best friends. She’s been in their weddings and attended their family gatherings. She was like a second mom or a big sister and always was there to give advice, a hug or an ear to listen. The dancers did their homework at the studio, filled out college applications and always included Bednarz as a reference for new jobs. Bednarz extended this kindness to dancers’ families, too, and she made sure her studio was a safe space for all.

“If they came to class and they weren’t themselves, I usually knew why,” she said. “It was such a good feeling to watch them leave with a smile. It was always more than just a dance class to me.”

Recently, Bednarz came to a crossroads. Seasons with the studio ran all year long, and Bednarz spent nearly every waking hour there. At one point, she dreamed about choreography, keeping a notepad next to her bed so she could wake up and write down the moves she saw in her sleep.

While she calls her husband the most patient, supportive person she ever met, after 25 years of giving all of herself to her students and with her parents growing older, Bednarz knew it was time to give that energy back to her family. She toyed with the idea of working part-time in some capacity; however, she felt it wouldn’t be fair to future students if they didn’t receive the same level of dedication from her as those who went before them.

Deciding to retire was one the hardest choices she’s ever had to make, she said with tears in her eyes. Bednarz let everyone in her dance family know the curtain was closing, but she could have never imagined their response. She received hundreds of messages from students, families, instructors and more — past and present — who expressed their love and support and shared memories.

“I have been overwhelmed with emotion and would like to thank each and every one of my students and families for making my dream come true,” Bednarz said.

It’s still difficult for Bednarz to talk about leaving teaching, but she knows she must take this path wherever it leads her. She’s excited to spend more time with her family and enjoy life with her husband, who also is her best friend. She looks forward to new adventures and plans to make up her next steps as she goes along.

“How many people get to say they’ve lived their dreams?” she said. “I hope that (my students) know the impact they’ve had on me. It will be part of me and who I am forever.”