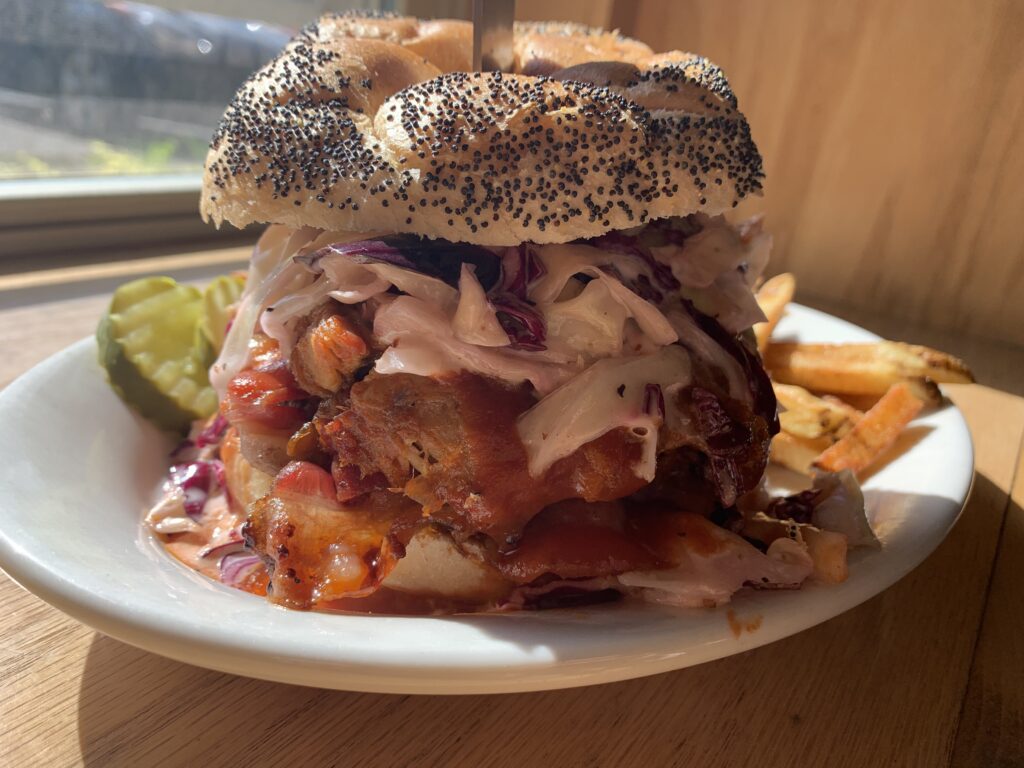 The main building at 23 Fallbrook Road in Carbondale has a storied past, but Rob Minor has tried to breathe new life into it since buying the property in 2017.

Through months of renovations, including redoing the entire interior and installing a new kitchen, the Scott Twp. native has transformed the space into his vision for a modern music venue and tavern known as the Stonehouse.

As far as Minor can tell, the original building was constructed in 1929 and served as a sort of bawdy house.

“According to local people, it was built as a brothel and speakeasy,” Minor said. “It was all suits and ties back in the day. As far as I know, it’s been a bar ever since.”

Minor worked on and off in the restaurant business his whole life and always was “real into food,” he explained. So when his friend and the building’s former owner, Bruce Rock, put the Stonehouse up for sale, they often joked back and forth about Minor buying it. The bar sat on the market for about a year until one day when everything materialized, Minor said.

“I’m also really into music — I did a lot of festivals — and I saw a cool building to have music at, just a neat venue,” Minor said. “I always thought the location was great. It’s on a busy road, but it’s close to town.” 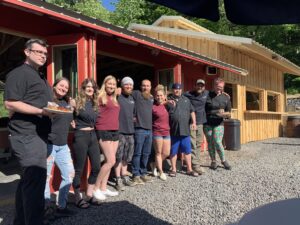 Patrice Wilding / Staff Photo
The staff at the Stonehouse in Carbondale treats customers like family.

He added on to the charm of the historical building by bringing in 40 truckloads of stone to create an outdoor patio that connects to an adjacent pavilion with its own walk-up bar — with custom drawings by artist Kate McAndrew burned into the wood — and he is in the final stages of construction on a connecting outdoor barbecue pit that he expects to open in July.

Aside from the scenic setting and the live music found three days a week (Sundays, from 4 to 8 p.m. and Mondays and Wednesdays from 6 to 10 p.m.), the big draw at the Stonehouse is its menu, which Minor described as “upper-level bar food.”

Full-time chefs Jennifer Bilsky and Jim Agentovich craft everything from scratch, with nothing served from frozen or pre-fab origins, Minor promised. Standouts include Stuffed Jalapeños Wrapped in Bacon and Provolone Moons (a take on mozzarella sticks) that are made to order, as well as the house burgers. The Carolina is a “meat-lovers’ dream,” said manager Maureen Gillott (who is Minor’s fiancee), as it tops the Black Angus patty with house-made pulled pork and coleslaw.

Fries are fresh cut to order, and weekly specials pop up with new items to try. With seating for approximately 50 inside plus another 60 outside (which can accommodate about 200 standing), there’s always room at the Stonehouse for its customers, who range from families with kids who enjoy Taco Tuesdays to motorcyclists who come for Bike Night on Wednesdays. (The Stonehouse serves its “Hillbilly Surf ‘N’ Turf” that night, Gillott explained, which means wings and clams.) On Mondays, poets, comedians and musicians are welcomed for an Open Mic Night.

The restaurant will host a Crawfish Boil on Saturday, June 22, starting at 3 p.m. Tickets will be sold at the door for the cookout, which will include shrimp and corn plus live music by Lee Delray and Jesse Mower of Static in the Attic. When the outdoor barbecue is complete, guests will be able to place their orders at the walk-up window and servers will deliver the house-developed, “NEPA-style” ribs, chicken and brisket to them.

Customers are treated like part of family at the Stonehouse, where the staff and regulars are always welcoming.

“Everybody knows everybody,” Gillott said. “It’s like a family gathering every day of the week.”

Established: The building is believed to have been constructed in 1929; Minor took ownership in 2017.

Hours: Bar opens Tuesdays through Sundays at 11 a.m., with the kitchen open at noon; and Mondays, bar and kitchen open at 3 p.m. Kitchen closes nightly at 10 p.m.; the bar shuts down at 2 a.m.