Spotted lanternfly a threat to NEPA

Sarah Hall-Bagdonas says it’s an old story: Something is not really a problem until it’s a problem in your own backyard.

It may not be this year or even next year, Hall-Bagdonas said, but the spotted lanternfly will likely become a real problem for some Lackawanna County residents — and it will happen literally in their backyards.

“It’s going to be a nuisance,” Hall-Bagdonas, program manager for the Northern Tier Hardwood Association, said of the invasive insect that is No. 1 on Pennsylvania’s bad bug list. “If and when it does spread and populate in Lackawanna County, you are going to see a quality-of-life impact.”

They were among eight new counties included for 2021, bringing the number under quarantine statewide to 34.

Their addition triggers requirements for businesses that operate in or travel through the quarantined counties to obtain a spotted lanternfly permit or compliance order. Homeowners within the zone are encouraged to take precautions to help manage and limit the spread of the pest. 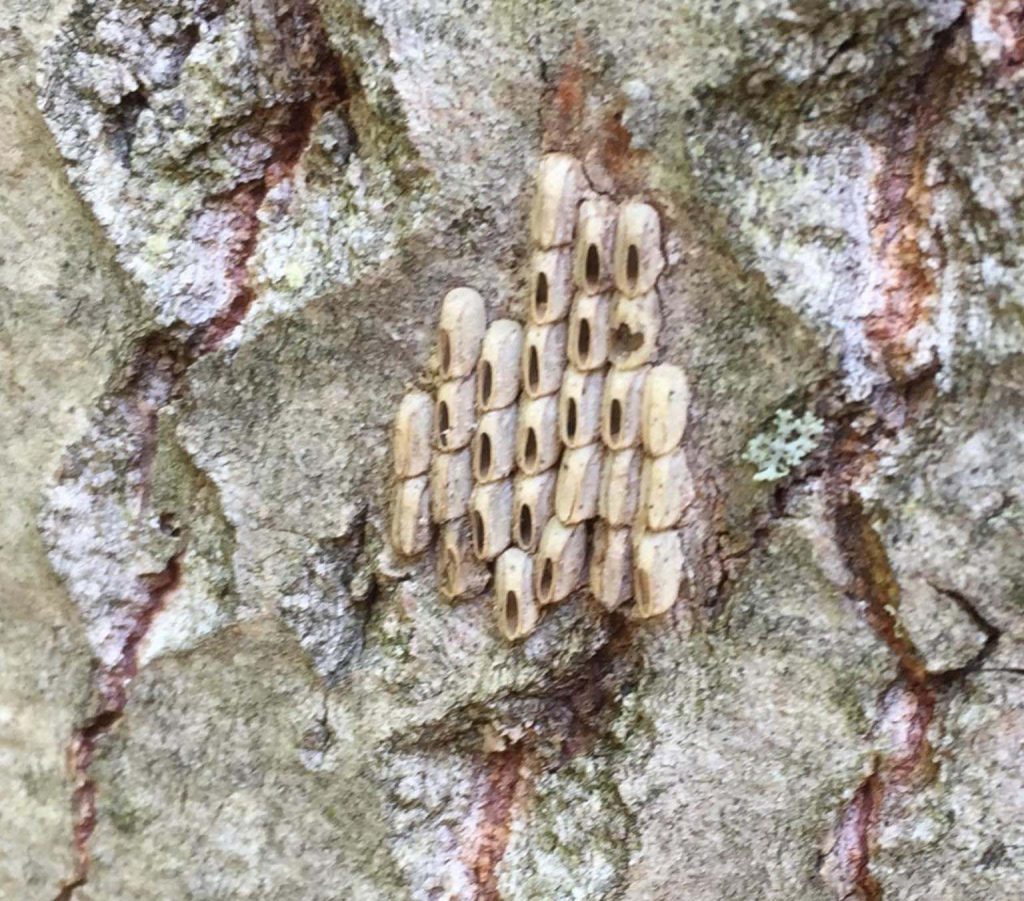 EMELIE SWACKHAMER / PENN STATE UNIVERSITY / BUGWOOD.ORG
A mass of spotted lanternfly eggs that have hatched are seen on a tree.

The department’s announcement came ahead of this year’s spring hatch of spotted lanternfly egg masses, which would be expected to happen in early to mid-April in Lackawanna County.

A plant hopper native to China and southeast Asia, the spotted lanternfly was identified for the first time in the United States in Berks County in 2014. Commonweath officials say it is a threat to the grape, tree fruit, hardwood and nursery industries that collectively contribute $18 billion annually to the state’s economy.

Hall-Bagdonas, whose Tunkhannock-based association has been monitoring the spotted lanternfly’s movement since its discovery seven years ago, said it was only a matter of time before the bug arrived in Lackawanna County.

Any local companies or organizations that do business in southeastern Pennsylvania will almost certainly have some familiarity with the pest, but that may not be true of the public at large, she said.

“I would say the public is probably not as aware or as educated about how big of a problem this could be,” she said.

The local infestations initially will probably be isolated and small, Hall-Bagdonas said. But if the populations are not aggressively monitored and countered, an area can be overrun and lanternflies “are going to be all over the place,” she said.

At Corky’s Garden Path in Scott Twp., there are posters up to help customers identify the spotted lanternfly, and the business carries several products that can be used to control the pest, owner Trevor Kashuba said. 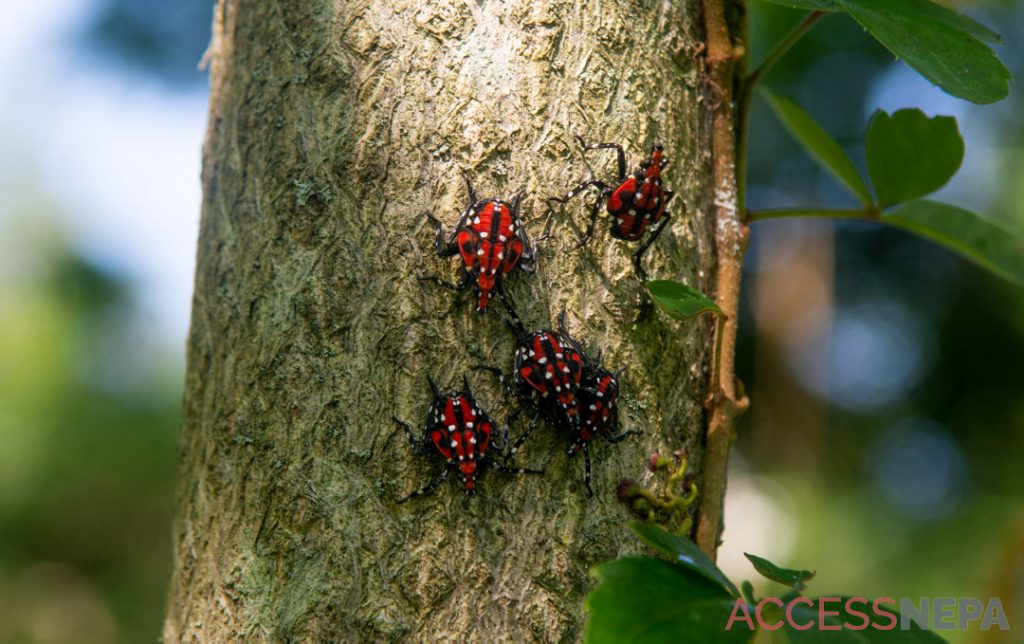 DAVID MCKEOWN / STAFF PHTOGRAPHER
Spotted lanternflies hang from a tree of heaven in their nymph stage in Schuylkill Haven on July 20.

Although he was surprised to learn 13 county municipalities had known infestations, Kashuba said only one lanternfly has been found in the Abingtons area to his knowledge.

“We are starting to get questions on it, but there has been such minimal exposure for us that I don’t think it’s on everyone’s radar completely yet,” he said.

Jill Baer, master gardener coordinator for Penn State Extension’s Lackawanna County office, said it’s impossible to be fully prepared for the arrival of any new invasive species in an area, but there has been time to practice some techniques for managing the spotted lanternfly.

She encouraged members of the public to visit the Penn State Extension lanternfly online resource page — extension.psu.edu/spotted-lanternfly — to familiarize themselves with the insect so they can identify it in its various life stages and learn what they can to limit its spread.

People who live in areas with known infestations in Lackawanna or any other county newly added to the quarantine zone should be especially vigilant in looking for the insects and report any sightings to the Department of the Agriculture, she said.

“Even just watching for them so that when they first arrive you can start to manage from the beginning, that is helpful,” Baer said.