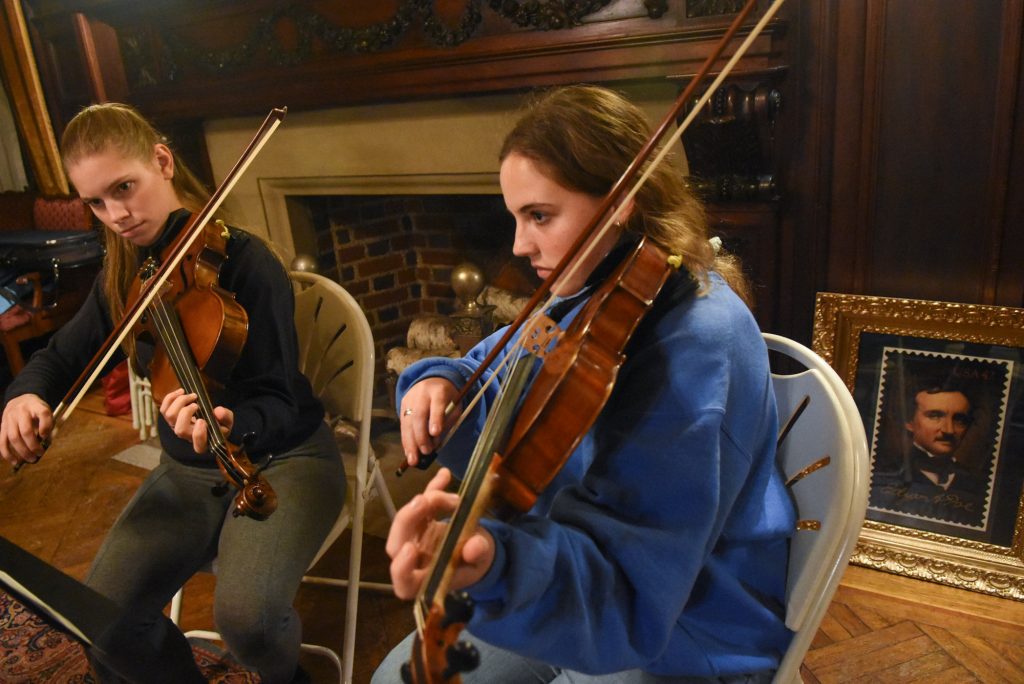 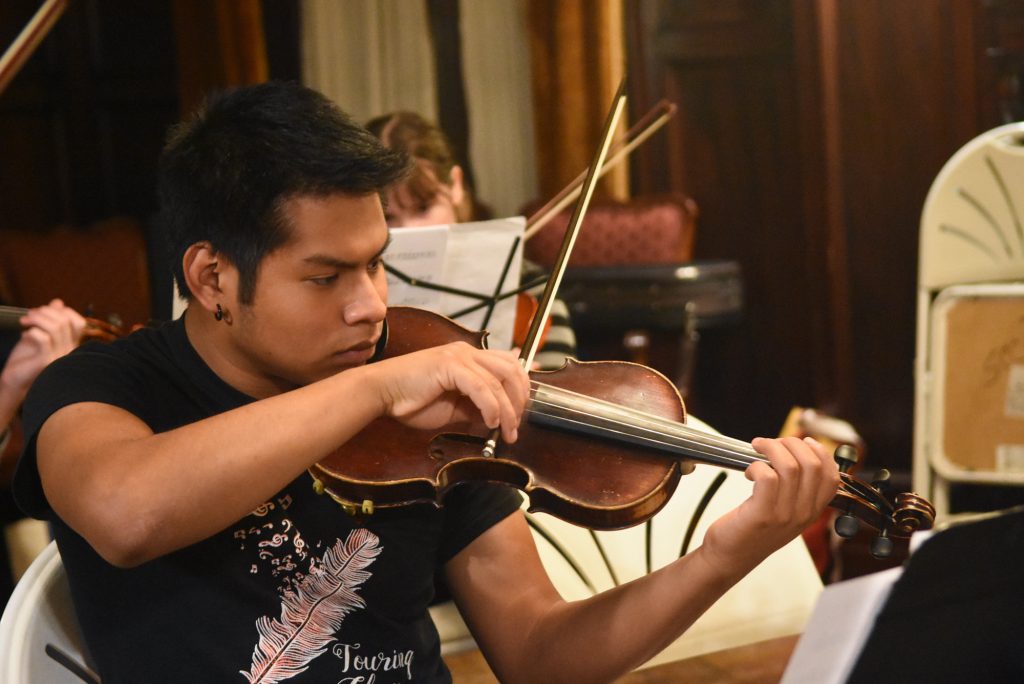 JACQUELINE DORMER / STAFF PHOTOGRAPHER
Malachi Ahlert of Kempton rehearses for Spooky Strings at the Yuengling Mansion at the Schuylkill County Council for the Arts in Pottsville on Thursday.

Spooky sounds are going beyond the gasps and screams this weekend as the Anthracite Philharmonic puts on its Spooky Strings concert.

Tickets for the concert, which will be held at 7 p.m. Saturday at the Majestic Theater, 209 N. Centre St., Pottsville, can be purchased at the door, with adult tickets costing $20, seniors $15 and children under 12 free.

Under the direction of Mark P. Thomas, the philharmonic will play a blend of spooky and spooky-fun songs, including some classics and movie-themed songs.

“We’re going to start out with really bright, in-your-face kind of strong songs, almost like you’re running away from something, like in the woods, being chased or something. It’s kind of got that sound to it,” Thomas said.

From there, cloaked and glowing from the glimmer of candles, the singers will move into the aisles, surrounding the audience.

For those more classical at heart, there is something in the concert for them, too, Thomas said.

“We’re going to do a couple heavier pieces, too, like we’re doing two movements from the legend of Sleepy Hollow. So, a little more of those who like the real classical music; there’s some of that for them as well,” he said.

Thomas said the concert will end with some more movie themes, including “Harry Potter” and “The Phantom of the Opera.”

“(They) really came off well at rehearsal the other night. I think we all got goosebumps. Man, it felt like you were on Broadway,” he said.

Ted Spontak will reprise his role in the fan-favorite Monster Mash.

“He does a really good job with that. That’s the one song we’ve done in the past. Everything else is new except that. But that’s a crowd favorite, so that’s why we brought that back,” Thomas said.