After a three-month wait, area softball players will soon be able to trade one protective face mask for another.

Forest City softball coach Joe Miraglia has been working on a plan for a summer softball league since the coronavirus pandemic shut down high school sports in March.

That plan is coming to fruition, with the league’s first pitch for 10 area clubs slated for June 23.

For reigning Class 2A state player of the year Jenna Bradley of Holy Cross, it can’t come soon enough.

“Deep down, I hoped this was something that was going to happen the whole time,” said Bradley, a University of Massachusetts recruit. “We’re all bursting at the seams with excitement to be able to go.” 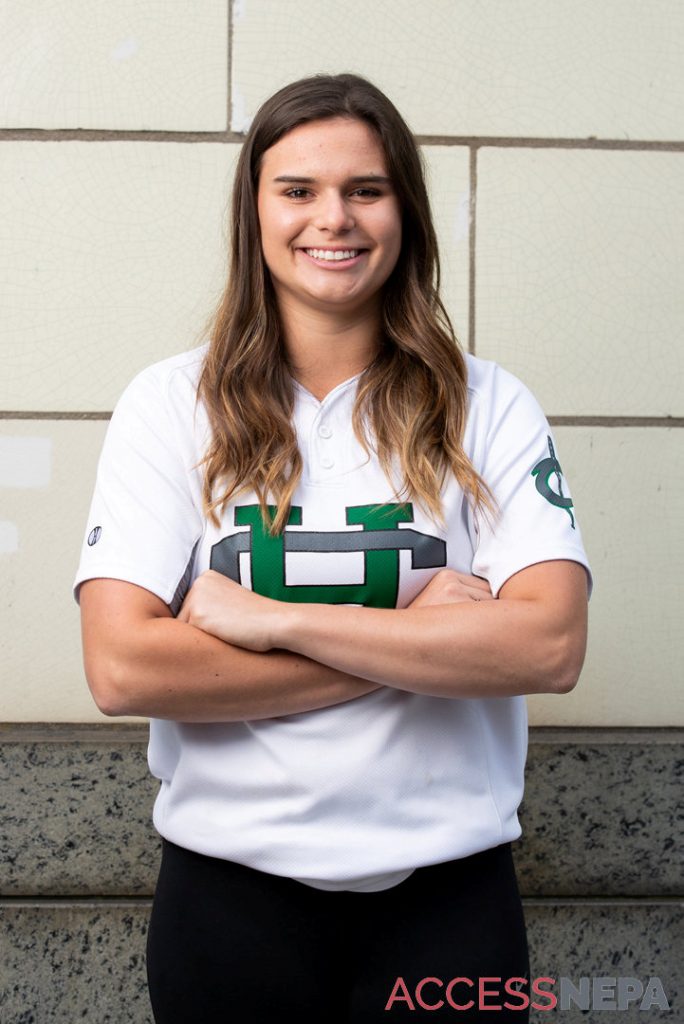 Because of Pennsylvania Interscholastic Athletic Association rules, the 10 teams will represent a geographic area rather than a school district.

West Scranton’s squad will be playing under the EJ the DJ team name, after head coach E.J. Dougher’s business, and Holy Cross High School will be coming up with its own moniker to avoid issues with the PIAA. Players from the Abington Heights, Carbondale Area, Forest City, Honesdale, Lakeland, Mid Valley, Old Forge and Valley View also will take the field.

“First of all, it has nothing to do with the PIAA or the schools,” Miraglia said. “Of course we’re going to wait for the (governor’s) green phase and start after that. This next week, the teams participating will have an opportunity to get together, practice and hit some balls around before we start.”

The league’s coaches will have a meeting Sunday to work out details, like what fields will be used and how some of the CDC social distancing restrictions will affect play and spectators, who may be asked to stay behind outfield fences, for the Tuesday and Thursday games.

“Considering what happened Wednesday with the governor, between social distancing on the field, no giving lineup cards, the dugouts and all that stuff, we’ll see when we meet Sunday, some of those things might change,” Miraglia said. “We’re going to leave a lot of responsibility on the coaches of the teams when they get to the field.

“As far as the balls, it’s no different than when you’re playing games and it’s raining, where every pitch a coach has a towel, wipes the ball down, throws it back in. I don’t think it’s going to be any kind of issue at all.”

Sunday’s meeting could help iron out some wrinkles for wiping down or changing balls, or having hand sanitizer available so players can share a bat.

Whatever the rules are, Bradley, for one, is glad just to have softball back on her radar.

“I honestly can get over not having a graduation, not having all the class stuff,” Bradley said. “But not being able to know what could have happened on the field this year was eating me alive, if I’m being 100% honest. I told coach (Joe) Ross as soon as it happened it wasn’t going to be the last time I played on the field.

Giving seniors a last opportunity to take the field was the focal point of the league’s genesis.

“I’ve been looking at this since right after they shut us down,” Miraglia said. “I looked at my senior, Maddie Bailer, and saw how crushed she was. And the players, the coaches and the whole league with the idea of not playing the season. Luckily, I only had one senior but these other schools have had more.

“I’m first of all very excited for the seniors, but just the idea of the kids playing some softball, it’s really important and I’m really feeling good about it. I’m excited about it, excited about the kids who are participating to get some normalcy out of this. If we can get back to normal as possible just to play, it’s going to be exciting for every body, I think.”

Miraglia, Valley View coach E.J. Weston and Dougher never gave up on their effort to make the league viable, and Battaglia’s Sporting Goods in Scranton jumped in as a major sponsor, providing T-shirts for players of all the teams.

Expectations are to play every team once in the regular season, at fields still to be determined. Tentatively, the regular season will conclude the week of July 23, with single-elimination playoffs the following week.

“In the past, this wouldn’t have happened,” Miraglia said. “We wouldn’t be doing this in the month of July. This is a one-time deal considering all the circumstances of the last three or four months.”

It’s not just players who are itching for games to resume.

“My grandpa not being able to go to a game has been killing him,” Bradley said. “He said we’re going to go play in the field in his backyard, which is a hayfield.

“For everybody to be able to come out, I think it’s going to be good for the whole community.”