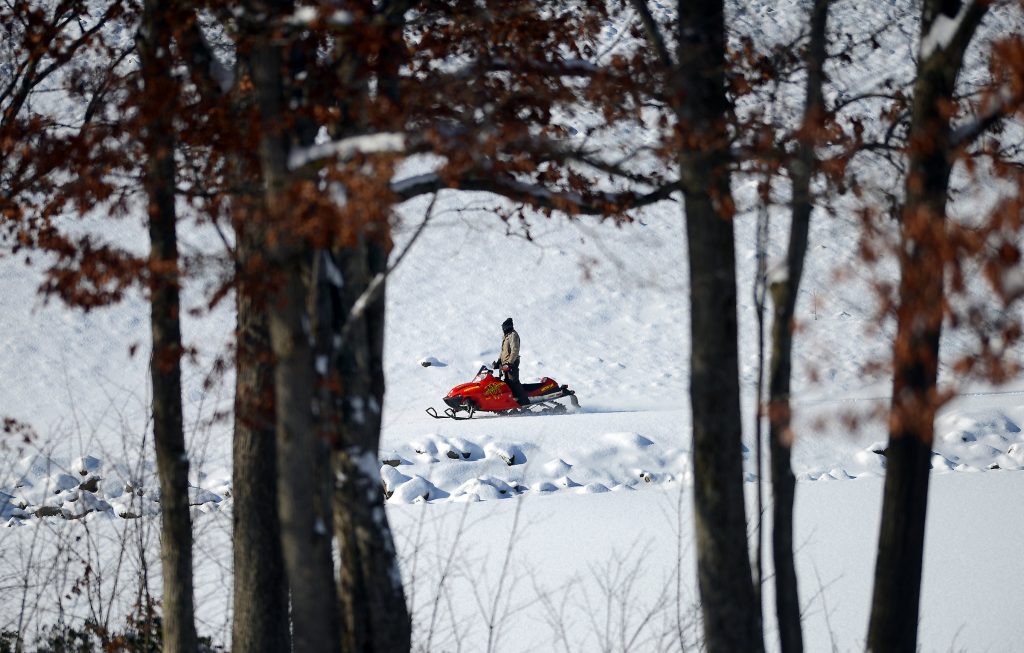 Jim Griffin has a snowmobile trail 45 yards from his front door, just close enough to tease.

“There hasn’t been any true riding on our trail system at all,” Griffin, an officer with the NEP Sno Trails snowmobile organization, said Sunday.

A winter devoid of natural snow means members of the nonprofit, whose numbers can reach up to 1,500 riders from around the region during peak season, have barely touched 200-plus miles of maintained trails at their disposal — if at all.

Snowfall totals have been trending lighter and sloppier all season long. From November to January, most snowy days offered a mere dusting. On heavier snow days, never more than a few inches fell, and it quickly melted.

For Sno Trails, light seasons mean little or no funding for special projects beyond the cost of insurance and routine trail maintenance and grooming.

“It hurts us when it doesn’t snow,” said Griffin, who lives in Forest City. “We like to update our bridges and maintain our trail system.”

He can thank a high-pressure ridge of air settled across the eastern seaboard, which brings with it rain, slush and warmer temperatures than usual, according to John Feerick, an AccuWeather senior meteorologist.

The back half of this week could bring some cold days, but he doesn’t predict any sustained cold or substantial snow in the near forecast. Smart snowmobilers expect lousy seasons, and know they might have to head north to catch any action, said an equipment dealer from Honesdale.

“Basically the way that snowmobiling works anymore, you buy the snowmobile and the trailer, then you trailer it to the snow,” Diane Helferich of Baer Sport Center said. 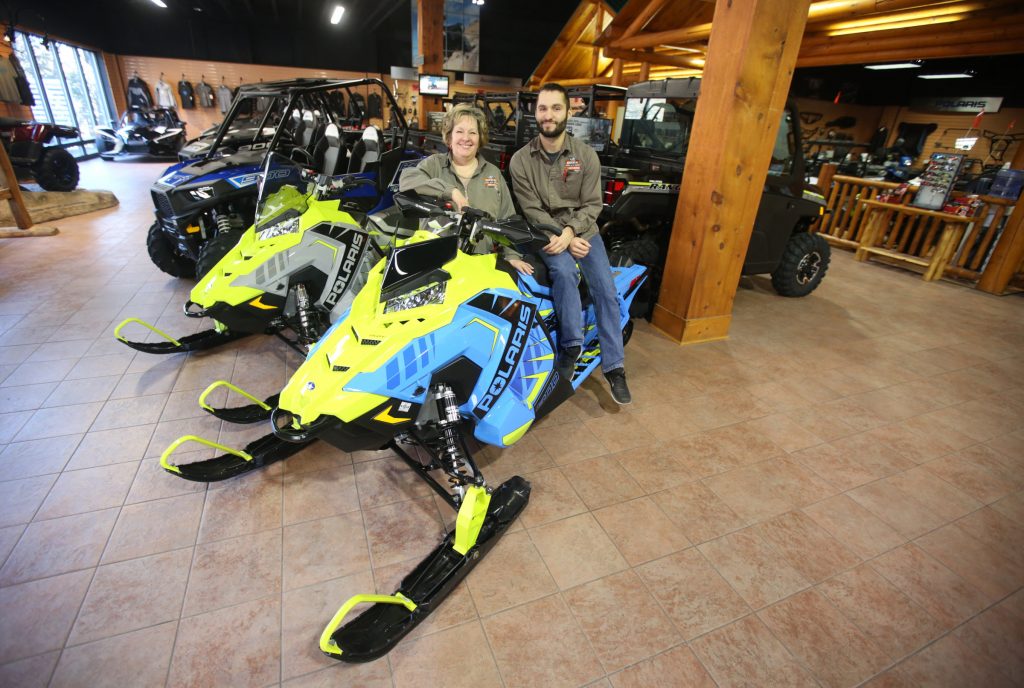 A snowless winter definitely takes its toll, but “it’s not as bad as you would think,” she said.

That hasn’t been the case for Griffin, who confirmed snowmobilers often travel north for good riding. He likes hauling up to Maine once a year to ride, but the pace of life and grandchildren have kept him home. Inconsistent seasons have led manufacturers to shift priorities, including motorsports company Polaris, which Baer sells, and produce more accessible base models, Helferich said.

“There are a lot of lower-priced snowmobiles that are going to work well with the industry,” she said.

In its year-end financial report, Polaris warned investors that lack of snowfall during winter could hurt retail snowmobile sales, and that conditions made worse by global climate change could hurt more than the company has previously experienced.

The effects of a dud season spread beyond the sled dealers and the nonprofit riding group, Griffin said. Restaurants, hotels and gas stations along trail routes, which are stitched together by way of agreements with hundreds of private landowners, count on riders when other business quiets down.

Sno Trails members are a key base of volunteers that maintain and monitor the Rail Trail Council of NEPA trail and northern parts of the Lackawanna Heritage Valley trail. During the summer, they renovate sections of their routes, and Griffin said all that effort might go unnoticed this year.

“A lot of work goes into it in the offseason,” Griffin said. “When the membership doesn’t even get to see it and enjoy it, it’s disappointing.”

While there’s no deep cold or heavy snow expected, probably for the rest of February, Feerick warned not to rule out March.

“If we’re going to get any substantial snow, it’s probably going to have to come in March,” he said, chuckling. “It happens quite a bit, especially in your neck of the woods.”