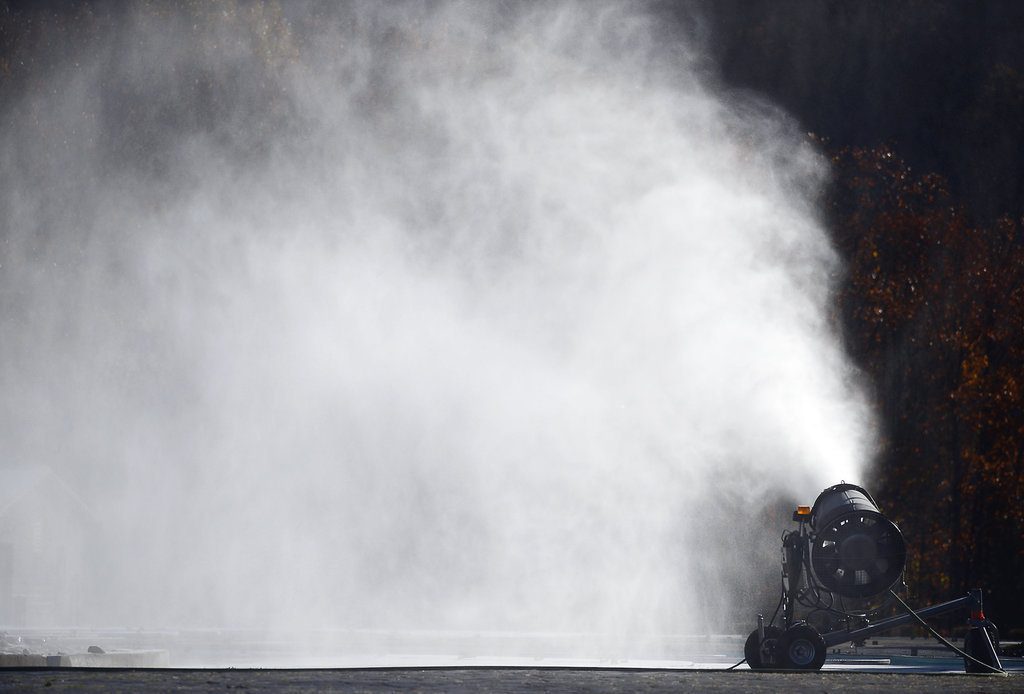 In preparation for the fast-approaching ski season, Elk Mountain Ski Resort fired up its snow machines Friday and several other resorts planned to start producing powder this week.

Elk Mountain in Susquehanna County, Montage Mountain in Scranton and Camelback Mountain in Pocono Twp., Monroe County, are seizing the opportunity. All hope to open their slopes by late November or early December, though officials said being the first to open is less important than providing a consistent product throughout the season.

“I think it’s more important to set the right expectation and deliver on that expectation,” said Montage Mountain marketing director Jeff Slivinski. “We want to actually open and … be open for the entire season, not run into a situation where we open for a week and then the temperatures go up and we wasted energy, efficiency and some money burning out our staff.”

Montage Mountain, which opened in 1984, enjoyed its best revenue season on record last year thanks in part to favorable climate conditions. The mountain opened for Black Friday and logged more than 100 season days despite less than average snowfall totals, Slivinski said.

Elk Mountain made snow on about five or six trails Friday night into Saturday and plans to continue making snow this week. The resort will open when those trails are sufficiently covered and groomed, though Gregg Confer, the resort’s vice president and general manager, said an exact date has yet to be determined.

“We have a target date of Dec. 5, and I would think we’ll definitely hit that this year if the weather gets cold,” said Confer. “Our season pass holders are already anxious. … This is our 60th year of operation, so we have a good history of snow making, a good history of business. They know that we’ll offer a good product when we open.”

Boasting 377 new, energy efficient snow guns, Camelback is prepared to make snow throughout the season assuming temperatures are sufficiently cold. The mountain is coming off a very strong season that saw it remain open until April 8.

Camelback will celebrate the impending season Saturday with Ullr-Fest, a ceremonial homage to the Norse god Ullr, who is often associated with snow and skiing. Running from 5 to 10 p.m., the event features a bonfire and the burning of wooden skis, along with a raffle, a costume contest, music and more.