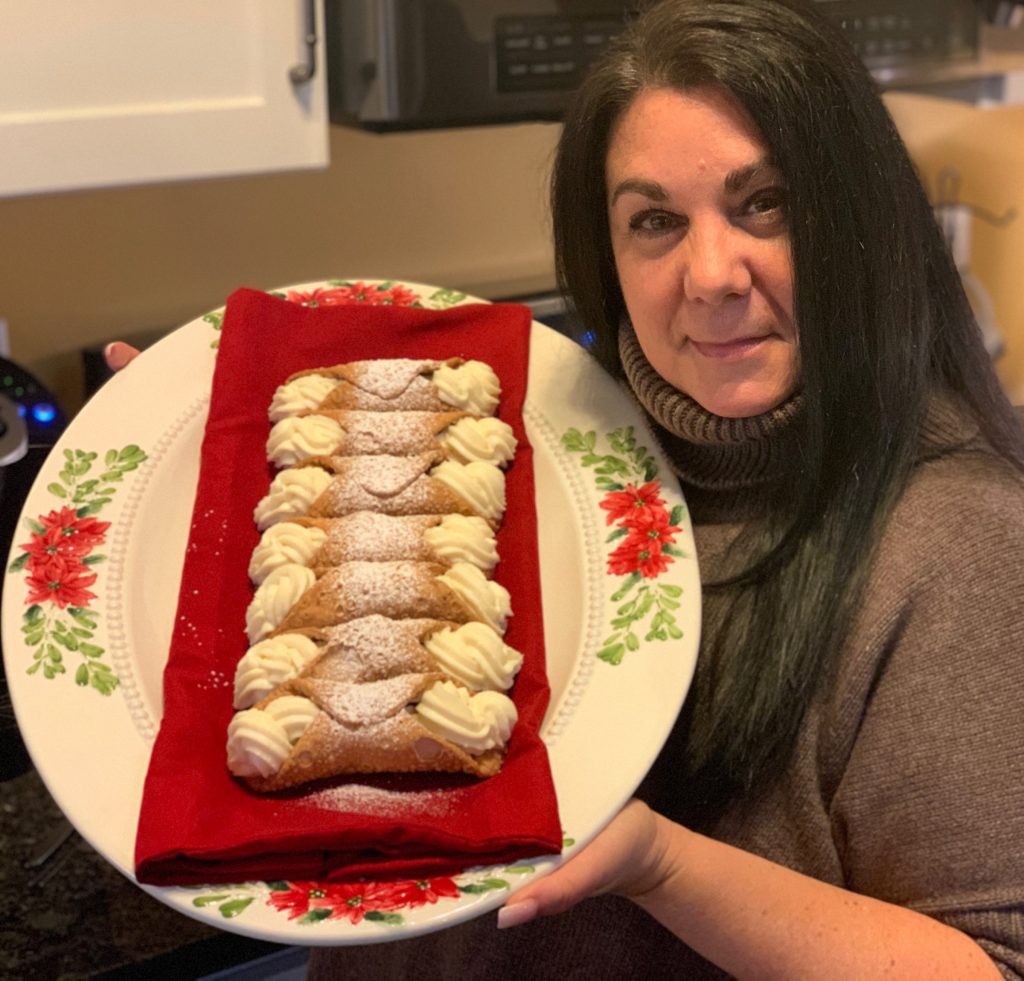 “If you have those things, you’re rich,” she said on a recent night inside the Throop home she shares with her husband, George.

Pizzo Gonzalez fills her world with those elements from the close relationships she holds with her family, which includes her parents, Josephine and Salvatore; her sisters, Danielle and JoAnn; her husband’s family; and an extended group of aunts, uncles and cousins. The cornerstone of it all for her, though, remains cooking.
Pizzo Gonzalez loves to create all kinds of foods, steeped in her family’s rich Italian history, such as Sicilian Cannoli.
Pizzo Gonzalez’s recipe — which earned her a $50 gift card to Riccardo’s Market, 1219 Wheeler Ave., Dunmore — stretches all the way back to Sicily and Naples, where members on both sides of her family crafted recipes for generations.

This includes her great-grandmother, Clara, who began making the cannoli recipe Pizzo Gonzalez still creates today. Her earliest memory is from the family’s Brooklyn, New York, kitchen where, dressed in Christmas footie pajamas and making cannoli for the holidays, she was surrounded by family, including her mom and grandmothers, Fay and Francesca.

“I thought that I was like a movie star,” she said. “That’s what started my love of baking.”
The real secret to the recipe is her filling, which she makes with just the right amount of sweetness from Impastata ricotta and powdered sugar with a hint of cinnamon spice. Bakers don’t have to make the shells themselves, as it can be very time-consuming, she said, and she prefers to use shells from Orlando Foods Inc., Scranton, when not making them from scratch.

There’s nothing like a homemade cannoli, and Pizzo Gonzalez’s did not disappoint. The shells were light and crispy and held a nutty flavor. It complemented the cream filling, which tasted sweet without ever being overpowering. It was hard to eat just one of this absolutely delectable Italian treat.

“I’ve been from New York to Miami and tried cannoli all over, and these are the best, bar none,” said her husband, who’s also an accomplished cook and baker. “My family tried them, and they were completely blown away. She’s just so talented.”

It’s no surprise that her cannoli were so fantastic since her roots are in the kitchen. From traditional Italian dinners to Spanish and Colombian meals she makes thanks to her husband’s heritage, Pizzo Gonzalez does it all. She also pointed out that her nieces and nephews, Christian, 20; Nicholas, 18; Dominic, 16; Mia, 14; Sophia, 11, and Talia, 8, are learning the family recipes.

Pizzo Gonzalez hopes to soon bring her signature taste to people across the region. She’s close to opening her own business, Cannoli Love, where she will make the Italian treat for customers to take to parties and special occasions. She has a website as well as a Facebook and Instagram account in the works and plans to launch sometime in the next few months. After all, baking something for another person makes Pizzo Gonzalez’s heart sing.

“This is my love language,” she said. “This is how I show my love.” 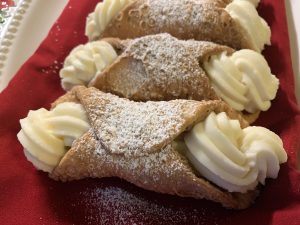 Place flour in a large bowl. Make a well in the center and add the egg, oil, sugar, red wine and milk. Stir the ingredients in the center and gradually incorporate flour in order to form a dough. Using hands, knead until a dough is formed.
Using a pasta roller or a rolling pin, cut off a small piece of dough and flatten with your hands. If using a pasta roller, begin with the widest setting and end by rolling your sheet of dough through the narrowest setting. The dough should be very thin, about 1/8 inch. Roll all pieces of dough and cover them with a kitchen towel in order to prevent the sheets from drying out.
Using a 4-inch diameter circular bowl or cup, cut out rounds of dough with a knife. Again, cover dough to keep it from drying out.
When all the dough has been used up, wrap each round of dough around a bamboo dowel or stainless steel cannoli molds and seal the edges with egg white.
Fill a deep pot halfway with vegetable oil. When oil is hot, fry three or four cannoli shells at a time until golden. (Bakers may have to hold them down to ensure all sides are evenly fried.) Transfer to a paper towel-lined tray or plate. Carefully separate cannoli molds from the shell (they will be extremely hot) and continue to fry the remaining rounds of dough.

In a bowl, whisk together ricotta, powdered sugar, cinnamon and vanilla until smooth. Use a pastry bag or plastic freezer bag with the tip cut off to pipe the ricotta filling inside the shells. If desired, dip the ends in chocolate chips or pistachios or top with orange peel. Dust with powdered sugar and serve.