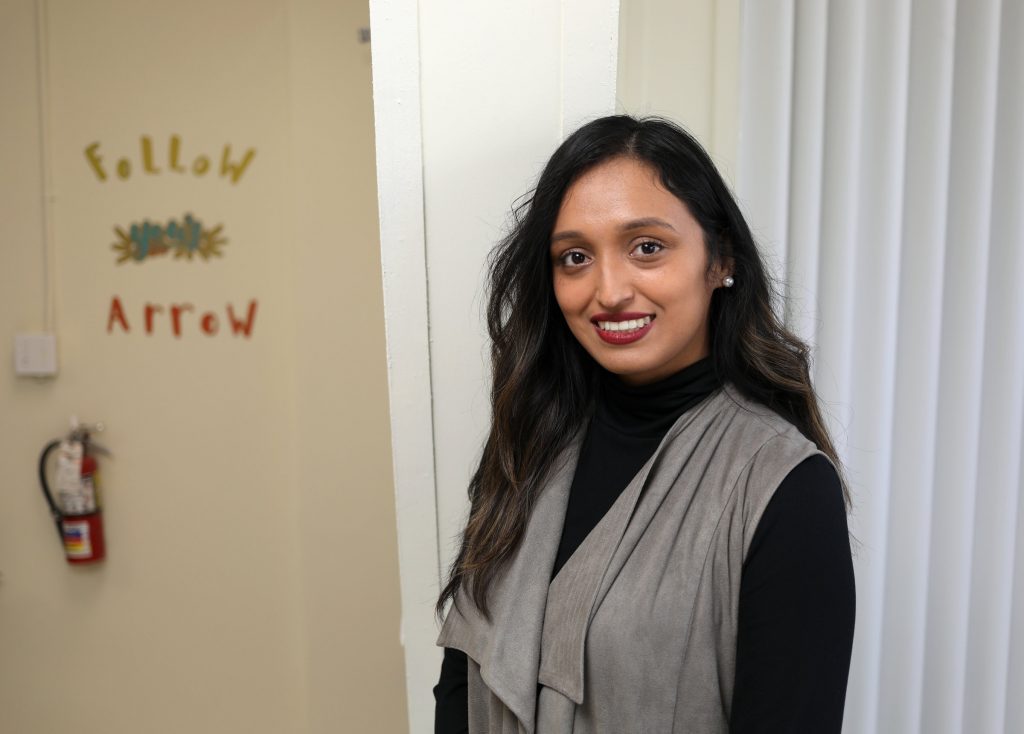 Scranton woman advocates for others, champions education through local projects

Jenny Gonzalez approaches her work with immigrants and refugees with an insider’s perspective and a determination to change the world.

The daughter of immigrants, Gonzalez easily could have succumbed to the pressures many families like hers face when they raise their children in an unfamiliar world. Instead, she broke away from that path with a lot of hard work and education, which continue to push her forward.

As an advocate at Community Justice Project on South Main Avenue in Scranton, the city resident deals with civil rights issues and guides others to get the help they need. Her own background as the daughter of immigrants from Mexico and El Salvador fuels her passion for working with immigrants and refugees. Through CJP, she said, she looks for wide-ranging community issues and advocates for systemic changes.

After graduating from Scranton High School in 2009, Gonzalez headed to King’s College on a full scholarship for first-generation college students of Hispanic heritage. She had her daughter, Liliana, as a junior and pushed ahead with her studies, graduating with a bachelor’s degree in political science with a minor in Latin American studies.

Gonzalez worked part-time for Community Justice Project for several years, originally out of the Hazleton office, and became a full-time employee in 2017.

After she pointed out how more immigrants were moving into the Scranton and Wilkes-Barre area, CJP opened an office in her hometown in 2017.

“It is very exciting,” said Gonzalez, who earned a master’s degree in social work from Marywood University last year. “I never thought I would be part of establishing an office here. I’m learning every day. There are changes happening every day in our community.”

Gonzalez spends her days handling civil rights issues, which can involve public benefits, employment and wage cases, helping people obtain documents in their respective languages and working with mobile home residents to understand their rights. She also hopes to help the public better understand hot-button issues and combats misinformation, such as the misconception that undocumented immigrants use public benefits. While they can Emergency Medical Assistance, Gonzalez said, she pointed out that making individuals healthy in turn makes society healthier and therefore benefits everyone.

Gonzalez praised CJP for its open-mindedness, noting the organization trusts her and her coworkers to go out into the community and listen. If she sees any issues, she looks for remedies. She recently helped a woman connect a woman with the Pennsylvania Utility Law Project so she could overcome utility issues preventing her from improving her housing situation.

Outside CJP, Gonzalez works part-time with an initiative she helped start while at Marywood. Research on the American public education system and communities of color — especially Latinos — made her realize “how I really overcame a lot of educational barriers growing up,” she said. And looking at kids who, like her, had immigrant parents, Gonzalez found that many felt like they didn’t fit in at school.

“Because of that, I saw a lot of Latino kids fall through the cracks,” Gonzalez said.

While she sought out opportunities as a student, Gonzalez said a lot of her friends didn’t. Her King’s scholarship changed her life, she said, and helped her realize “how we need more of these programs.” As a graduate assistant last year for Emily Coleman, academic support specialist for English language learners at Marywood, Gonzalez helped start the STARS program — Students Together Achieving Remarkable Success — a tutoring and mentoring initiative targeting Latino youth in grades seven to 12.

“We want to make sure they’re going to be productive members of society,” Gonzalez said.

Through STARS, Marywood student volunteers work with youth during the academic year at St. John Neumann Parish in South Scranton. The program provides information and resources to youth about what they can do to prepare for the future, Gonzalez said, such as by bringing in Latino guest speakers from a range of professions to talk with the kids about their journeys.

Having grown up in other countries, immigrant parents sometimes are unfamiliar with situations their American-raised kids encounter, Gonzalez said, with even seemingly simple things like sitting the SATs or going to prom tripping them up. Gonzalez helps them navigate these unfamiliar waters, talking with parents about subjects such as the importance of extra-curricular activities or the opportunities available at the Career Technology Center of Lackawanna County.

STARS served 20 kids its first year and has 25 this year, with hope for further expansion.

“The goal is to prepare a growing community that traditionally has faced barriers,” Gonzalez said.

Gonzalez’s parents changed their lives by coming to America, she said, and gave her “the opportunity and privilege to be born and raised in this country.” As the first in her family to graduate from not only college but also middle school, high school and graduate school, Gonzalez understands the importance and life-changing impact of education.

“We have the power to change the narrative,” she said.

And she makes sure to pass on her passion for the community to the next generation in her own family, taking her daughter with her when she volunteers.

“I want her to see the importance of helping others and being inclusive of others,” Gonzalez said.