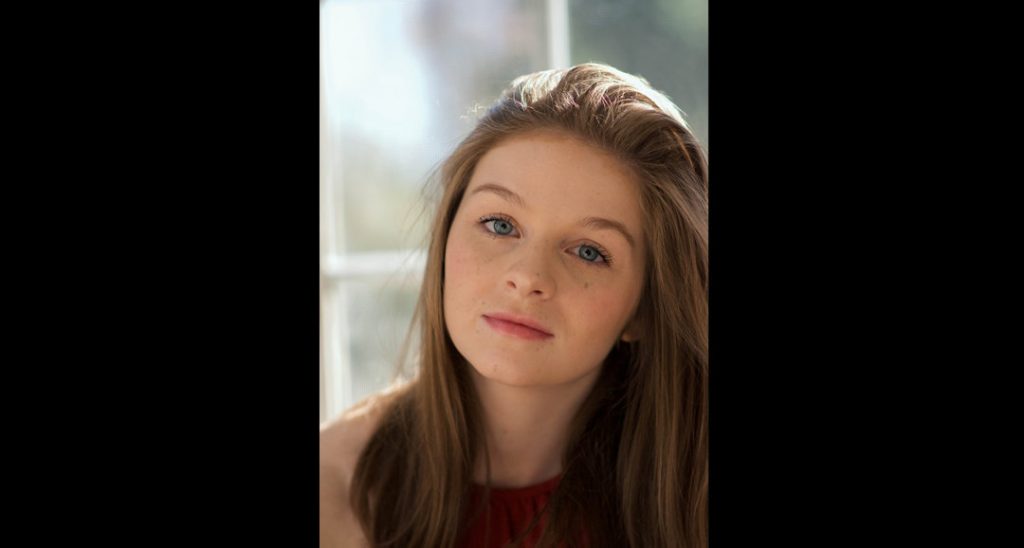 In her first month in the acting business, Quinn Hemphill booked a killer gig.

The Scranton native, who now lives in Los Angeles, stars in “Killer Competition,” which will appear on Lifetime Movie Network on Sunday, Nov. 1, at 8 p.m. Hemphill plays Jenna, a high school student in a four-way tie to become valedictorian, in the thriller that centers on the murders of some of the top-ranked students.

Without giving too much away, Hemphill said Jenna is tough and darker than her own personality.

“I like to play those kinds of characters, though,” Hemphill said recently by phone from her North Hollywood apartment. “It’s way more fun for me to be the mean one and just to get to be the opposite of myself. I love being able to escape into a different world and point of view.”

Hemphill loved to entertain even from a young age. Growing up in the Minooka section of Scranton, she spent lots of time with her grandparents, Susan and former Scranton Mayor Jim Connors. They fed her creativity and love for entertaining before she even realized it. She and her grandpa would perform bits that he would record.

“My grandpa had this video camera, and we’d just riff off of each other and do these little bits together,” Hemphill said. “It’s what I know now as improv, basically, and I remember having so much fun doing it.”

Her grandparents also would take Hemphill and her sisters, Maggie and Tricia, to see a Broadway show each year. When Hemphill was about 12, the family went to see “Wicked” in New York City and, immediately, she knew she wanted to be a performer. The minute she came home, she informed her parents, Matt and Liz Hemphill, of her future plans and ran straight to the family’s computer to start looking up acting classes and programs.

“It was so easy to be supportive of her because not only was she so passionate about it, but she did all the leg work,” her mom said, laughing. “She’d say, ‘There’s an audition here and we need to leave by this time and I already did all my homework.’ She always loved every aspect of it, including that business side.” 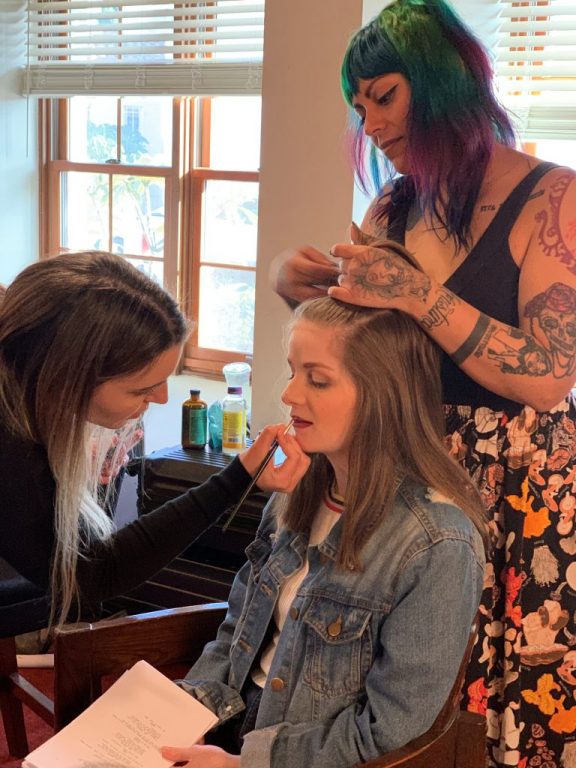 SUBMITTED PHOTO
Scranton native Quinn Hemphill gets her hair and makeup done to transform her into the character Jenna in “Killer Competition.”

During her middle and high school years, Hemphill took part in shows and classes at Phoenix Performing Arts Centre, Act Out Theatre, Actors Circle, University of Scranton and the Scranton Shakespeare Festival. She took dance classes at Ballet Theatre of Scranton and singing lessons with local voice coaches Erin Malloy and Michele Conaboy McGrath. She also dazzled audiences at her alma mater, Scranton High School, including as Miss Knight, Princess Winnifred the Woebegone in “Once Upon a Mattress” and as the title character in the musical “Annie” when she was just a freshman.

“(Getting to play Annie) really made my life,” Hemphill said. “That was so much fun to be a part of and a dream come true.”

A turning point for Hemphill’s journey came as a middle-schooler when, after two years of auditions, she nearly nabbed a role on Broadway. Making it so far in the audition process and not securing the role may have discouraged another young teenager, but Hemphill took it in stride.

“I really think that experience shaped me and made me want to pursue (acting) even more,” she said. “I was sad, but I also knew that if I could get this close this time, next time it would be my turn. I kind of made peace with that fact (I didn’t get it) when I was really young and that resilience and hope carried me through.”

When it was time for college, Hemphill sought to enroll in Syracuse University’s prestigious acting program. Highly competitive, the program is audition-based and only takes 25 students per year. Her high school drama teacher, Jenny Brotherton, helped Hemphill prepare, and after auditions and callbacks over several stressful weeks, Hemphill was accepted.

“We were just so proud of her,” her mom said. “It’s such a prestigous program.”

Once in, Hemphill was then picked for a workshop with Syracuse alum and Academy and Emmy Award-winning writer Aaron Sorkin. Hemphill not only had the chance to work with Sorkin but also to take her first trip to Los Angeles and meet former “The West Wing” star Allison Janney, Hemphill’s favorite actress. She and the other students worked with several other Syracuse alumni, including Lenny Garner, an actor and director who also was born and raised in Scranton.

“When I opened up the first page on my schedule and I saw his name and bio that said, ‘Born in Scranton,’ I thought ‘You’ve got to be kidding me,’” she said, laughing and adding she kept in touch with Garner. “The Scranton connections are everywhere.”

During her time at Syracuse, Hemphill also worked on a Screen Actors Guild independent feature. Hemphill got a crash course in on-set life, which included long hours and night shoots that went from 5 p.m. to 5 a.m. Many times, Hemphill would leave the set only to head to class at 7 a.m. It was completely worth it, though, as Hemphill had a great experience and also earned her SAG card.

“It was a total adrenaline rush,” she said. “I couldn’t be tired because I was so excited (that) it was my first real film set and I was actually (a character who had) lines.”

Shortly before graduation, Hemphill performed in a showcase that granted her meetings with prospective agents and managers. She had her heart set on living in L.A. and signed with three agencies to help her get auditions for TV, film and commercials before she moved out there. Once in the City of Angels, Hemphill began life as a working actor and booked a short film as well as “Killer Competition” within a month of entering the industry.

“I tried to soak up every single moment (on the ‘Killer Competition’ set) and not take anything for granted,” she said. 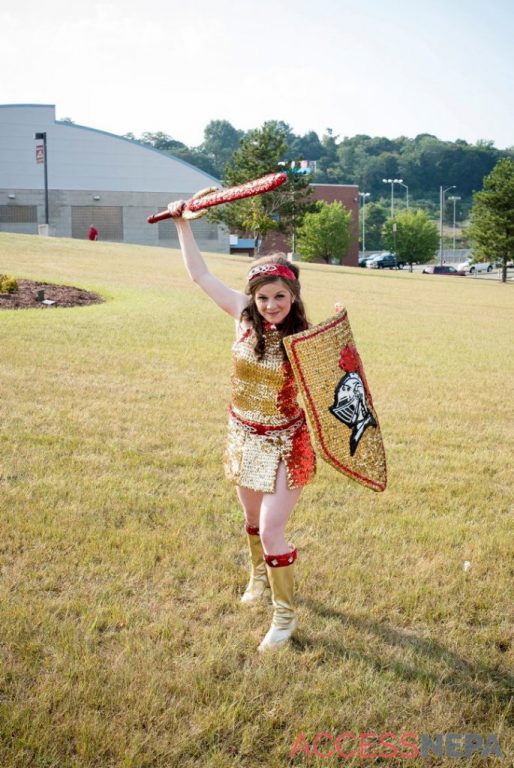 When the coronavirus pandemic shut down the industry for the next few months, Hemphill, not familiar enough with L.A., moved back home to be with her family in Scranton. The entertainment industry is operating at 15% now, she said, and Hemphill headed back to the city a few weeks ago. She’s filming self-tape auditions from her apartment and just booked a short film that will shoot in New York City this month. In the meantime, Hemphill works as a nanny and continues to make connections with others in the industry. Her dream career would mirror Reese Witherspoon’s, she said, “producing female-driven work” that she believes in and can star in.

“It’s amazing to have a front row seat of her journey,” her mom said. “You hear about people ‘getting discovered’ and it sounds like it just happens one day, but it doesn’t. There’s a lot of work that goes into this and she has been working so hard her entire life to get to where she’s going. We couldn’t be more proud of her.”

Hemphill cited the support from her parents and grandparents as what drives her to succeed. She’s also touched by the amount of love she’s gotten from old friends and former teachers in Northeast Pennsylvania.

“I think there’s something so special about (NEPA) and how close-knit it is,” Hemphill said. “There’s so much support there. So much of my fuel and determination to chase my dreams comes from how supported I feel. I know I am so fortunate to have people who are cheering me on, and it makes me that more excited to go after it.”