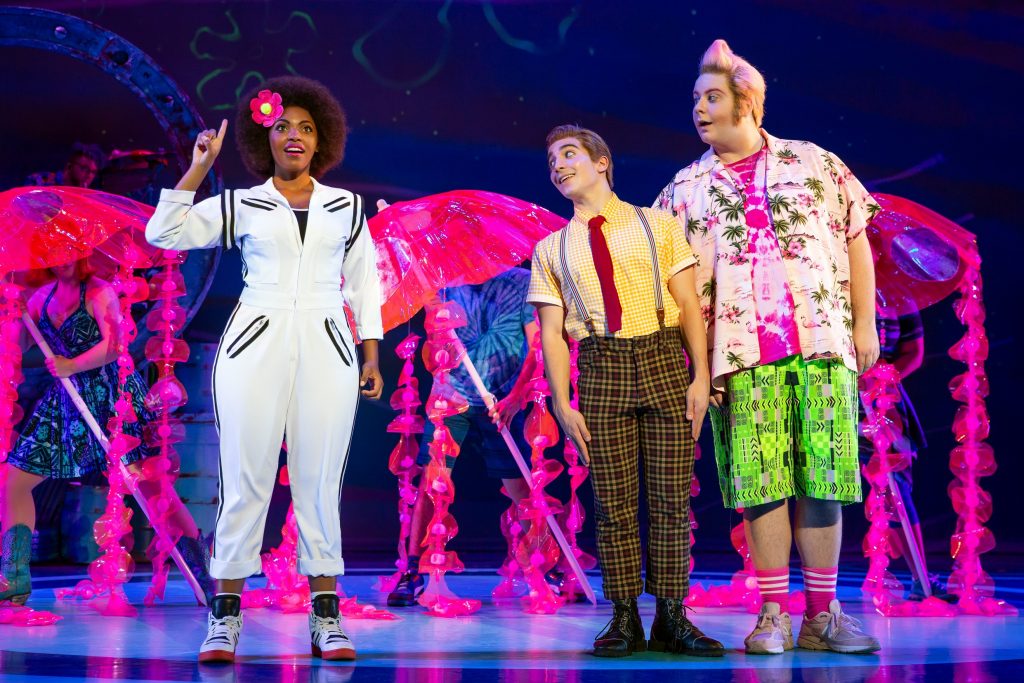 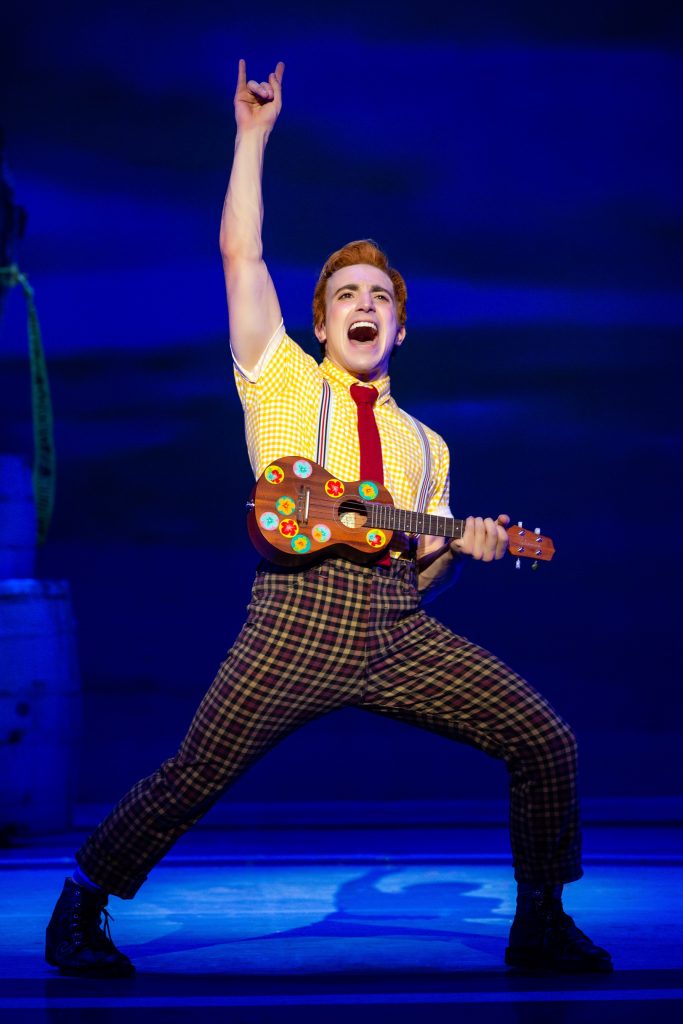 As the early sunlight illuminated a young Lorenzo Pugliese’s room in his Green Ridge home, he often would open his window and exclaim, “Good morning, world, and all who inhabit it.”

The Scranton native had first heard the line while watching SpongeBob Squarepants greet his undersea cartoon world with the same sentiment during an episode from the show’s third season.

Pugliese still welcomes the world with this same motto, but this time, it’s in the lead role in the national tour of “The SpongeBob Musical.” Pugliese says the phrase as the opening line to greet sold-out crowds across the country, and the opportunity to play the character on stage makes for a truly meaningful gift.

“SpongeBob is one of those iconic characters that really resonates with people, and being able to bring this character across the country and spread that joy, it’s a dream come true,” Pugliese said.

Growing up in Scranton, Pugliese was a sports kid who loved baseball, yet his father insisted that he take piano lessons. When his piano teacher asked him to audition for a play, Green Ridge Community Youth Theatre’s production of “High School Musical,” Pugliese landed the lead role. Soon, the story of the sports kid falling in love with theater played out both on stage and in Pugliese’s life. At 11, he knew theater was for him.

“The feeling that I got from being on stage was super intoxicating and enticing. … I knew it was something I would be doing for a long time,” he said.

Pugliese continued his involvement with local theater, performing more shows with Green Ridge Community Youth Theatre, Act Out Theatre Group and his alma mater, Scranton High School. After graduation, he set off to Philadelphia to study musical theater at University of the Arts.

In March of this year, “The SpongeBob Musical” announced an open casting call for its national tour, having just closed on Broadway in September 2018 after critical acclaim and multiple Tony Award nominations (and one win). In the midst of his final college semester, Pugliese decided to travel to New York City to audition. Although friends received callbacks from the show not long afterward, Pugliese heard nothing.

Two weeks after his original audition, though, he finally got a callback, and by the end of the audition process, Pugliese had ventured between the two cities numerous times. The fateful call came just one week after his college graduation in May — he was going to lead the show’s national tour as SpongeBob Squarepants.

Before each show, Pugliese takes an hour to do his usual warm-up routine, which involves vocal exercises and stretching along with a bit of cardio. Right before the curtain opens, he goes around to the cast and wishes everyone a good show, making sure he visits each member in the same order every time, much like an old baseball superstition, he said.

While Pugliese was disappointed that the tour does not stop in Scranton, the Philadelphia stint likely will rank among the most meaningful for him (it concludes its run there at the Forrest Theatre on Sunday, Dec. 15). He expected to reminisce on his days as a student with some old friends. 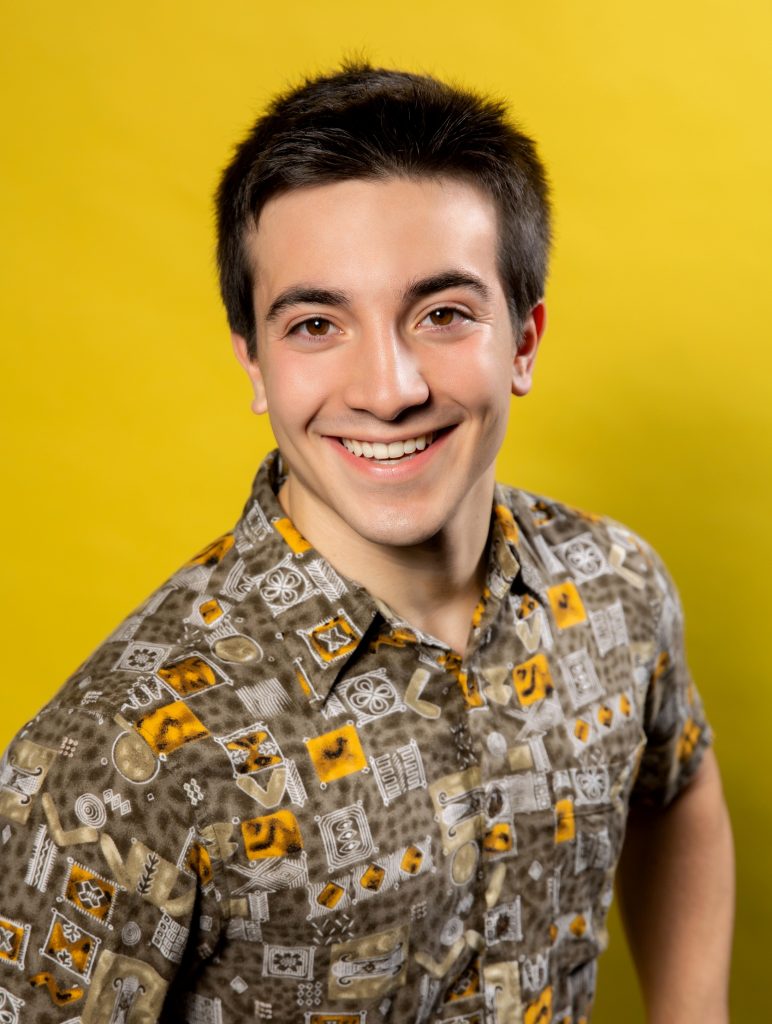 “I’m going to meet up with my girlfriend and a lot of friends, and do some of the things we used to do when we were in college. … It will be like one big reunion,” said Pugliese, who also performed with the show in Philadelphia’s Thanksgiving Day Parade last month.

Since Pugliese landed the tour gig so shortly after his college graduation, he did not have the opportunity to move into his own place, but he intends to head to either New York City or Los Angeles eventually.

For those aspiring to become professional theater actors, Pugliese stressed that persistence and work ethic are essential traits to possess.

“You need to work your butt off and get used to rejection, but trust that things will work out and trust that if you work hard, it will pay off,” he said.

By the time “The SpongeBob Musical” national tour ends within the year, Pugliese will have performed in nearly 300 shows. Yet with every stage he performs on, Pugliese never forgets the influence of his hometown.

“All of the things I did (in Scranton) provided the basis for what I’m doing now. … There’s always a part of Scranton’s arts community inside of me, and that influences me in every show that I do,” he said.