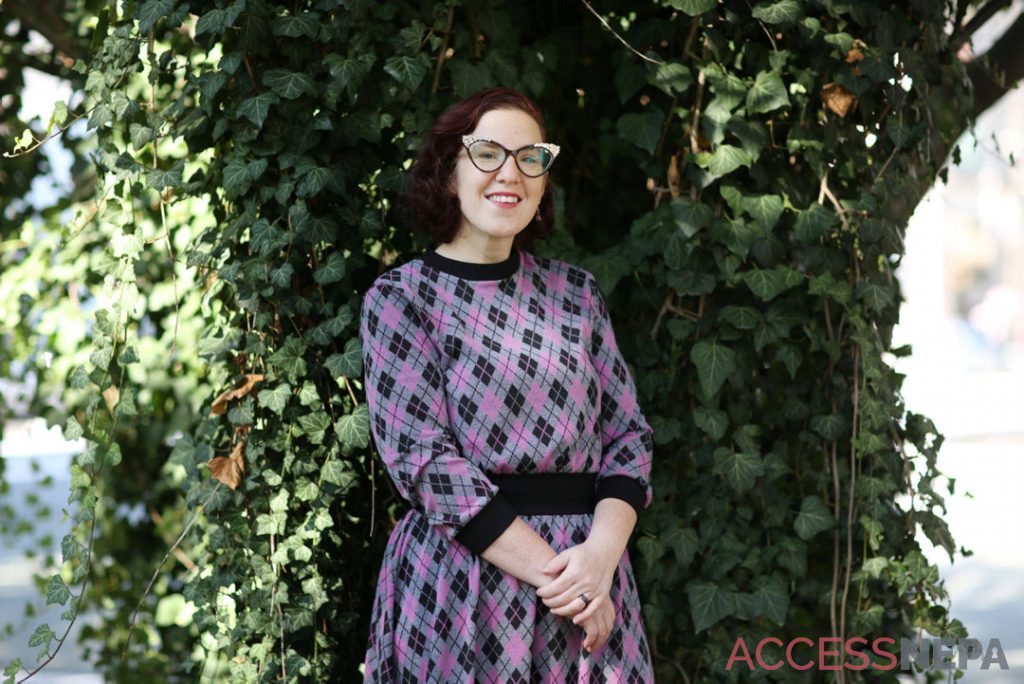 Mary-Pat Ward approaches her work in local government with a passion to give back to the community that she says gave so much to her.

A resident of West Scranton, Ward has achieved much in a life that included numerous challenges, from losing both parents by 19 to becoming a single mother two years later. She picked herself up and conquered the obstacles she faced, eventually rising to the rank of deputy director of economic and community development for the City of Scranton.

Scranton wasn’t always home for Ward, but it gave her a chance at a new life. Originally from New Jersey, Ward was 10 when she moved to Newfoundland. Her mother died just three years later. Ward went on to graduate from Wallenpaupack Area High School and stayed in the area with her father until he died when she was 19, after which she returned to New Jersey until she became a single mother. Ward had lived with her boyfriend’s family and her own family but eventually realized her situation would never improve if she stayed in New Jersey.

“There was no way, based off where I was staying, that I would ever be able to move out on my own, and so it was really important for me to find some autonomy and to find a way to take care of my daughter on my own without immense help,” Ward recalled. “I was familiar with the Scranton area and I had friends here, and the cost of living was more manageable than where I was at in New Jersey. So I tried a valiant attempt to kind of get settled here.”

Ward moved in with friends under the stipulation that she would pay rent, and she took a job waitressing. For a little while, her situation stabilized, but then her young daughter, Isabella, became ill and was sent Geisinger Janet Weis Children’s Hospital in Danville for treatment. Without a car to commute from the hospital to her job, and with no family members available to stay with her daughter while she worked, Ward remained at the hospital until Isabella was discharged. But the situation cost Ward the waitressing job that paid her rent.

Unable to make rent, Ward and her daughter became homeless, but Ward was unwilling to let the work she had done to provide for her daughter unravel so easily. A voracious reader, even in her darkest moments, Ward frequented the local library, where she found information for the Catherine McAuley Center in Scranton, which helps homeless women and families locally. She called the center, and that night, she and her daughter had a place to stay.

With the most pressing concern taken from her shoulders, Ward continued pushing forward. While at the McAuley Center, Ward got a case manager who helped her set long- and short-term goals. She eventually joined the center’s transitional housing program, which helps women find housing for their families, paid in part by the McAuley Center, under the stipulation that the women will be able to afford the payments once they leave the program. And after taking courses at McCann School of Business and Technology, Ward graduated as salutatorian of her class with an associate degree in business.

Along with providing the financial support Ward needed to improve her family’s living situation, the McAuley Center helped build Ward’s confidence and make her realize her situation was not her fault.

“I didn’t believe I deserved better,” Ward said. “So many women who are in need feel like it’s their choices and decisions that led them there and, ultimately, it’s like a punishment — it’s like what you deserve. And I wanted to change that story, and the Catherine McCauley Center allowed me to do that by letting me share my story.”

From the moment Ward entered the McAuley Center, she felt inspired to give back to it and to Scranton, even though she felt the debt she owed both was unrepayable. She accepted a series of speaking engagements for the center that later resulted in a paid position there.

“They always have a place on their board for a past program participant, and so I was able to make connections that way and start sharing my story by being able to be on their board of directors,” said Ward, who reviewed the program and looked for areas to improve it.

Ward eventually found work in local government, joining the city of Scranton staff in 2016. Among other responsibilities, she increased accessibility to city meetings and improved the city’s organization regarding board appointments and membership changes. She moved on to work in economic and community development in 2019, where she was able to further the city’s revitalization efforts as well as its relationship with social services.

After last year’s special election, Ward moved into her current position as deputy director of economic and community development, a role that allows her to continue pursuing her goal of bettering the lives of community members by working directly with social workers and on city construction projects.

“I’m a very unique person in the field, and I’m honored to be that person that received direct services that had to walk the path a little bit of someone in need,” Ward said.

With her experience as her guide, Ward tries to live her philosophy of coming from a place of kindness first and encouraging others to do the same.

“We need to always strive to be better in regards to the equity with which we help people,” Ward said. “Even in my homelessness, (I) was privileged (to know) what it meant to be like that poster child for (being) homeless — you know, single, white, mother with one child. … I had moments where people could be mean, but certainly not to the extent women of color have to deal with the things people have said to them.”

Ward also belongs to the Women in Philanthropy organization in Scranton, which this year named her the recipient of its Margaretta Belin Chamberlain Award. The honor goes to women philanthropists who exhibit commitment to community, vision and innovation, tolerance and sensitivity, achievement of goals, and leadership in the empowerment of women and girls.

“It’s overwhelming for me in that, through it all, through my homelessness and seeking help and then working alongside people to help fund these organizations — and for the community to continue to bolster me up through all of it — (it) is amazing that people thought highly enough to nominate me for this and then to be chosen from all of those nominees,” she said.