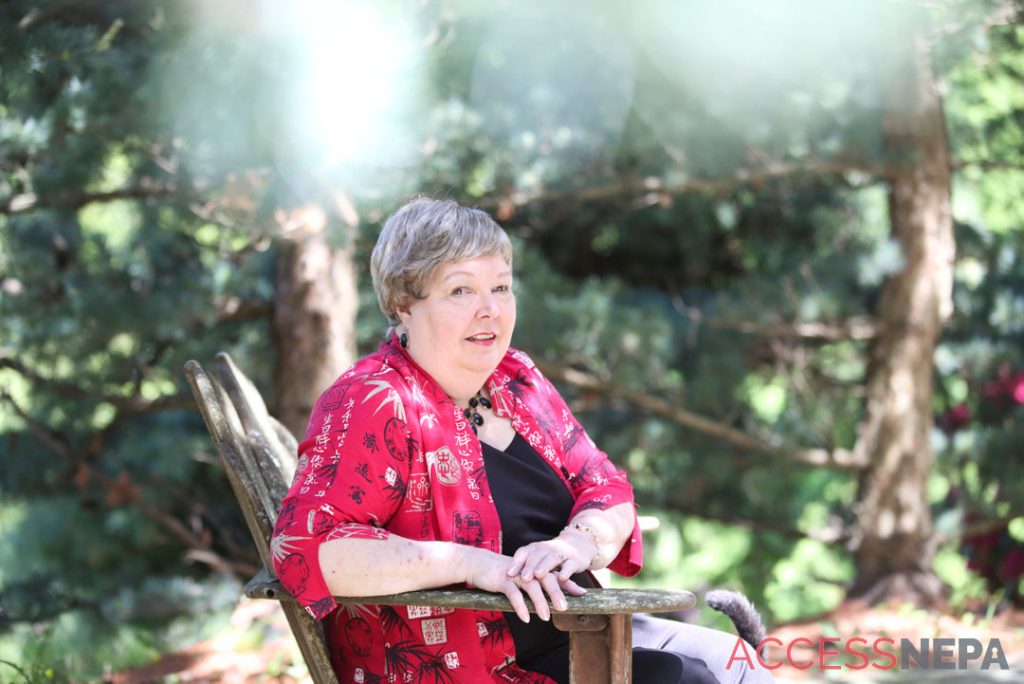 Retired Scranton teacher dedicates time to many, including veterans

Look for help, and chances are you’ll find Valerie Riggi.

Although she retired in 2007, the Scranton resident has hardly taken a break. She continues to not only participate in but also lead local charitable groups.

Originally from Philadelphia, Riggi moved to the Dalton area as a child, becoming part of the first class to graduate from Lackawanna Trail Junior-Senior High School that had attended the school for all six years. After marrying, she moved to Dunmore and eventually settled in Scranton’s East Mountain neighborhood.

Armed with an associate degree in accounting from Keystone College, Riggi worked in the business sector for several years before deciding to apply her skills in a new way. She went back to school, earning a bachelor’s degree in business education and a master’s degree from Marywood University, and then spent 28 years teaching business in Scranton School District.

Her late husband of 45 years, Theodore Riggi, was an Italian American Army veteran of the Korean War, and with him she joined the Keystone Chapter of UNICO National as well as Friends of the Forgotten. She has served as treasurer for the UNICO chapter for the last seven years, helping with bake sales for St. Joseph’s Center, the group’s yearly pig roast, bocce tournament and more.

“They are a very welcoming group and a lot of fun, and there’s a huge group of core people who do a lot for the organization,” Riggi said, adding, “I enjoy working with them.”

Riggi also serves as president of Friends of the Forgotten, a veterans service organization often helps Gino J. Merli Veterans’ Center, and her work with veterans extends to other local groups as well. She is treasurer of Valhalla Veterans Services, whose work has included refurbishing a house in Scranton with an apartment to rent to veterans plus offices and counseling rooms.

“There’s a kitchen and television and some rooms that the first responders can use, especially police, when they’re on duty,” Riggi said. “They can take a break and use the facilities.”

Valhalla also does a lot of work with suicide prevention, she said, and she has helped with the Assist Program, which connects people as risk of suicide with counselors.

“I enjoy getting to meet them trying to help maybe guide them to the services that they need,” she said.

Riggi also joined the Veterans Resource Coalition of NEPA, which once or twice a year sets up a stand where veterans can get lunch, hair cuts, clothing, other service referrals and many other things they might need.

Veterans need a lot of resources when they return from war, Riggi said, such as a workshop she saw at Penn State Scranton that helped ex-military find ways to present their skills to potential bosses.

“The veterans come back from deployment many times and they have been in charge of hundreds of thousands of dollars worth of material, a lot of engineering expertise and seeing over groups of maybe a couple hundred men,” Riggi said. “And then they come back to civilian life, and civilian employers want them to go to college and get a degree. … They have to find some way to connect this experience and knowledge they’ve acquired in terms the employers could understand.”

Aside from veterans groups, Riggi is a member of the Jefferson Twp. Lions Club, of which she is a past president and now serves on the board, and she is president of the Geisinger Community Medical Center Auxiliary, which she joined about 15 years ago.

“I enjoyed being able to give back to the hospital,” said Riggi, whose one daughter was born prematurely and stayed in the hospital.

The group holds various fundraisers to help GCMC through grants different departments can apply for. The auxiliary has provided items such as specialty enclosures for nursing mothers and televisions and gaming systems for the behavioral unit and waiting areas.

Riggi, who also is a licensed nail technician who formerly owned Compatible Healthcare Institute and Spa (aka Chi Spa) in Mount Cobb, continues to play clarinet in the Ringgold Pops, a Scranton-based professional concert band her husband, a Scranton School District teacher and music supervisor, conducted for 40 years. She has helped the band as its librarian and paymaster, too.

“I enjoy playing music, and I enjoy seeing all the people in the audience after the performances,” said Riggi, whose daughters, Carla and Gia, also are musical.

While the coronavirus pandemic put many of her activities on hold, Riggi has stayed home with her dog, Angel, and cat, Cali. She said she looks forward “to getting back to all my friends with the various organizations to which I belong.”

“This sheltering in place has been different,” Riggi said. “I’m used to be on the go like four to five days a week.”