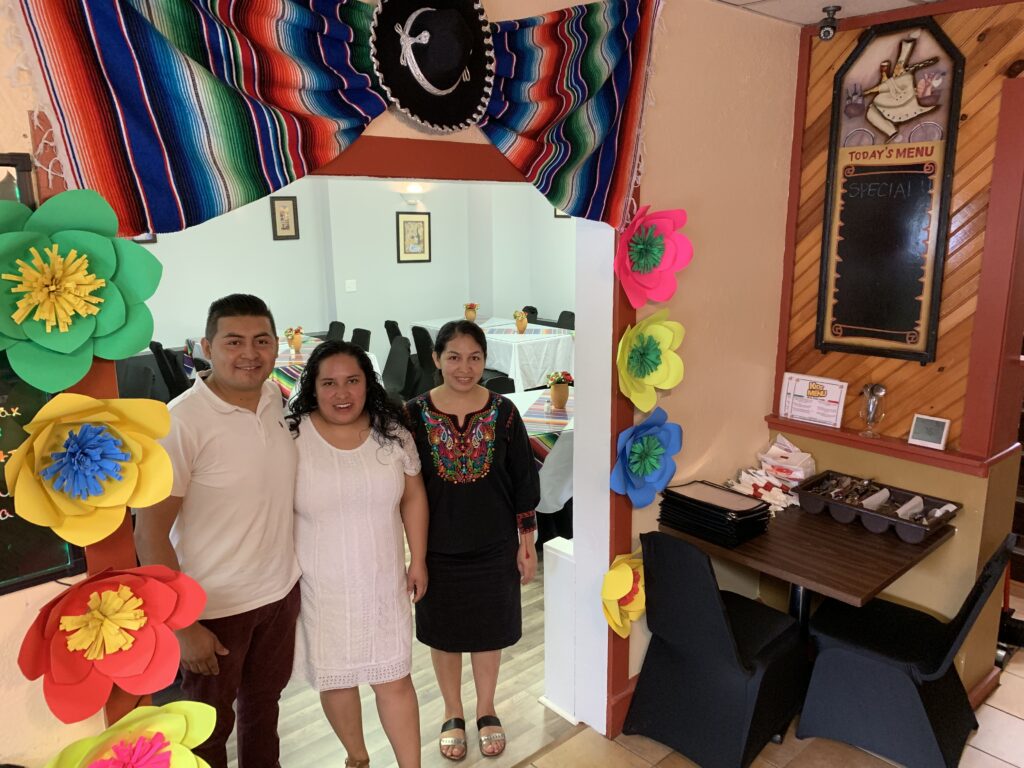 Tony Camacho has spent more than half of his life living in Scranton and learning the finer points of Italian cooking.

Ever since he came to the United States from Morelos, Mexico, in 2002 at age 15, Camacho has worked on improving his English and toiling in kitchens to achieve his goals.

He started cooking at John’s Italian Restaurant part-time as a teen while studying at Scranton High School, and he eventually moved up to full-time, putting in 13 years at the Greentown eatery.

At the same time, Camacho also opened his own small tortilla bakery and grocery stop in South Side, which sold staples of Mexican cooking such as cilantro, garlic, beans, rice and jalapeños. As word spread about his high-quality tortillas and accompanying dipping sauces, United Neighborhood Centers of Northeastern Pennsylvania came around to invite Camacho to join its farmer’s market.

“It opened a lot of opportunities,” Camacho said. “People loved our guacamole.”

Through conversations with the other vendors, he learned of additional local farmer’s markets to join, including ones in Dunmore, Pittston, Avoca, Clarks Summit and Dickson City. Camacho also took up part-time residence in the Marketplace at Steamtown. As rave reviews for his fresh food poured in, he began to look for a space to call his own.

Camacho and his wife, Belen Pineda, began the hunt for the right building, which took them all over the city. Some places were too small while others were too expensive or required too many repairs, until a modest space in North Scranton came into view.

In June — following renovations that included installing new flooring and putting up fresh paint — the couple opened El Buen Amigo at 1016 Tripp St. (the former Natale’s Restaurant & Catering). The location proved ideal, without much competition from other Mexican restaurants nearby.

What really sets El Buen Amigo apart, however, is its commitment to offering two cuisines at once: Camacho’s specialty, Italian, in addition to his wife’s family recipes from Mexico.

The menu features a robust balance of both under every section, from appetizers to dinner platters to desserts. The fried cheese raviolis are all homemade, as are the salsas and marinara sauce. While guests can find classic Italian dinners such as Penne and Broccoli, Vodka Rigatoni, Veal Sorrento, Shrimp Scampi and chicken done in Marsala, Piccata, Francaise, Parmigiana or Cacciatore styles, there also are plenty of Mexican choices, too.

Many recognizable dishes — like Enchiladas, Chimichanga, Tostadas and Burritos — are there. And Camacho believes he is the only restaurant that serves Tlayuda, which tops a 12-inch tortilla with tomato, refried beans, cheese, avocado and more before it goes into the oven to be baked. 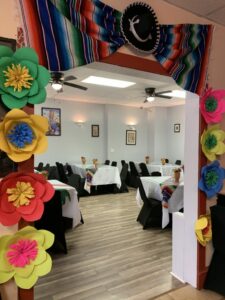 Every Mexican dish can be made vegetarian-style, and all chips and salsas served at El Buen Amigo are gluten-free, Camacho noted. The restaurant also does not sell or allow alcohol in an effort to remain family-friendly.

Friendliness is a hallmark of the business, he added. It’s why he chose the name — which translates to “the good friend” — to appeal to neighbors and customers who have followed him from all around.

“Everybody is very respectful to us, and we try to be very friendly,” Camacho said.

Decorated in bright flowers and fabrics, El Buen Amigo’s art even reflects the blending of Italian and Mexican influences. With seating for up to 60, it offers plenty of room for family gatherings and groups of friends.

With the third anniversary of his tortilla business approaching on Tuesday, Aug. 20, Camacho is planning a celebration to mark the occasion. Each year, he usually offers up slices of Tres Leches Cake to customers, but he promised something extra to also celebrate his new place.

Camacho knows it’s unexpected to mix Italian and Mexican in one restaurant, but it’s a benchmark in business that he and his wife are proud to have reached, especially in Scranton.

“Some people, when I tell them, they start laughing, but others love it. But it’s like, ‘Let’s try it, why not?’” he said. “It’s my dream. My American dream.”