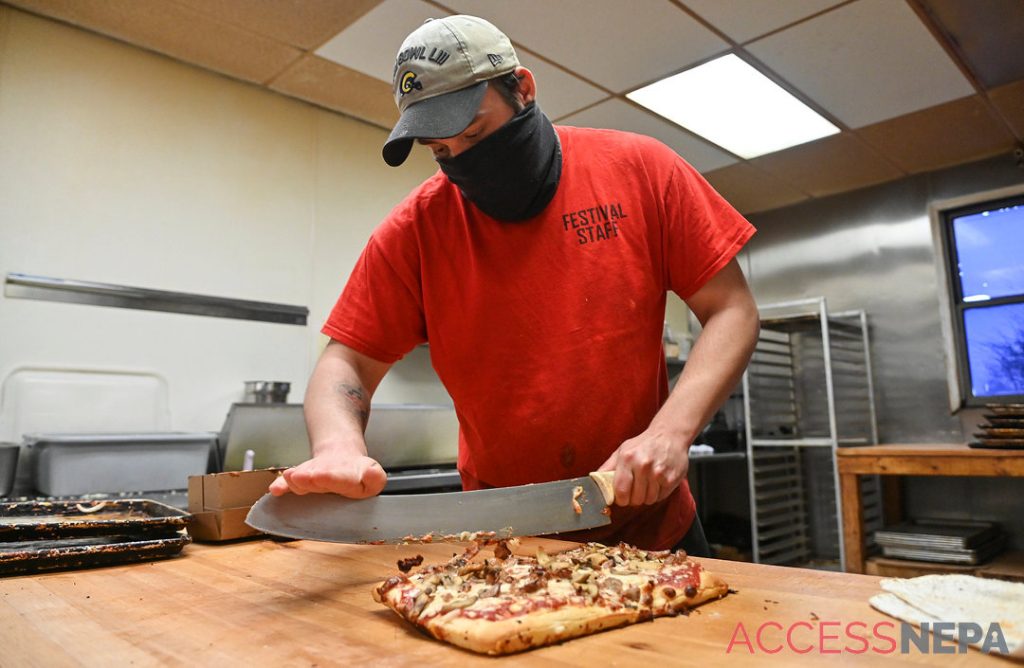 The wait is over.

After the state, amid a coronavirus surge, prohibited customers from eating inside restaurants for three weeks, owners are eager to serve them again. The ban, which ended Monday, was in effect during one of the busiest times of year for the industry.

Restaurants may now operate at as much as 50% capacity again indoors, a welcome sight for John Heim III, co-owner of Bartari on Adams Avenue in Scranton .

He’s hopeful allowing patrons back into the restaurant will help recovery efforts after takeout sales fizzled during the shutdown.

“The last three weeks have been tough,” he said. “We were relegated to takeouts and there wasn’t much out there.”

Heim remains optimistic business will pick up after receiving several inquiries about the status of the restaurant while holding a staff meeting Sunday.

“We got a lot of calls and a lot of people walking in asking if we were open,” he said. “My entire staff and I can’t wait to see our guests back here. From what we hear, all our regulars want to support us. They enjoy what we have to offer.”

The establishment features a variety of arcade games, primarily from the 1980s, and Heim plans to introduce new ones.

“We’re hoping to get back to pre-Thanksgiving numbers,” he said. “We were doing very good until Thanksgiving and then the doom and gloom set in when (Gov. Wolf) shut us down. We’ve done everything we could to cut costs and we’re hoping it all pays off.”

While Joey Colarusso , owner of Colarusso’s Cafe on East Grove Street in Clarks Summit , is happy to see his restaurant reopen, he remains concerned customers may opt to stay home a bit longer.

“It’s great that it’s opening, but I still don’t think it’s going to bring people out because they’re too scared,” he said. “You’ll get some people out, but it’s not going to be the same as it was a year and a half ago. People are just afraid to come out to restaurants.”

Colarusso also fears it may be difficult to recoup the revenue lost during the holiday season.

“That’s when you really flourish and make some good money,” he said. “In January and February, people are paying their bills from Christmas and business is usually down until around Lent.”

According to Jay Velar, co-owner of the Railyard on Jefferson Avenue in Scranton , the return of indoor dining is vital to the businesses’ bottom line.

Even though the restaurant was able to serve customers on an outdoor patio, he stressed the importance of bringing people back inside.

“It was very helpful, but it’s not realistic to operate a location of that size for an extended amount of time with only 10 tables, unfortunately,” he said. “Instead of having limited patio seating, we’ll have a full dining room.”

The increased capacity will also allow Velar to offer more hours to employees who were out of work during the holidays.

Sales from takeouts and deliveries helped keep the restaurant running throughout the shutdown, but those profits only make up a fraction of overall sales during a typical month.

“Takeouts normally account for about 10 to 15% of our gross sales,” Velar said. “They ticked up about 5%, but it still didn’t cover the other 80%, especially when you’re dealing with a building where the overhead is very expensive.”

While Velar noted the business may continue to struggle throughout January and February, he’s looking forward to the spring.

“I think with the vaccination combined with the weather warming up, people will want to come out,” he said. “That’s the light at the end of the tunnel, knowing we’re a few months away from hopefully a steady slope back toward normalcy.”