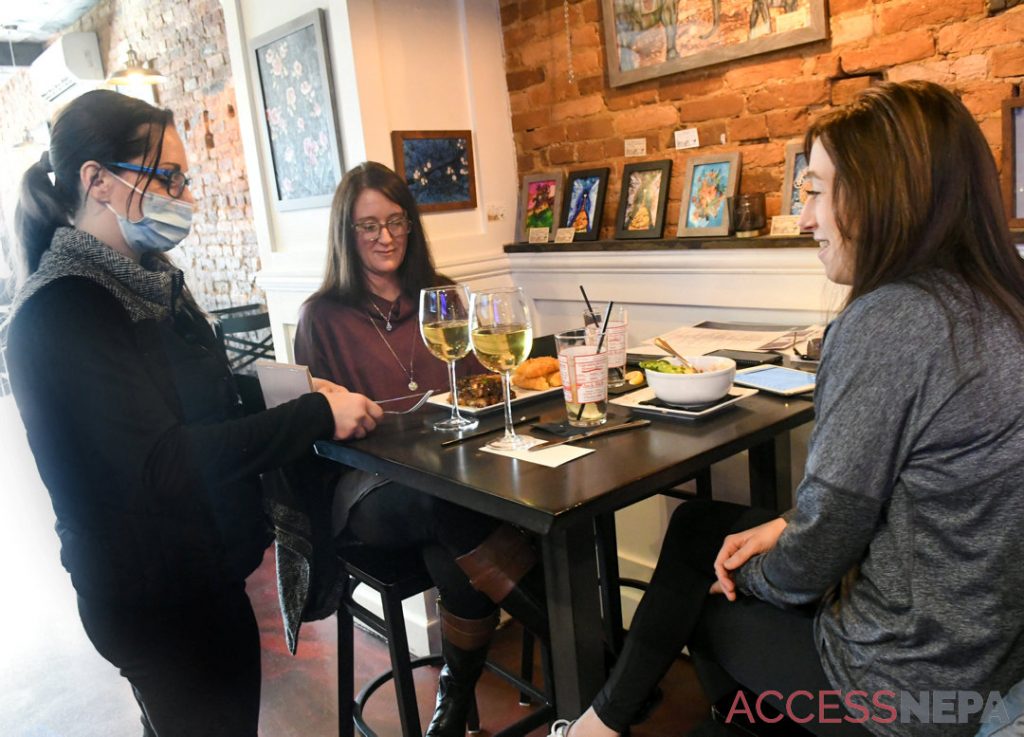 The last time John Challenger saw customers enjoying a drink at the bar at The Crimson House was almost exactly one year ago — March 17. Two days later, the restaurant had to shut down to curb the spread of the coronavirus.

“It was devastating as we were stocked up for St. Patrick’s Day,” the co-owner of the Pottsville restaurant said.

In less than three weeks, however, on Easter Day, customers will be allowed to sit at the bar and other restrictions will be lifted at bars and restaurants statewide.

In an announcement Monday, Gov. Tom Wolf said restaurants can resume bar service and serve alcohol to customers without a meal and that the curfew for removing alcoholic beverages from tables will be lifted effective April 4. In addition, capacity for indoor dining will be allowed to increase to 75% for restaurants that self-certify with the state and 50% for those that haven’t gone through the online certification process.

Restaurants are still encouraged to offer outdoor dining, takeout and curbside pickup and requirements such as wearing face masks and maintaining social distancing in them are still in effect.

The new guidance was greeted favorably by restaurant owners in the county.

An ecstatic Challenger, who called the news “amazing” and “wonderful,” said not being able to offer bar service has been painful, not only for him and employees, but also the customers.

“They will be happy,” he said. “They’ve been wanting bar service to return.” 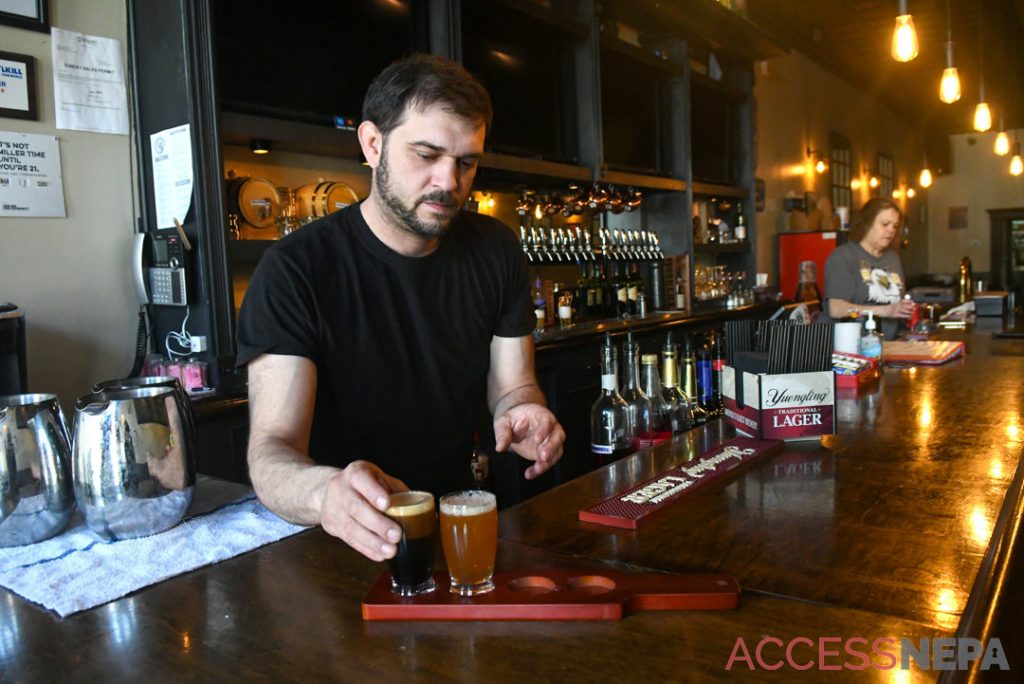 A first in Minersville

For Stephen DeLucia, co-owner of Little Brown Barrel in Minersville, April 4 will be the first time he will be allowed to serve alcohol to customers at his bar since opening in September.

“It is a blessing,” he said, noting one of the restaurant’s bartenders nearly cried upon hearing the news.

He said opening during the pandemic was a mixed blessing as it allowed him to highlight the food offered, but it also meant the four people he hired as bartenders were limited to serving food.

Having the bar open means sales will go up, DeLucia will be able to pay himself, which he hasn’t been able to do during the pandemic, and the bartenders can do their job, DeLucia said.

“The bartenders can be bartenders,” he said. “They can start doing what they’re paid to do and experienced in.”

The eased restrictions, DeLucia said, give restaurant employees everywhere a chance to make a living and provide for their families.

“Having the reduced capacity and no bar service is hard for them,” DeLucia said. “I sympathize with places that are bars as they have really had a hard time (during the pandemic.)”

Savas Logothetides, owner of Wheel restaurant in Pottsville and Tamaqua, called the governor’s announcement another step in the right direction.

“My team and I are elated to hear the news,” he said. “The quicker we get back to normalcy the better for everyone.”

Like Challenger, Logothetides also hasn’t seen customers having a drink at the bar at Wheel’s Pottsville location since March 17. The Tamaqua location opened in September.

While restaurant owners were thrilled at the news of more indoor occupancy and bar service returning, the head of an association representing restaurants and hotels in the state believes the restrictions should have been lifted earlier.

Pennsylvania Restaurant & Lodging Association President and CEO John Longstreet said he is “disappointed to see that the state is still required to delay for three weeks” rather than implement them immediately, as neighboring states have done.

Coming back quicker would help make sure the businesses “can survive this long period of disruption,” he said in a statement.

The governor’s order also allows an increase to 75% occupancy for personal services facilities, gyms and entertainment facilities such as casinos, theaters and malls, also effective April 4.