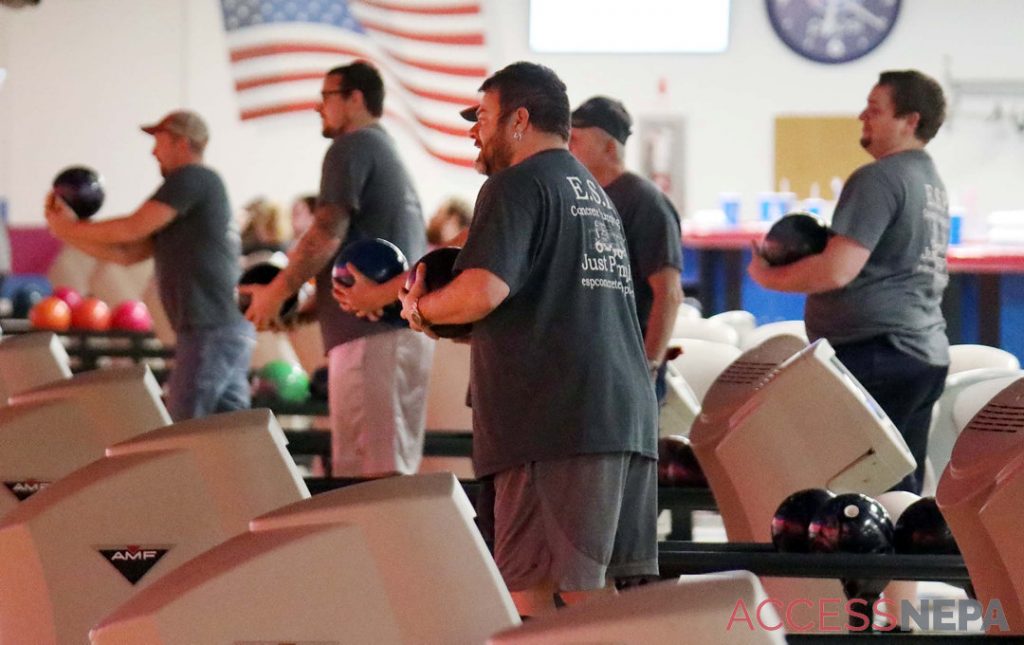 When Odyssey Fitness Center in Wilkes-Barre reopened its doors Monday at 8 a.m. — the time the latest COVID-19 restrictions expired after three weeks — a long line of members had already formed and waited to check in at the front desk.

Several carloads of customers waited in the parking lot of Abe’s Hot Dogs on Barney Street in Wilkes-Barre for the business to reopen for indoor dining at 9 a.m. Eager bowlers were at the front doors of Chacko’s Family Bowling Center for their 5 p.m. reopening.

“We were busy as soon as the doors opened,” said Sandy Monico, 45, a longtime server at Abe’s Hot Dogs. “The customers said they missed us.”

The owner of Austie’s Family Restaurant in Hanover Twp. was greeted with flowers from customers happy they could once again sit down at a booth and eat.

“I’m very happy to be open and my customers are, too. We had a good day. I’m very grateful,” said Alice Matyas, the restaurant’s owner. “I wish my help would come back. I had a few of my employees go work for Chewy. They said the governor doesn’t shut them down.”

Matyas said the latest ban on indoor dining occurred during a period of time her business was planning a 45th anniversary celebration.

Monday marked the end of the state’s latest COVID-19 mitigation restrictions designed to lessen the spread of the virus.

Indoor dining, which was prohibited since Dec. 14, resumed. Entertainment venues like casinos and bowling alleys were allowed to reopen. While the restrictions ended at 8 a.m. Monday, two area movie theatres, Movies 14 in Wilkes-Barre and Cinemark in Moosic, announced they wouldn’t resume operations until Friday.

Business owners and employees said they were happy to resume operations despite there still being limits on capacity size and hours of operation.

“A lot of regulars came out. They were tired of being cooped up for the last three weeks,” said Jessica King, 39, of Shavertown, a bartender at Franklin’s on Public Square. “It was like they never left.”

“That is pretty hard core. Excitement is a good thing,” Hodorowski said. “I was like, ‘You’re the first ones back. Thank you for being here.’”

Chacko’s made news recently when it was revealed the family business would be getting $15,000 a month assistance through a fund created by Barstool Sports, a popular sports and pop culture website, to help small businesses.

“For me, it’s exciting so many people are happy to get back to bowling,” Hodorowski said.

Crystal Wright, fitness director at Odyssey Fitness Center in Wilkes-Barre, said there’s usually a line to get in the gym each morning, but Monday’s line was way bigger than usual. She said gym membership dues were waived for January since most members already paid in full for December.

“All of the members were so excited. Every time I was like, ‘Welcome back,’ they were like ‘I missed this place,’” Wright recalled. “The members themselves said it was really hard being closed because they need that exercise not only for their physical health but their mental health. I met with two members today who said they were sitting home depressed the past three weeks.”