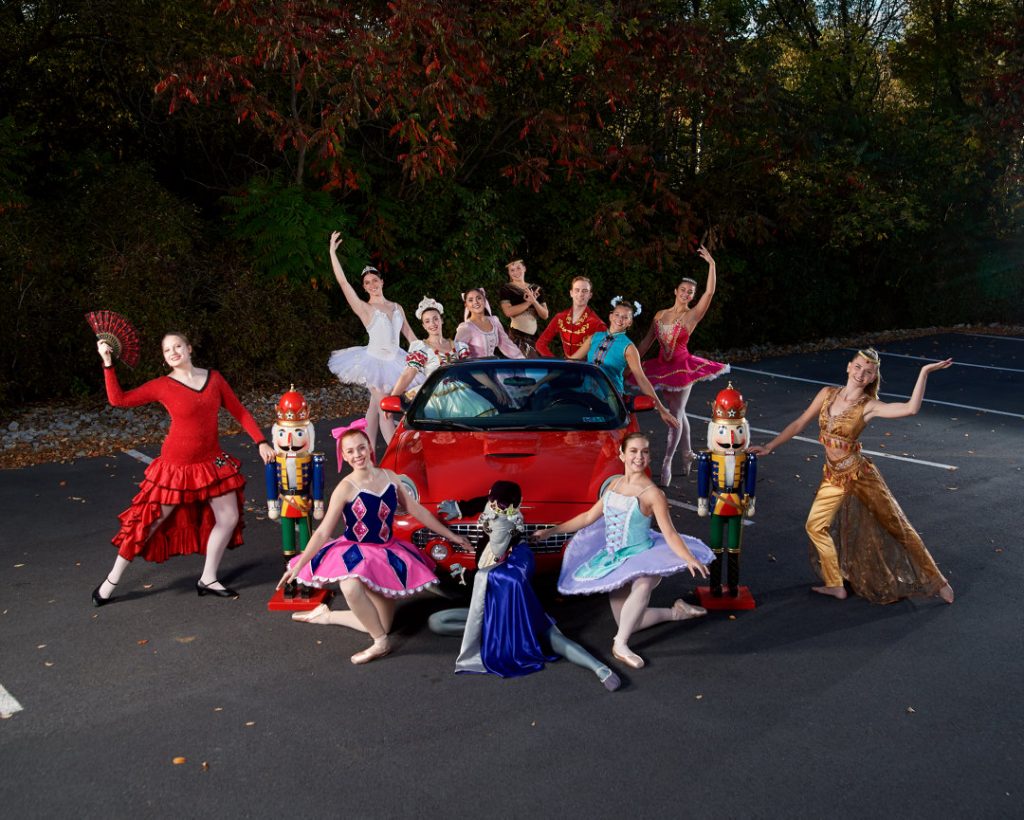 Two dance companies will make the leap to a new way of continuing a Christmas tradition.

Ballet Theatre of Scranton and Scranton Civic Ballet each will present filmed versions of their ”Nutcracker” productions on local television networks in the days surrounding Christmas. The ballet, featuring the music of Pyotr Ilyich Tchaikovsky, takes viewers on a magical Christmas adventure with a young girl, Clara, who visits a land of fairies, dancing mice and a nutcracker prince.

Before it takes on the small screen, Ballet Theatre will head to the big one. The dance company will continue its tradition of presenting “The Nutcracker” as a free “gift to the community” each year, partnering with Goodwill’s Theater at North and the Charles DeNaples family to screen the show for free at Circle Drive-in, 1911 Scranton-Carbondale Highway Dickson City. Shows will take place Friday, Nov. 20, and Saturday, Nov. 21, at 5 and 8 pm. Only the first 300 vehicles will be admitted.

FOX 56 then will broadcast Ballet Theatre’s show on the WOLF, WSWB and WQMY channels from Wednesday, Dec 23, through Saturday, Dec. 26. Check local television listings for showtimes.

Scranton Civic Ballet, under the artistic direction of Helen Gaus, has teamed up with WVIA, which received a Lackawanna County Arts and Culture Community Grant to professionally film and produce that troupe’s 34th annual production of “The Nutcracker.” WVIA then will broadcast the show on Sunday, Dec. 20, at 6 p.m.; Thursday, Dec. 24, at 8 p.m.; Friday, Dec. 25, at 4 p.m.; and Sunday, Dec. 27, at 2 p.m.

“We’re thrilled because this is our beloved ‘Nutcracker.’ This is our Super Bowl,” said Theresa Micknick, president of Civic’s board of directors.

Civic usually records its shows and had planned to offer a DVD of “The Nutcracker” to WVIA for a potential broadcast, she said, but WVIA took the idea and ran with it as a way of giving people some extra holiday spirit this year. Once the grant came in, “it all fell right into place,” Micknick said.

Ballet Theatre already filmed its production at the Theatre at North in Scranton, where Civic will record its version after Thanksgiving.

“It was a wonderful experience for everybody,” Arduino said. “They were all so excited.” 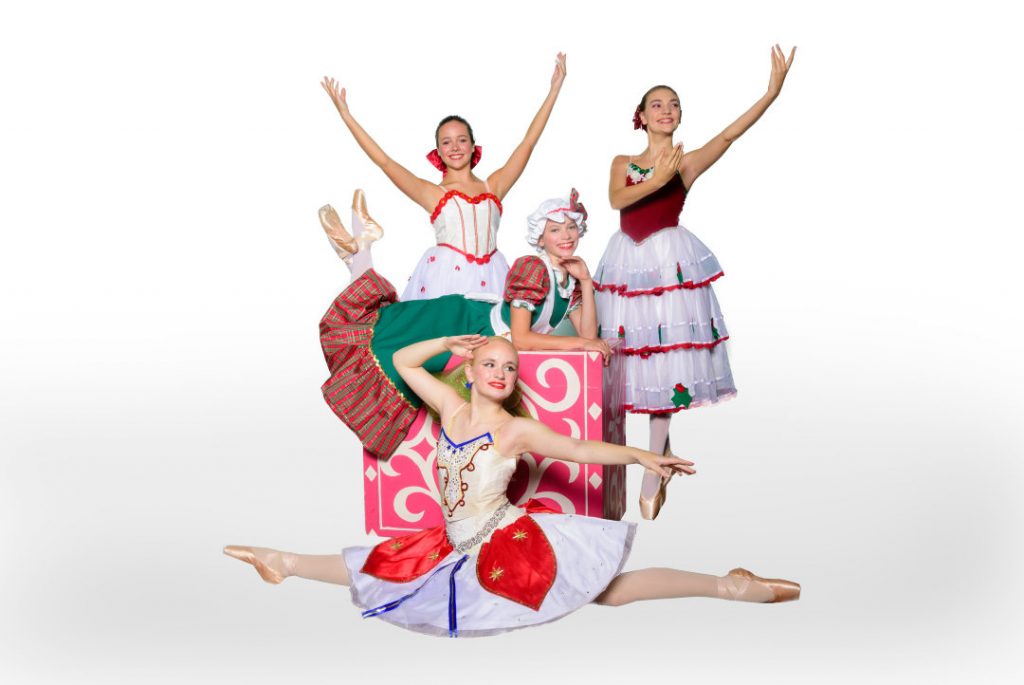 Ballet Theatre will include clips from last year’s performance because social-distancing regulations limited the number of people allowed on stage and limited interaction between dance partners. In order to show “four small sections” as intended, Arduino turned to the 2019 recording.

The coronavirus made putting together the ballet challenging, but with planning, each troupe made it work. Civic, whose production has 60 performers ages 8 to 50, rehearsed in small classes, added rehearsals and cut down the number of people in certain scenes, Micknick said.

“We’re lucky,” she said. “We have a giant studio and a smaller amount of students, so that helped.”

Because the dancers cannot touch, Arduino re-choreographed the scene between Clara and the Nutcracker when he comes to life. She cut out the lifts but said the new movements still “depict the emotions of the piece.”

Arduino also added a narrator — actress and Scranton native Maura Malloy — to her production, which she believes will help move the story along for the public.

While Civic can’t hold the free performances it usually hosts each year for about 1,200 local school students, the troupe will continue its outreach. Schools will get links to Civic’s show so they can include it in their classes, Micknick said. Civic also usually has local school bands perform “Nutcracker” music while guests take their seats, and this year it has asked them to submit pieces to include in the broadcast instead. Schools interested in participating should call Civic at 570-343-0115.

While the pandemic created challenges and changes, both dance companies see a silver lining in showing their ballets on TV. Micknick said Civic always tries to think of ways to get more people to see its “Nutcracker,” and having it on WVIA will do just that. Several million people have access to that channel in numerous counties, she noted, and “it’s very exciting that all those people can see it.”

“It’s so important because so many people look forward to it every year,” Micknick said. “Everything (else) is being canceled. Maybe grandma couldn’t come out, or maybe she’s in a nursing home or somewhere (where) they can put it on.”

“I know firsthand that many people have reached out for many different reasons about the positive aspects,” Arduino said. “They might have … people in their families that have to quarantine all the time, so they still get to enjoy the benefits of this performance.” 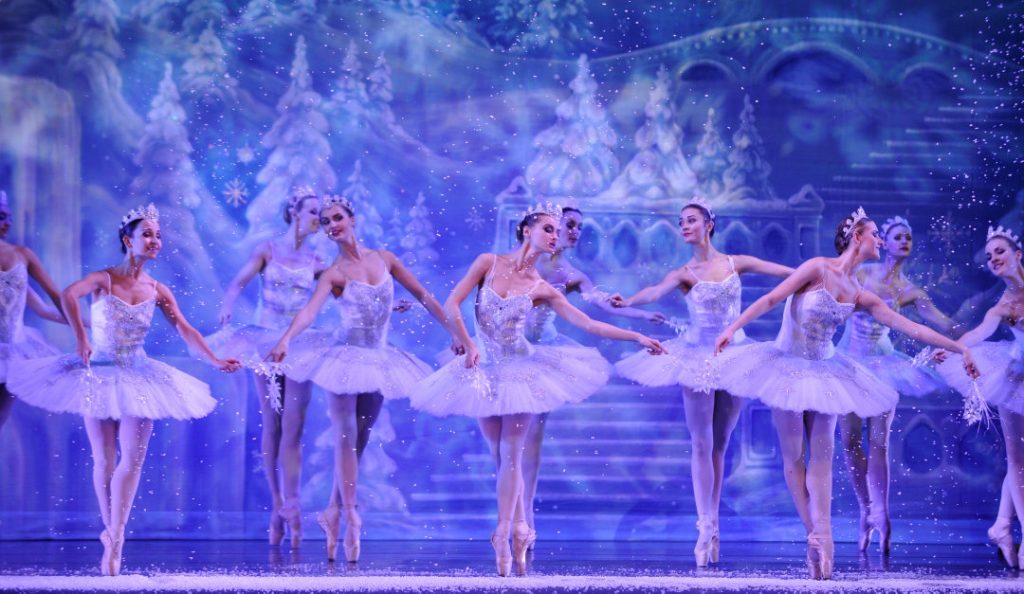 F.M. Kirby Center for the Performing Arts typically hosts the Moscow Ballet’s “Great Russian Nutcracker” each Christmas, and while the international production won’t stop at the Wilkes-Barre venue this December, fans can still watch.

“The Great Russian Nutcracker” will stream Saturday, Dec. 19, at 8 p.m. and for a limited time after that date. Viewers will not only get to watch the ballet but also get a glimpse behind the scenes and hear from the people involved.