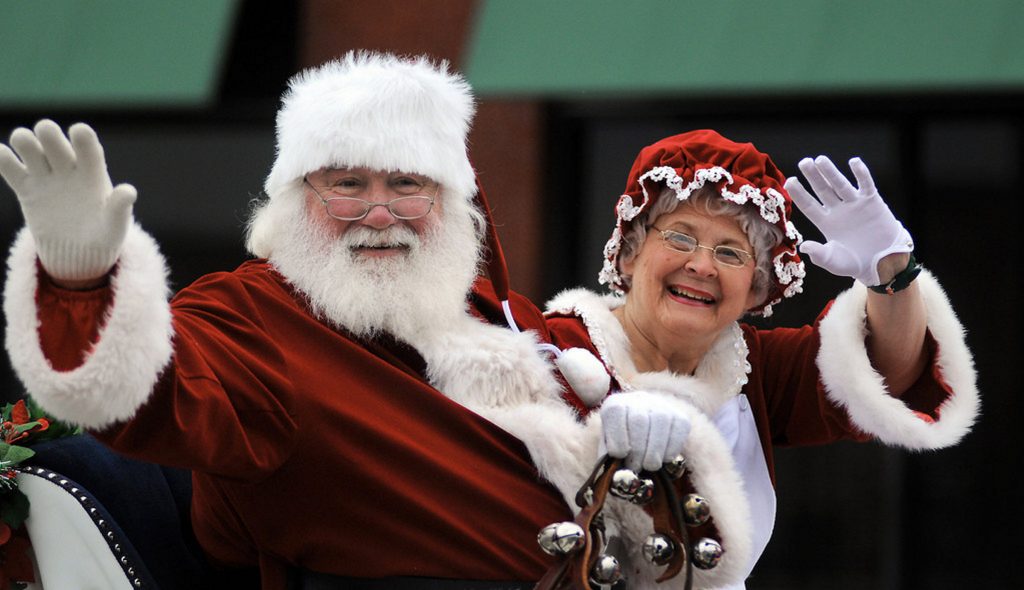 In the days before Christmas, a young boy sat on Santa’s lap at a store in Scott Twp. and asked for his father back.

“Me and God have an understanding; I take care of toys and he takes care of angels,” Santa Claus said, according to his wife.

The man behind the beard became one of those angels Monday.

Lewis “Lew” Williamson of Scranton played Santa to many kids growing up in Northeast Pennsylvania, said his Mrs. Claus and wife, Maureen Williamson. He died from COVID-19 this week. He was 76.

Maureen Williamson’s Facebook page is full of tributes to her late husband, a man who loved making the holiday season special for children and thought it was neat to play Santa. Adults and children alike posed for pictures with Lew in his velvet red suit and half-circle reading glasses propped at the end of his nose.

Williamson choked up as she recalled one of the hardest wishes Lew was asked from that young boy during Christmas 2019 at Corky’s Garden Path in Scott Twp.

“I don’t know, something about him, he had the wit to just answer immediately,” she said. “He didn’t even have to think about that”

Lew Williamson spent 30 years embodying the role. Every year, he began the transformation June 1. By Christmas Eve, he came out of character, shaving off the picturesque white beard with help from his sons, Eric, Scott and Paul Williamson.

He saved up his vacation time to portray Santa during the winter. In the off season, he spent 33 years working at Chamberlain Manufacturing, then Lackawanna College. Most recently he drove for Telespond Senior Services.

Lew’s journey as the local North Pole representative began in the 1990s after he answered the Mall at Steamtown’s ad in the newspaper looking for a Santa with a real beard. He spent time as Kris Kringle at the mall in downtown Scranton and in the annual Scranton Santa Parade every year since 1993.

“He was just phenomenal. He was a great guy and he played the role amazingly,” said Mike Gallacher of Moscow, parade committee member. “He had the costume, he had the personality, he actually had a driver license that identified him as Santa.”

Gallacher said the parade route is timed for broadcast television purposes, but Lew Williamson had a hard time keeping to the schedule.

“He would always take time with the kids at the parade,” he said. “He never turned a kid down, even if we were under pressure.”

Trevor Kashuba, owner of Corky’s, remembered Lew pulling out his license to prove he was the real deal and pull kids back from the cusp of not believing.

“He just went to the next level,” Kashuba said.

Lew Williamson also kept a small photo album in his pocket of pictures of “his” reindeer to show kids who asked about Dasher or Dancer.

Kashuba remembered that young boy asking Santa for the return of his father.

“He could take any situation and make it magical,” he said.

After his time at the mall, Lew made house calls as Santa, visited the Arc of Northeastern Pennsylvania and spent five or six years at Corky’s where the line to meet Santa often had a three-hour wait.

This past season he was serious about pandemic restrictions and was planning Zoom meet ups with Santa.

“He was petrified to get sick,” said Maureen Williamson.

However, on Dec. 4 he checked into the hospital, diagnosed with the virus he tried to avoid.

“When the nurse said it was COVID, I could have fell over,” she said.

Lew was placed on a ventilator in the intensive care unit. Visitation was limited for his family because of the pandemic.

Maureen Williamson hopes that people remember her husband for not only his love for children but also the kindness he extended to them.

“For so many kids, he was the real Santa and he was the only Santa they ever knew,” she said.