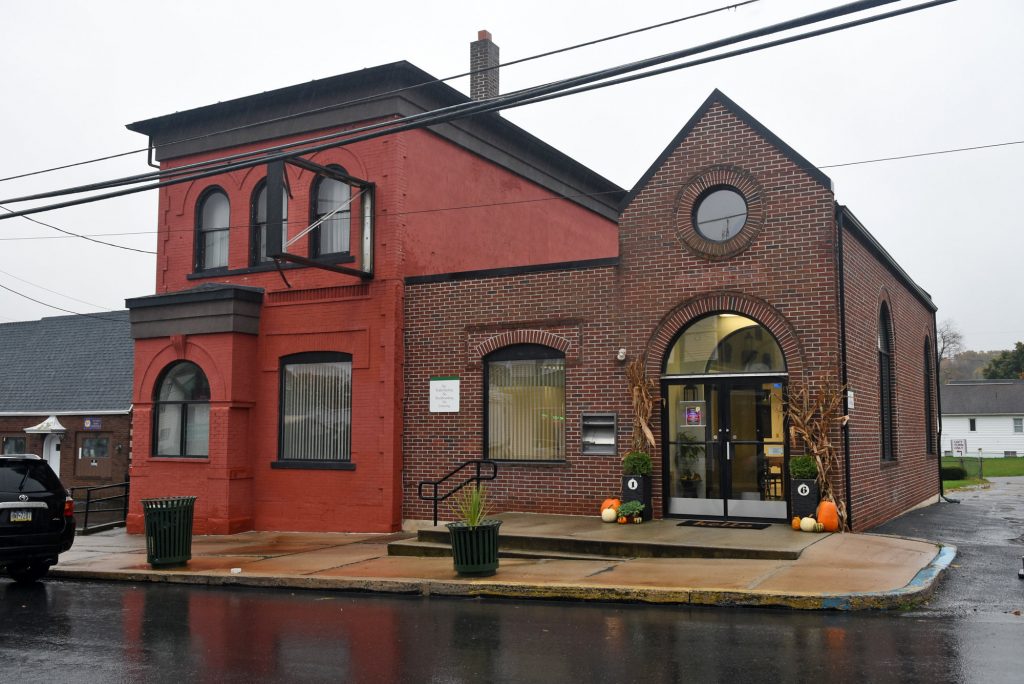 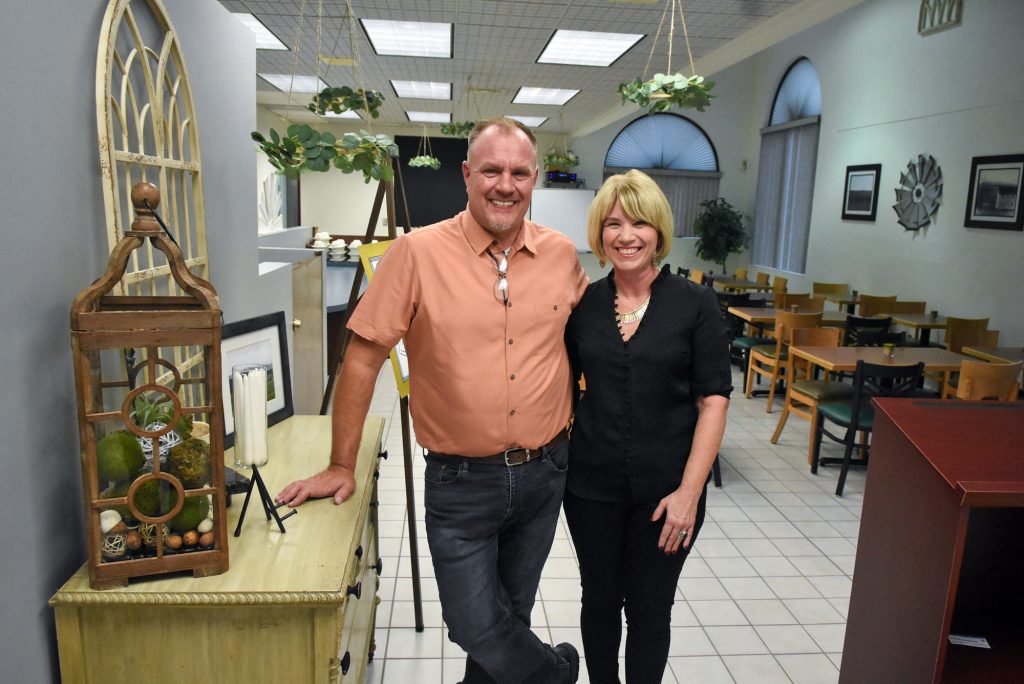 A new business will open in the near future in downtown Ringtown that makes use of a former bank building and turns it into a place to enjoy life moments, business events and more.

The Red Brick on Main plans to open its doors to the public from 5 to 6:15 p.m. on Halloween, hosting a magic show by Eddy Ray, the busiest magician and illusionist in Pennsylvania. Tickets are $9 at the door.

The building at 16 W. Main St., originally First National Bank, and later M&T Bank, has been vacant since M&T closed its doors in 2012. Borough resident Chris Brokenshire saw the empty building and wanted to put it to good use rather than having it sit idle.

After some consideration and contacts with the real estate firm, he finalized the purchase in April and has been working on it.

Some people in the region may recognize Brokenshire’s name. In addition to being a Ringtown borough councilman, he developed and marketed “Boilo — Traditional Flavored Hot Toddy Mix.”

Brokenshire gave a tour of the building Tuesday to show what work has been done and speak of different ideas. Also on hand was Holly Haddad, of Saint Clair, who worked on the decorative accents to enhance the interior spaces.

The tour included a look into two bank vaults, each on different floors. The walls of the public area have outdoor photos taken by Brokenshire’s son, Teigan, showing different aspects of the Ringtown Valley.

Brokenshire was asked why he decided to purchase the building.

“It’s been up for sale forever,” he said. “I would sit in the pizza shop across the street and I would dream about what could be done with it and wished I could own it someday.”

When the building was posted for sale, he checked into it and found the price to be too high. He waited for a time and tried again.

“I was sitting at home and had a beer and went to the computer and made an offer. The worst they could say is no, but they said yes,” Brokenshire said. “We had 30 days and didn’t have time to think. It was either get it at a good price or just let it go. We bought it and figured we would either rent it out or do something with it. We thought it was too nice to let it just sit here and rot.”

Brokenshire said one idea was to have it as a professional office.

“There were a whole bunch of different ideas and actually it’s still evolving,” he said. “We tore the counters out and when we looked at it then, it looked like a nice hall. Holly decorated it and look at it. I’m the owner, but I couldn’t do it without my dad (Allen Brokenshire) and Holly. We would just work on it whenever we could.”

Brokenshire said the room can handle 50 people. There are chafing dishes/warmer trays for people who want to have an event catered, and refrigerators will soon be delivered.

The hall can be rented for special small venue events, such as birthday parties, weddings and corporate events. Brokenshire looks to work with other businesses in the area that can provide a larger package of activities, such as horse rides.

“It’s nice. It’s different. It’s good for this end of the mountain,” Brokenshire said. “And we don’t know what it’s going to turn into tomorrow because we’re just going forward. We do have a lot of ideas. We welcome the community. Just kind of stay tuned. I think there is probably more to come.”

To learn more about Eddy Ray, go to his website at eddyraymagic.com.

To book an event or for more information, call 570-581-6642 or email redbrickonmain@hotmail.com. The website is redbrickonmain.com, and there is a Facebook page.