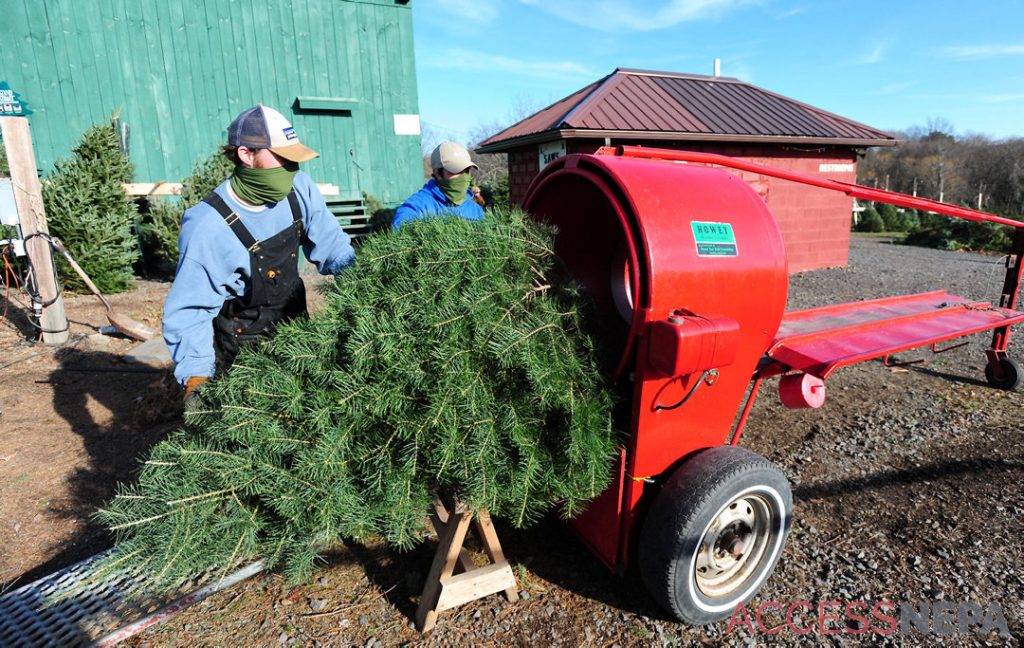 D.J. Yancheck of Larksville has worked at Helen & Ed’s Tree Farm in Dorrance Twp. for 23 years and he says business is booming this holiday season amid the COVID-19 pandemic.

“I was here working the weekend after Thanksgiving and it was very busy,” he said. “Every weekend is probably going to be packed until Christmas.”

On Thursday, Yancheck brought his wife Alexis and 2-year-old son Lucas to the farm to get a concolor fir tree for Christmas and he said he likes its pleasant scent.

He joined many other people who are coming out this year to get real Christmas trees and they see the activity as a bright spot amid the pandemic.

With more people cooped up in their homes as a result of COVID-19, Yancheck said he finds more people also are looking to participate in a fun outdoor adventure and add holiday cheer to their homes.

“It seems since everyone is in the house, this has been bringing a lot of people out to get live trees,” he said. “I like being outside and being able to see the cut or pick your own tree. Each tree has its own scent.”

Ed Myslowski, second generation owner of Helen & Ed’s Tree Farm, said third generation families have been coming out to get trees at his 220-acre farm that has been in business since 1957.

“Since it is an outdoor activity, I believe families are taking advantage of getting outdoors and doing something fun,” Myslowski said. 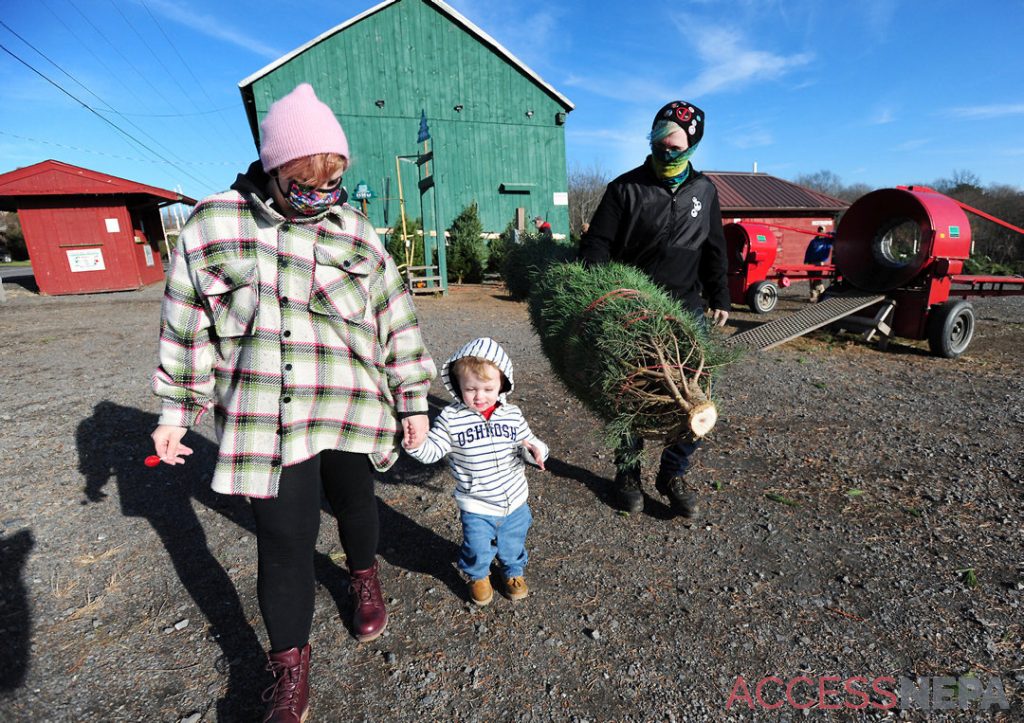 MARK MORAN / STAFF PHOTOGRAPHER
From left: Alexis, Lucas and D.J. Yancheck of Larksville walk back to their vehicle after getting their Christmas tree at Helen & Ed’s Tree farm in Dorrance Twp. on Thursday.

Since the trees are outside, he said social distancing also is easy.

A survey from the Christmas Tree Promotion Board said 21% of people reported they were more likely to buy a real Christmas tree this year after having an artificial one last year or no tree at all.

People also are spending more this year on items to spruce up their homes because of the pandemic, according to a survey by the National Retail Federation.

At Helen & Ed’s Tree Farm, people have a variety of trees to choose from including the popular concolor fir which smells like citrus and a variety of firs like Fraser, a Fraser Balsam cross, Canaan, Korean, Veitch and noble fir trees.

“We also grow and sell Serbian, Colorado and Norway Spruce and White and Scotch Pine,” Myslowski said. “The pines are the least expensive because they grow and fill in a little quicker.”

Myslowski said the price of the trees depends on the type and the average cost is about $35 to $45, the same as last year.

“Some grow faster than others so they are a bit less,” he said. “But generally speaking, it takes eight to 10 years to get a seven-foot tree.”

Dave Houssock, owner of 3D’s Tree Farm in Plymouth, said he finds people like to come to an outdoor space to get a real tree because “it’s something happy to do and something fun and something positive in a negative time.” 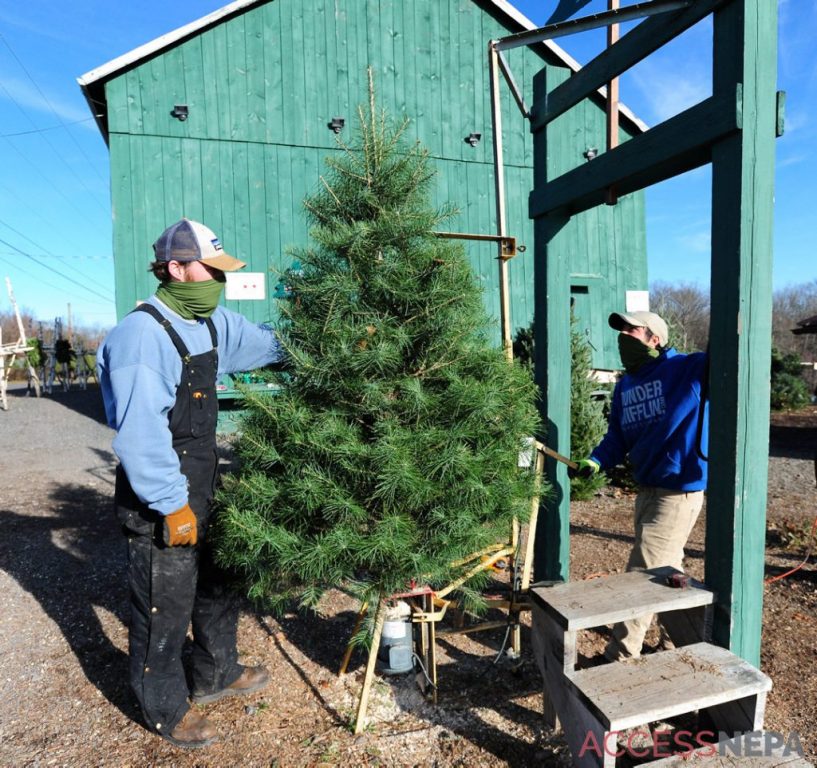 “It’s something that’s grown naturally in an environment that such negative stuff has happened,” Houssock said. “It’s something positive. It’s just fresh and natural.”

Throughout the U.S., the National Christmas Tree Association predicts the price of real trees will be up this year and that’s the case at 3D’s Tree Farm.

Houssock said the average cost is about $50 for a tree. The price is higher since the cost of supplies is up, he said.

The most popular choice this year at 3D’s Tree Farm also is the concolor fir tree, he said.

“They have soft needles but a little bit of sturdiness and a real strong citrus smell that people seem to like and they have a unique look because they have long needles,” he said.

Houssock encourages people to support local businesses and buy trees grown in America rather than buying a “non-American-made plastic tree.”