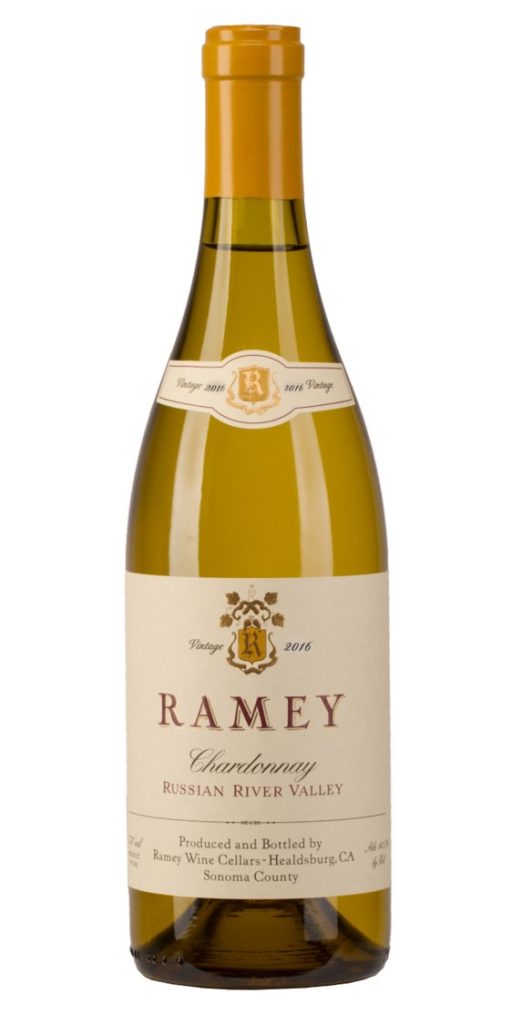 You would have a hard time finding a producer that puts more thought behind chardonnay and what makes great chardonnay than Ramey Wine Cellars.

David Ramey was working at Dominus in the 1990s when the owner, famous Bordeaux family scion Christian Mouiex, allowed him to make some chardonnay on the side. After all, chardonnay is a Burgundian grape and didn’t interest Mouiex. For David and Carla Ramey, however, it was the start of Ramey Wine Cellars, although it grew for a time as a virtual label, crushing and fermenting in other wineries.

Of course, Ramey knew chardonnay turned out differently from a range of locations in Napa and Sonoma. With his company, he launched a well-known vineyard-designate wine program. He was outraged to hear a presenter claim that wines of California had no terroir. He crushes without skin contact and relies on native yeast to ferment his wine in barrels.

I tried two Ramey chardonnays from Russian River Valley and one from Napa Valley/Carneros.

On the Napa side of Carneros near an ancient creek bed known as the Petaluma Gap, breezes cool the vines. But the region is still warmer than Burgundy, and so its wine has tropical, slightly pineapple notes.

The resulting Hyde Vineyards wine was aged for 20 months in 20% new barrels, imparting a mellow, spicy note and hint of oak without being oaky. This gentle Hyde Vineyard Napa Valley Carnersos offers citrus notes and hints of grilled pineapple plus a creamy mid-palate. Past vintages are available in Pennsylvania between $51 and $69. ★★★★ 1/2

Ramey 2016 Ritchie Vineyard Russian River Valley is very tight with lots of acid but with the richness of a heartier chardonnay. The wine shows lime, white pepper and spice. The key is in the finish, when the hint of caramel kicks in. This wine is not available in Pennsylvania, however. ★★★★ 1/2

All these wines are balanced and suitable with food, and none could be called “oaky.” The release price of these are high though at $65.

Ramey has added cabernet and pinot to its portfolio and even has a second label, Sidebar, which is a chardonnay house. At 40,000 cases, the winery remains independent, a rarity for wineries founded in that era.