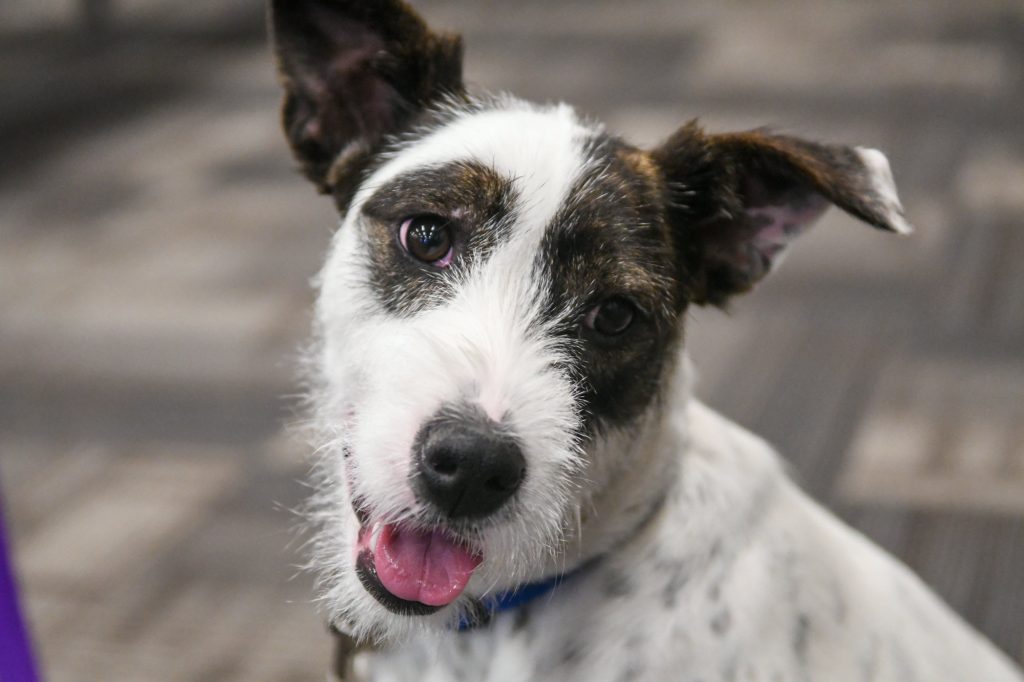 Puppies, inmates help each other

Amy Eckert likes bringing her puppies to local state prisons as part of a program that pairs canines with convicts and enables them to help each other.

“Our methods are all positive,” she said Wednesday during a trip to State Correctional Institution/Frackville. “There are a lot of praise, a lot of food, a lot of treats.”

Eckert and her husband, Steven Eckert, operate the DAWGS Prison Program as a nonprofit part of their business, Brierwood Kennel, Brier City, which they have operated since 2003. They bring dogs, approximately 25 at a time, to SCI/Frackville, SCI/Mahanoy and Federal Correctional Institution/Schuylkill, Mount Pleasant.

“It’s a free program to the prison,” Amy Eckert said. “There’s a constant flow of dogs, from small to tall.”

Schuylkill Countians will get a chance to see how the canines and inmates interact on the Animal Planet cable television program “Pit Bulls and Parolees” at 8 p.m. Saturday. 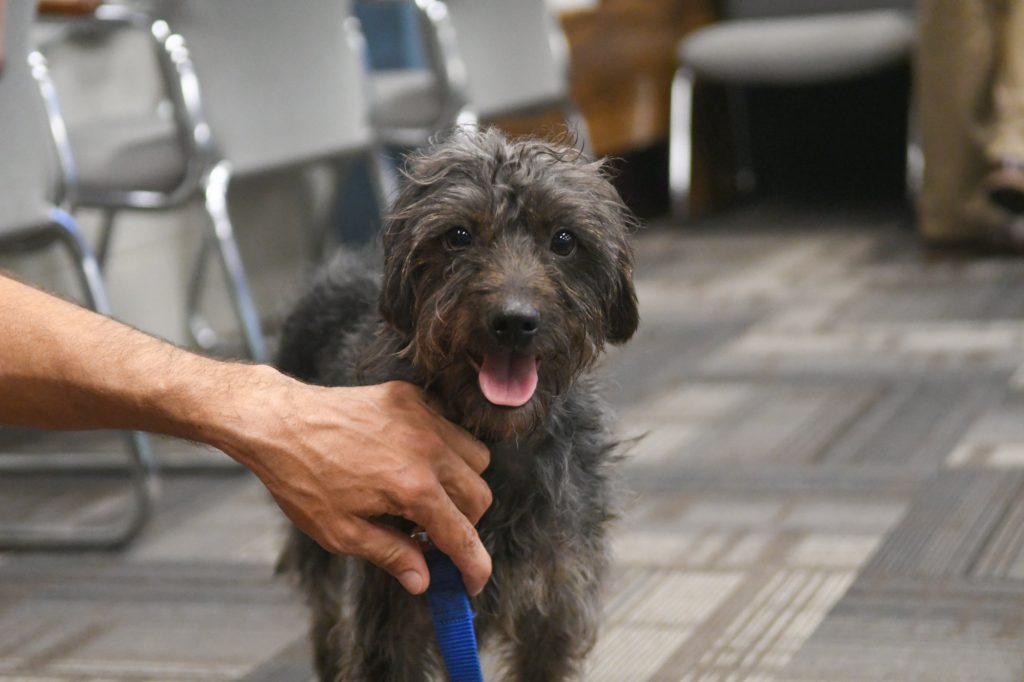 JACQUELINE DORMER / STAFF PHOTOGRAPHER
An inmate named Harry works with Gilbert in the DAWGS Prison Program at SCI/Frackville on Wednesday, February 26, 2020. Steven and Amy Eckert are the founders of the program.

Inmate Harry Enright has had Twister, a Jack Russell mix, in his cell for two weeks, and likes him.

“I love (the program),” Enright said as he played with and trained Twister and three other dogs. “They’re better than people. They don’t judge. They’re unconditional.”

Enright said he had dogs when he was growing up, so working with them is easy for him. He said he has trained 48 dogs as part of the program, teaching them how to sit, stay and other obedience drills.

Amy Eckert said she and her husband started the prison program in 2014. She said dogs are paired with two inmates at a time, and are carefully screened to make sure they will fit in.

“They have to have good temperaments. They literally live with them 24/7. We work on the basic obedience commands,” she said. “They’re crate-trained, housebroken … spayed, neutered, microchipped (and with) all shots. These dogs are really socialized.”

Steve Eckert said the program is rewarding for everyone.

“You can really get some amazing results,” he said. 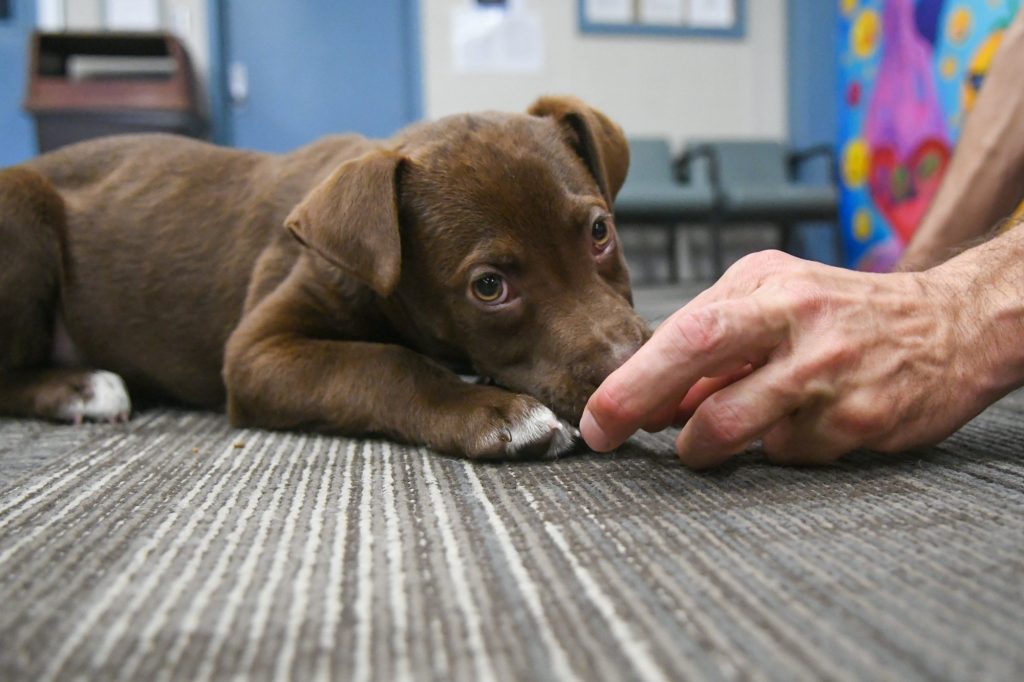 JACQUELINE DORMER / STAFF PHOTOGRAPHER
An inmate named Harry works with puppy Walker training him to learn how to lay down on command in the DAWGS Prison Program at SCI/Frackville on Wednesday, February 26, 2020. Steven and Amy Eckert are the founders of the program.

According to Amy Eckert, many of the dogs have had bleak pasts in shelters and faced probable euthanization if they had not become part of the program. She said it has led to a situation that might seem paradoxical to many people but makes sense.

“The best these dogs have ever had in their lives is prison,” Amy Eckert said.

While they have gotten some of the participating dogs from the South, including Alabama, Florida and Tennessee, Scott Eckert said they do not have to travel to obtain dogs.

“We do take dogs locally,” he said.