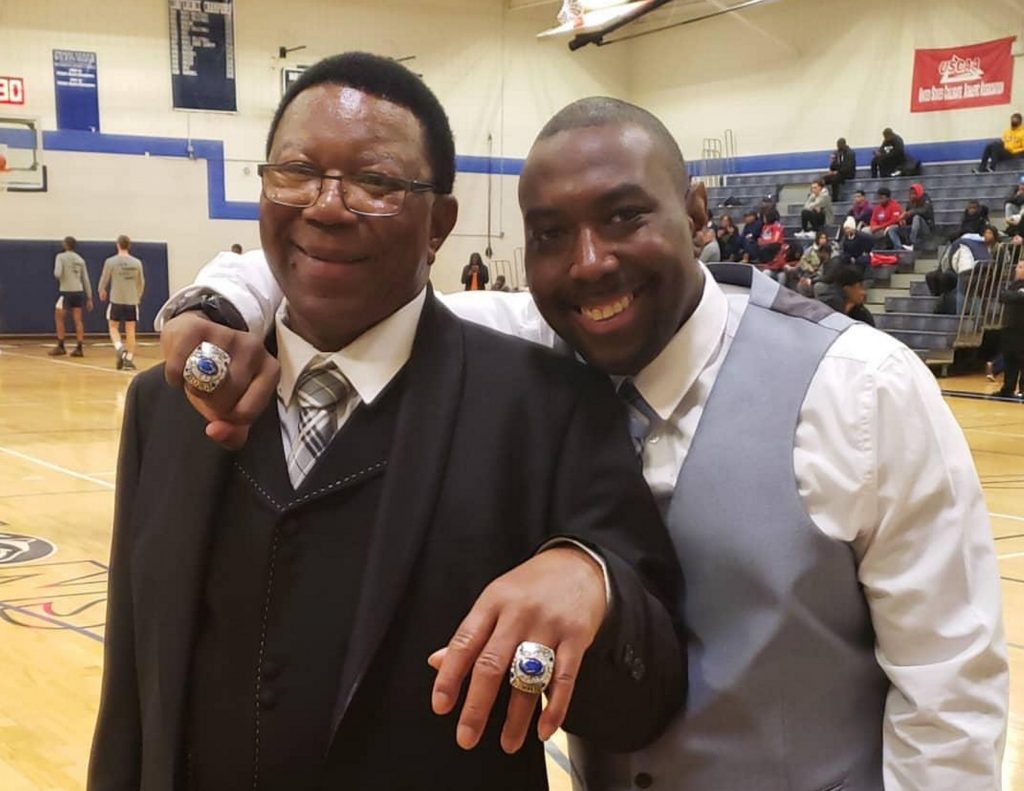 Two weeks ago, LeShawn Hammett didn’t just lose his father. He lost his best friend, his assistant coach, the man who molded his basketball career and the only one who believed in Penn State Wilkes-Barre’s historic team before it made history.

Leroy Hammett, who sacrificed what LeShawn called “true retirement” in order to follow his son’s coaching career, died March 30 from COVID-19 at Lincoln Hospital in the Bronx, New York.

The 71-year-old was initially being treated for pneumonia, his son said. He was admitted and tested negative for coronavirus, but eventually contracted it and died within a week at the hospital.

“If the coronavirus doesn’t happen, my father’s alive. If the coronavirus doesn’t happen, my father lives to 90, 100,” said LeShawn Hammett, 39, head coach of Penn State Wilkes-Barre’s men’s basketball team. “You know how you look at your old car and say, ‘Man, this car’s got about three or four years in it.’ That body had another 19, 20 years. He was alive and he had a lot of grandkids who kept him lively.”

After retiring from an engineering company in New York, Leroy Hammett joined his son on the coaching ride of a lifetime that began eight years ago when LeShawn was appointed head coach at Cecil College in Maryland.

“I had 15 scholarships and I had three returning players,” LeShawn recalled. “I pretty much didn’t have time to hire a staff — I had to find players.”

The father and son hit the recruiting trail over the next few months, building a team and moving into a house together.

“My first year, we take our team to the national tournament and we lose in the semifinal round,” LeShawn said. “After the game was over … I thanked my father and said, ‘Thank you for going on this ride with me.’ ”

However, the journey was only beginning.

The Hammetts dreamed of winning a national championship, a vision they chased for three seasons at Cecil College (2012-15) before moving on to Penn State Wilkes-Barre, where Leroy was a volunteer assistant coach.

Under the Hammetts, the Mountain Lions steadily improved, building up to the 2018-19 season, when they earned the top seed in the PSUAC tournament.

The Mountain Lions reached the conference title game and lost on a buzzer-beater in overtime, 57-56, against second-seeded Penn State York.

“He was the only one that believed in our biggest moment of weakness,” LeShawn recalled of his father. “I remember the locker room. I’ve never been in a place — other than maybe a funeral — where I’ve seen 20 people in a room crying hysterically. After the game, we prayed as a team and he said, ‘God has something bigger for us.’ ”

LeShawn had never seen his father cry tears of joy before the final seconds of that game, a night Leroy relived in his final days thanks to videos on YouTube.

LeShawn said his father, who also owned a barber shop and beauty salon in New York, often talked about legacy. It was important for Leroy, also known as “Pops,” to leave a mark, to change things and people for the better, and to see his family do the same.

“My father was more than just a coach for our team,” LeShawn said. “He was a father to some kids who didn’t have fathers. He was a grandfather to kids that didn’t have grandfathers.”

Now, LeShawn will have to carry on without his father by his side.

“It hurts. … He meant everything to me. I lost my best friend in the whole world. I lost my dad. But the love, the people honoring, the people who have called, the text messages, the lives he touched … it’s really shown me that my father was special.

“I can go forward knowing that my father left a legacy that I have to basically take the baton and run with it. And that’s what I’m going to do.”