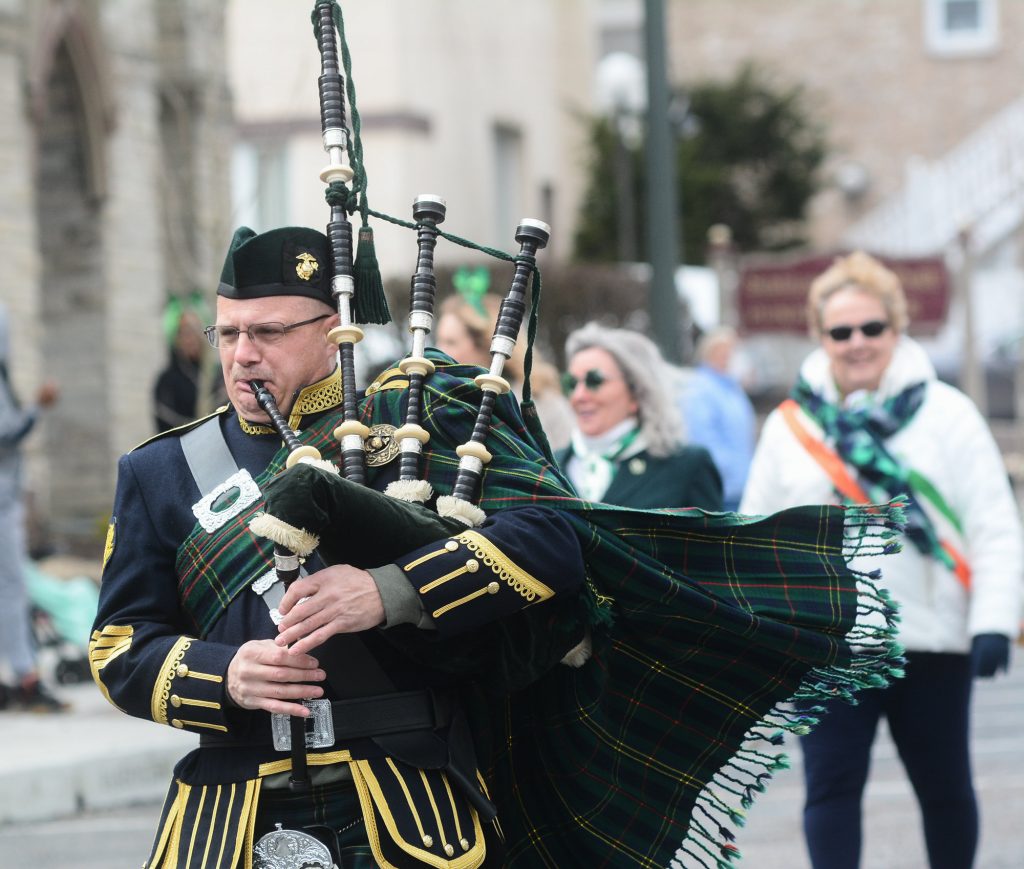 The annual St. Patrick’s Day parade will take place Saturday, March 14, in Pottsville once again thanks to the Ancient Order of the Hibernians.

The parade has been put on for more than 50 years, Dan Koury, JFK Div. 2 Ancient Order of Hibernians financial secretary, said.

“It was always run by Leo Haley since the parade’s inception in 1975, and he’s my grandfather, so I kind of learned the ropes from him,” he said.

The day starts with Mass at 8 a.m. at the St. Patrick Roman Catholic Church in Pottsville, followed by the grand marshal breakfast at 9 a.m. at the Crimson House.

Tickets for the breakfast buffet are limited and can be purchased for $12 by calling the Crimson House at 570-728-2512.

The parade starts at 12th and Market streets and proceeds down Market Street to Second Street. Then, it turns south on Second Street and heads toward Mahantongo Street, where it turns to head to Centre Street. From there, it will travel down Centre Street and turn onto Laurel Boulevard and end at the Humane Fire Company.

At the fire company, there will be a St. Patrick’s Day party — a “staple in town” for many years, Koury said — with the Irish band, Celtheart, from the New York area performing. The party will be from noon to 4:30 p.m.

“I have a calendar that I found from the early ’80s when the parties were going on there — so I think they’ve had parties since the very beginning. It’s a great celebration, a really great turnout of people,” Koury said.

He also said the parade would not be possible without donations and “without the community support.” Anyone wishing to donate or looking for more information on the parade may contact Koury at aohpottsville@gmail.com or 570-573-8976.

For more information on events throughout the city on the day of the parade, visit its Facebook page, City of Pottsville’s Annual St. Patrick’s Day Celebration.