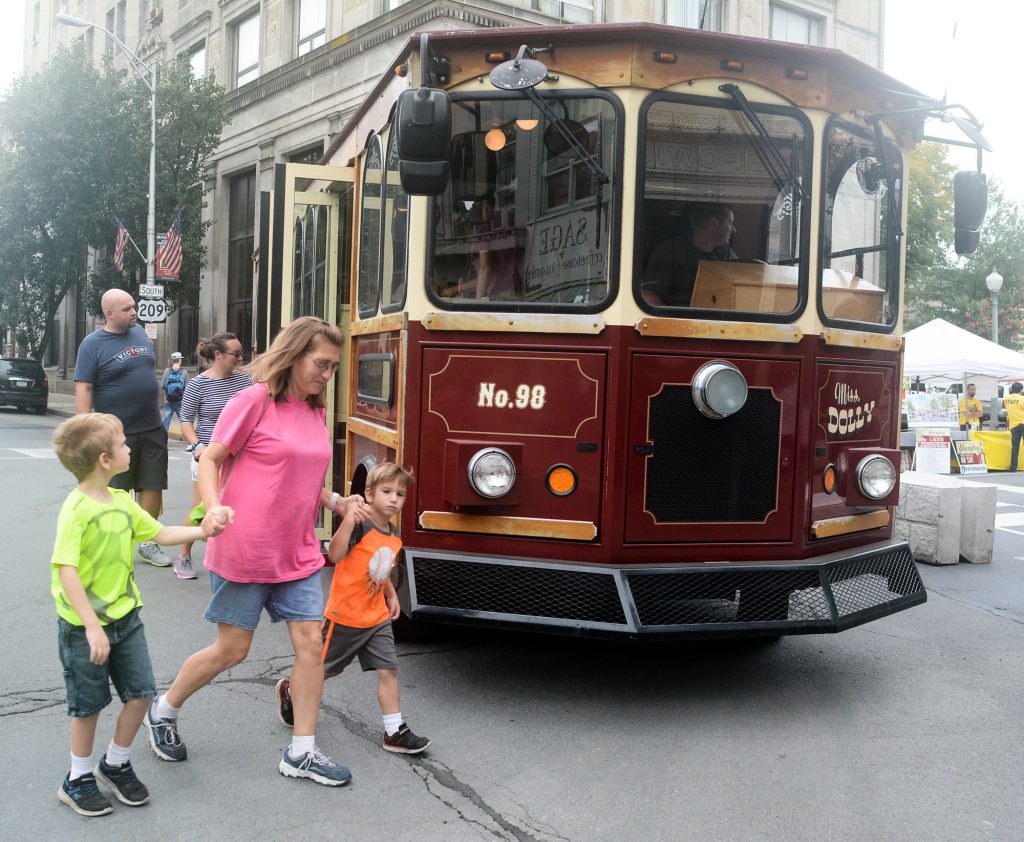 Pour yourself a nice tall glass of domestic draft, or better yet, let others do it for you at Pottsville On Tap from noon to 6 p.m. Saturday in downtown Pottsville.

The festival — which is part of the Continued Progress Project, a joint project between the city, Pottsville Business Association and Pottsville Area Development Corporation — is free to enter, but there is a charge for some activities.

The event “was a huge success last year and we are excited for another very successful event,” Savas Logothetides, PADCO executive director, said in a press release.

Abby Weaver, co-owner of Pressed Coffee & Books and marketing director for CPP, also said the event was a big success last year, and that they’ve planned for more this year.

“So, last year was our first year. There were over 3,500 people in attendance from what we estimated from like ticket sales and that kind of thing. So, we’re looking at — I mean there’s already over 3,000 people just interested on Facebook, which is more than what we had last year. … We’ve been able to expand a couple of things, like, last year we had less vendors. We have over 40 vendors this year, between food and crafts, and some wineries and distilleries, which is really awesome.”

The quickly growing event will tap into Pottsville’s roots as well, Weaver said.

“And then, also, last year we did not have historic tours by the historical society, and this year we do, which is really interesting. So, they have those, they’re ticketed events … They’re doing two tours about John O’Hara, kinda focused on him, and then two tours just about downtown Pottsville and, like, the architecture and that kind of thing.”

Yuengling will also be running their tours throughout the day.

People are also welcomed to challenge the returning pierogie-eating champion for the pierogie eating title at 2 p.m. on the main stage.

Other activities and vendors include ethnic foods, music, local crafts, Yuengling Brewery gift shop and more. The trolley will also be running for the duration of the festival.

Pottsville Police said temporary parking and travel restrictions will begin in the area of the festival — on North Centre Street between West Market Street and Laurel Boulevard — around 8 a.m. and will be in effect through 7 p.m.

Tickets for the tours and trolley rides can be purchased online or at their respective locations.

For more information or to purchase tickets, visit the Pottsville On Tap Facebook page, facebook.com/pottsvilleontap.