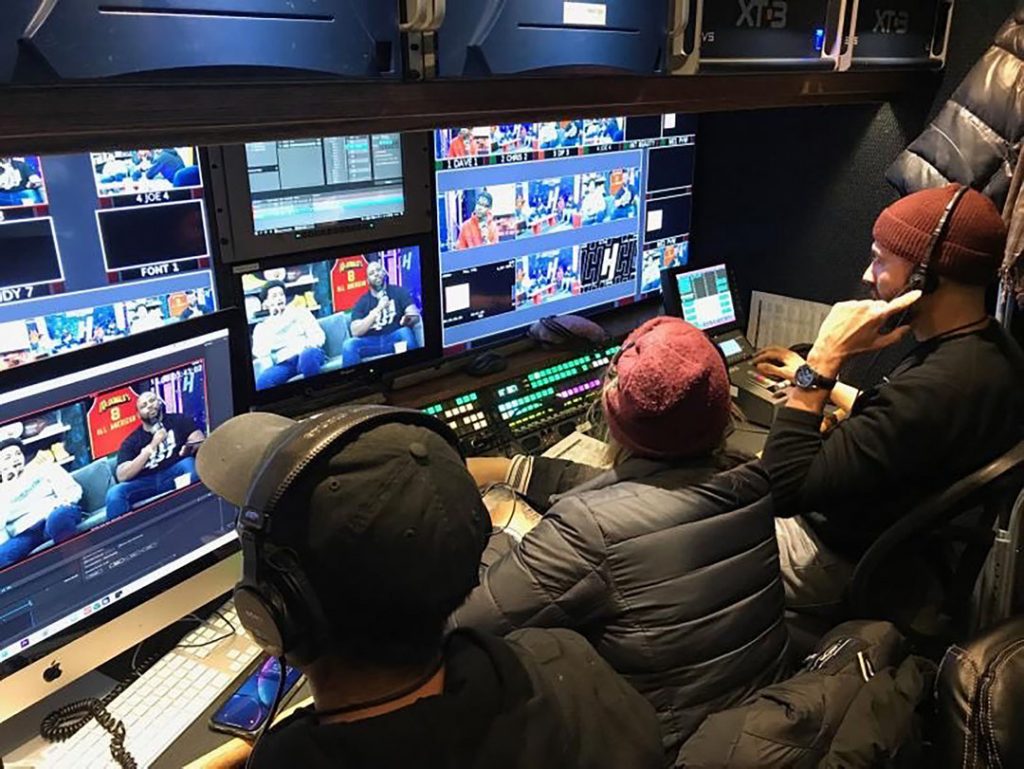 POTTSVILLE — Coronavirus or not, the show goes on.

That was the case for Pottsville graduate Colleen Brennan and this weekend’s National Football League Draft. An assistant media technician for Bleacher Report, a sports website, Brennan usually finds herself sitting in front of a bank of video screens in a large Manhattan studio for the NFL’s three-day draft.

Instead, while sitting in her parents’ basement, Brennan served as the video playback operator for the website’s NFL Draft coverage Thursday through Saturday on Bleacher Report’s website and its YouTube channel.

“Typically, we would go out for happy hour. Maybe we’ll do a Zoom happy hour, I’m not sure, followed by lots of sleep,” Brennan said about the finish to her third time dealing with the 12-hour marathon over three days.

Work will resume Monday for Brennan, who works for the 15-year website now owned by Turner Broadcasting System. It means another day of work in the basement. It has become Brennan’s office after Bleacher Report closed its New York City facility March 12 amid the growing pandemic and scattered its work force far and wide.

At first, the 2013 Pottsville graduate wasn’t sure she wanted to return to Schuylkill County.

“I spent a week working in my apartment in Astoria, Queens,” she said, “And I started to take things into consideration, and I thought it maybe would be better if I came home.

“So right before the shelter-in-place order happened in New York, I came back to Pottsville. I’ve been working here, I guess, it’s six weeks now.”

Sensitive to the knowledge that she came from the nation’s biggest COVID-19 hotspot of New York City, Brennan said she has self-quarantined in Pottsville for all six weeks.

Pottsville is where Brennan achieved her own athletic success. The former Crimson Tide swimmer was a Schuylkill League 100-yard breaststroke champion.

After graduation, she was a three-year member of the Blue Band drum line at Penn State, from where she earned a degree in telecommunications.

After working for a website, Circa, and then in digital advertising, Bleacher Report hired her in March 2018.

The job has taken her across the country … to Miami for the Super Bowl, to Alabama for the Auburn-Georgia football rivalry, to Chicago for NBA All-Star Weekend and to Houston for the McDonald’s All-American Game.

She also was scheduled to work at this year’s NFL Draft in Las Vegas, but the coronavirus intervened. 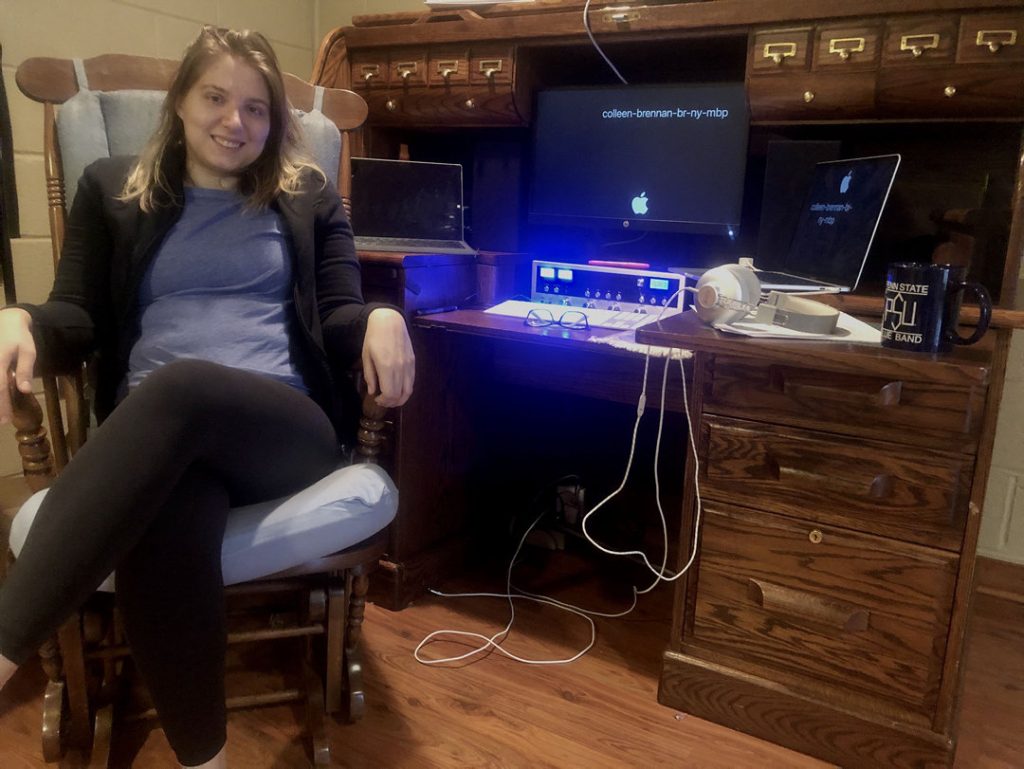 SUBMITTED PHOTO
Colleen Brennan sits at her work-from-home computer station, which features three monitors used during the weekend’s NFL Draft coverage by Bleacher Report, a sports website owned by the Turner Broadcasting System. Brennan was the website’s playback operator for the draft.

“We have a process set up where, all of the computers that we work off of in our New York City office, we’re remote-ing into them with screen sharing,” she said.

Bleacher Report had been planning to stream the draft since February, right after the Kansas City Chiefs won Super Bowl 54. As part of that effort, Brennan helped to compile video clips of roughly 200 prospects obtained from various college conferences.

“We have about three separate packages for each player, so we had about 600 videos to go through that all needed to be cut out,” she said.

During the draft, Brennan’s task was to sort through the video packages and pick the right one to accompany the chosen player.

It can be daunting within the studio environment, let alone trying to do this remotely.

The director, Steve Pellegrino, was working out of his New York City home. Audio and graphics technicians were located in New Jersey and Connecticut, while one of the three broadcasters talked from Joplin, Missouri.

“They really came up with a solid solution and backups for the backups,” she said. “Every time we have had a snag, it’s been solved immediately.”

Brennan’s tools for her job were two computers, including her father’s Microsoft Surface, and three monitors. The system operated through the home’s WiFi router.

The process requires a lot of communication.

“I tell (Pellegrino) when I’m ready and I give cues for how many seconds are left in the video, so he knows when to get out of the video so he’s not stuck on a freeze frame or anything like that,” she said.

“We’re constantly going back and forth with communications. There are producers on the line saying who the pick is and that prompts me to get the video ready.

For that reason, there was no interaction between Brennan and her parents, Edward and Rose, and brother Michael over the weekend.

She said, “I go downstairs and I tell my family, ‘All right, I’ll see you tomorrow morning.’ And they say, ‘Okay, good luck.’ ”

By the time the draft ended, whether it was in Manhattan or on Saturday in Pottsville, Brennan said she has a familiar feeling.

“I still kind of get a little bit of the same kind of rush I get when I would perform with the Blue Band,” she said. “You know, doing something live and knowing so many people are watching.

“It’s giving me a little bit of an adrenaline boost.”