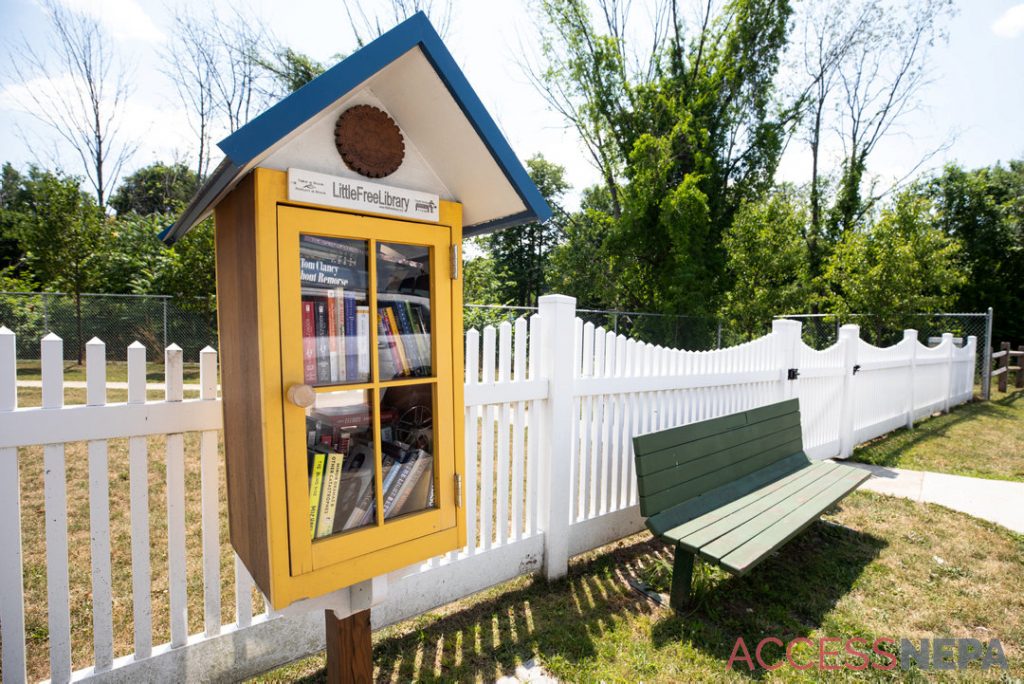 The books are always available.

Even as the COVID-19 pandemic shut down physical libraries, the Little Free Libraries at two pocket parks in Clarks Summit remained open.

The libraries are maintained by members of the Rotary Club of the Abingtons.

“When the libraries closed, there was more use than ever before,” Rotarian Eileen Christian said. “The coronavirus doesn’t seem to have dissuaded people who are looking for something to do.”

Christian started the borough’s first free library at the pocket park on Depot Street in June 2015. Increased use led to recent improvements to the library box.

“There was so much wear and tear on the doorknob that half of it broke off and had to be replaced,” Christian said.

The second free library, located in the Clarks Summit/Abington Area Veterans Park on State Street, was built in 2018. Mayor Herman Johnson played a big role in establishing it while he was still on council, Christian said.

“We came to the conclusion that it should have an American flag painted on it,” Johnson said. “It came out beautifully and it’s a good community service for people in the Abingtons.”

The library boxes were designed by architect Ned Connell and constructed by Harry Mumford, both Rotarians, Christian said.

While the boxes may not be fully stocked at all times, the Rotarians try to provide something for everyone.

“I see families looking for books for all ages,” Christian said. “Sometimes we have what they’re looking for, sometimes we don’t. We’ve not been able to keep children’s books, they’re always gone in just a few hours.”

Recently, the shelves have been more empty than ever, Christian said.

To meet the demand, Christian has asked Rotarians to keep books in their cars and fill the boxes when needed.

“One of the Rotary’s missions is literacy,” Christian said. “The parks allow people to pick up all kinds of different books at no cost. We’ve always had a steady flow of exchanges.”