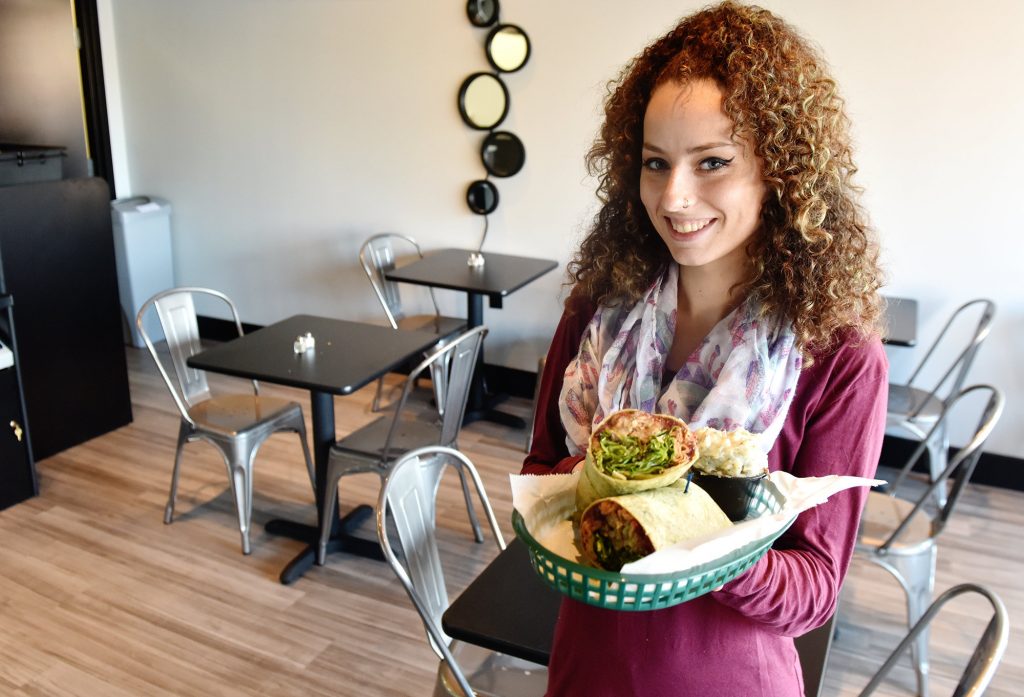 Planning to skip the turkey this Thanksgiving? You’re not alone

As more people move toward a vegan lifestyle, some businesses will offer Thanksgiving meal options that give turkeys something to be thankful for.

Eden-A Vegan Cafe, which has a location on Adams Avenue in Scranton and recently opened a second restaurant on South Main Street in Wilkes-Barre, is getting ready to offer vegan Thanksgiving take-away feasts featuring “Tofurky” roasts.

Christian Pilosi, owner of Eden-A Vegan Cafe, has been selling the vegan Thanksgiving Tofurky take-away feast for eight years in Scranton and this is the first year he will offer it in his new location in Wilkes-Barre.

Tofurky, the brand name of an American vegetarian and vegan turkey replacement, is made from a blend of wheat protein and tofu.

“It’s kind of shaped like a football and they put stuffing inside,” Pilosi said. “We put our own spin on it and we do a special kind of baste. The way we make it, it slices so nice and thin. We make our own gravy.”

While Tofurky has no bone and is not going to fool anyone into thinking it’s a turkey, Pilosi said, “It’s got a turkey taste and feel to it.”

The six-serving Tofurky roast people can order for Thanksgiving will be surrounded with roasted potatoes, carrots and onions prepared in a tin that is ready for easy reheating in an oven along with a quart of homemade stuffing, gravy and a small dessert portion of chocolate mocha cheesecake, for $48.

“With all the trimmings, it’s really reminiscent,” Pilosi said. “We have a lot of people who will get it who are going to a family Thanksgiving and there are one or two people who are vegan. Other people aren’t vegan but want to try it.” 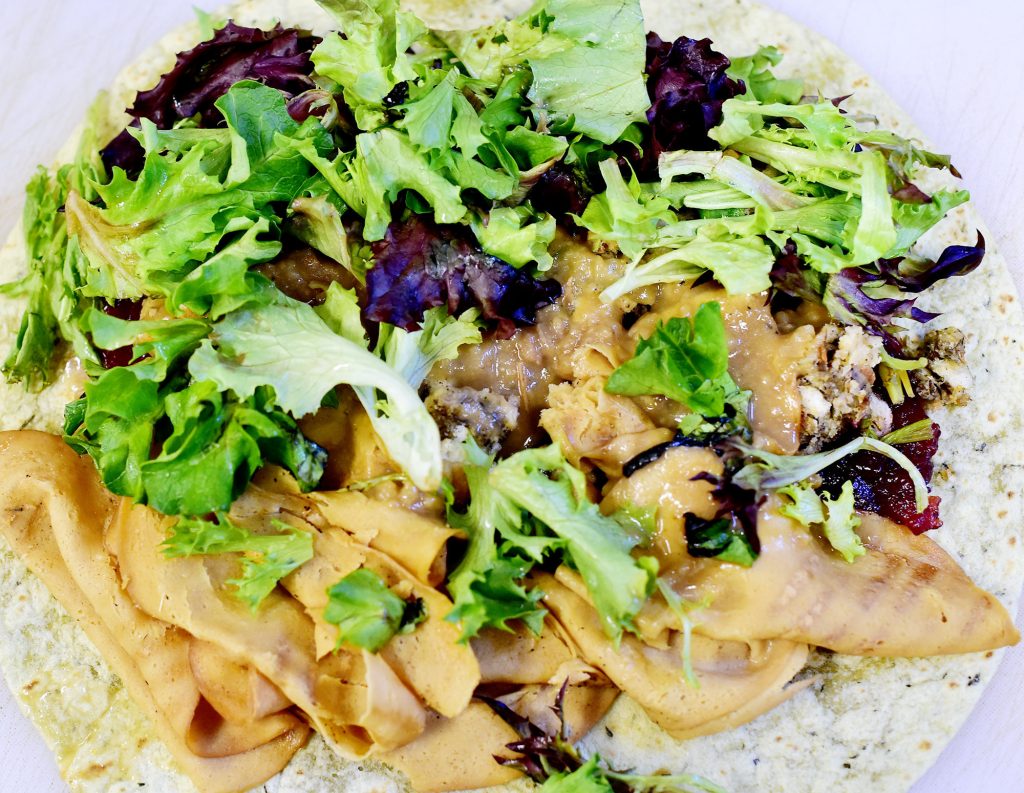 “People really like it,” Pilosi said. “Last year, we had orders from 56 families. It was our most ever.”

This year, Pilosi said he could prepare more orders because he has a bigger kitchen and more space at his new location at 136 S. Main St. by Wilkes University’s campus in Wilkes-Barre.

Eden-A Vegan also has a Thanksgiving wrap on special all month. It consists of Tofurky deli slices, homemade stuffing and cranberry sauce and field greens. It is drizzled with homemade gravy.

Donnie Kirchner, a vegan who works at the cafe, said all the components that would be in a vegan Thanksgiving meal are featured in the wrap.

Pilosi, a Wilkes University alumnus, said Tofurky has come a long way since he became a vegan in 1997. He said some of the main draws to vegan options are that there is no cholesterol, less saturated fat and fewer calories than traditional meats.

“There are so many other products for people to buy out there in the stores that just didn’t exist in the past,” he said. “I used to have to go to Everything Natural in Clarks Summit to get soy milk. It was the only place that had it. Now, it’s in Walmart. It’s everywhere. It has really turned the corner in the last few years.”

House of Nutrition in Luzerne also is selling a number of vegan options as more people embrace plant-based diets for ethical, environmental and health reasons.

Tiffany Roese, general manager of House of Nutrition, said vegan options for sale include Tofurky veggie roasts and ham roasts, made with wheat gluten and organic tofu, as well as a Field Roast vegan meatloaf and hazelnut cranberry roast.

Evansky, a former chef at Fire and Ice restaurant in Dallas, formerly cooked meat at the fine dining establishment. With veganism becoming a growing trend, she said she recently learned to cook vegan.