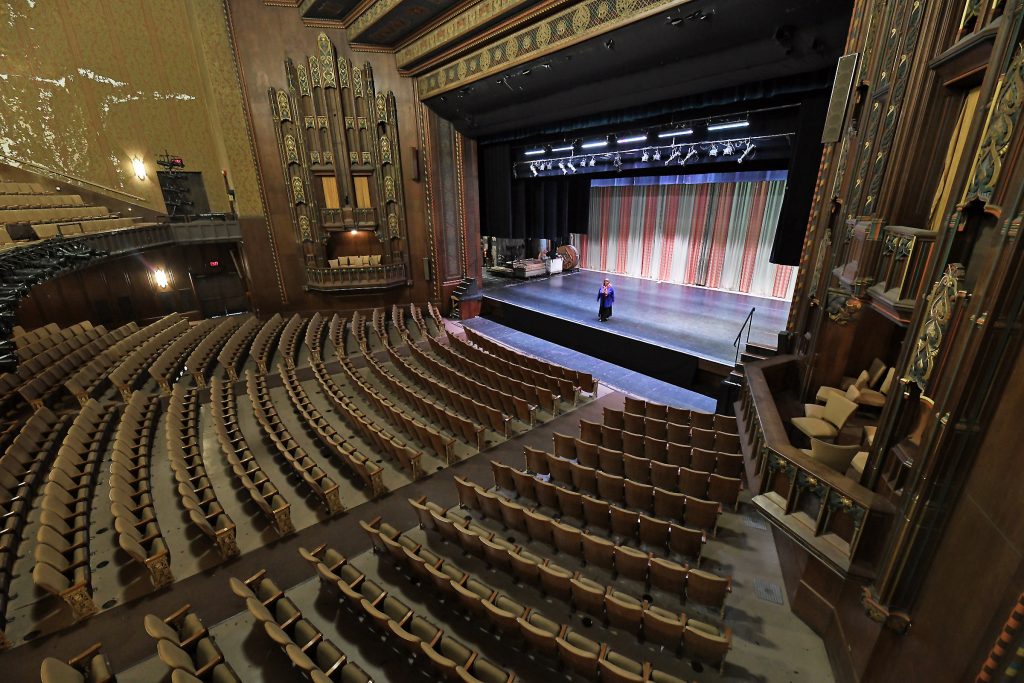 But neither the Scranton Cultural Center at the Masonic Temple nor the Theater at North expects to host live shows with large audiences anytime soon.

Under the new COVID-19 mitigation guidelines, which take effect Friday, maximum venue occupancy limits will play a bigger role in determining how many people are permitted for indoor and outdoor gatherings, Wolf said.

Previously, indoor gatherings were limited to 25 people and no more than 250 people could gather outdoors, regardless of the venue’s size.

Both the cultural center and the Theater at North would fall under a provision allowing up to 20% occupancy for an indoor venue with seating for up to 2,000 people.

Under that rule, the cultural center could accommodate about 150 people in its ballroom and 250 to 300 in its theater, said John Cardoni, general manager.

“While it’s an increase over 25, it’s not going to allow for Broadway (productions) or anything like that to return,” he said. “From the industry standpoint, frankly, it doesn’t look like that is going to happen until we have a vaccine out and it’s been widely distributed.”

But the center could host a smaller event, such as a business meeting or lecture, he said.

“It would be possible to start having those kind of events if there was a desire for them,” Cardoni said.

At the Theater at North, the guidelines would permit up to 160 people in the 800-seat venue, said Laurie Houser, vice president of theater operations.

Both Ballet Theatre of Scranton and Scranton Civic Ballet Company plan to record their annual “Nutcracker” holiday productions at the theater in the coming weeks, she said. If only 25 people had been allowed in the theater, each production would have had to be filmed in segments, with dancers rotating in and out of the venue.

However, it will likely be next year before the theater hosts any large events for the public, she said. The 20% occupancy does not allow a sufficient number of patrons to warrant bringing in a full-scale production, especially when performers, stage crew members, ushers and others all count against the limit.

“It leaves you with very few people in the audience when it’s all said and done,” Houser said. “So it’s not something that’s cost-effective.”

For larger indoor venues — with capacities of up to 10,000 — the maximum occupancy is lowered to 15%, according to the guidelines. For the largest sites, holding more than 10,000, the limit is 10% of capacity. No venue will be allowed to hold more than 3,750 people.