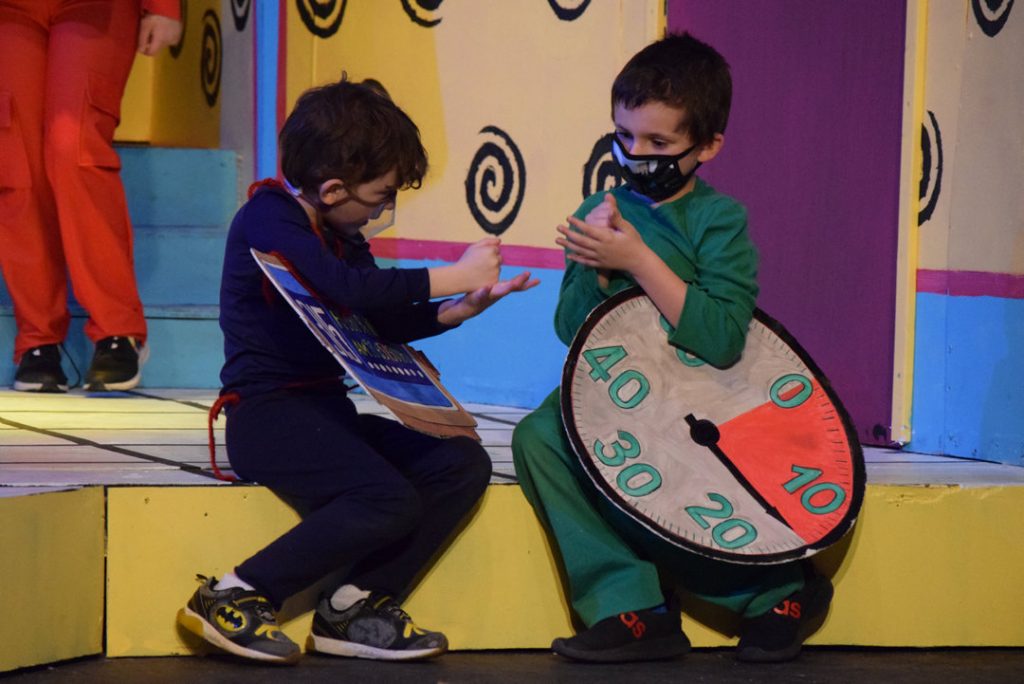 Performing arts theaters throughout Northeast Pennsylvania have gotten creative after being forced to close due to the COVID-19 pandemic.

With large gatherings being banned, officials at KISS Theatre Co. in Wilkes-Barre Twp. decided the show must go online.

Baab said $14,665 in funding that the theater group received from the COVID-19 Relief CARES Act helped it to resume some in-person socially distanced classes and hold virtual classes after losing revenue from canceled ticketed performances.

“We were able to kind of rethink our business model and to have children safely gather again,” Baab said.

The theater located in the East End Centre provides a “second home” for many young people, she said.

An outdoor stage was added last summer when there were indoor restrictions and this year, Baab said they plan to hold programs outside from May to September.

She said the KISS Theatre has had its share of ups and downs over the years but the pandemic is “definitely a new obstacle.”

“Performing arts theaters were some of the first to close and we’ll be the last to fully reopen due to the nature of our craft and our art,” Baab said.

The pandemic also has taken a toll on the historic Ritz Theater & Performing Arts Center in Scranton but CEO and artistic director Michael Melcher said they also have gotten creative.

After the shutdown began last year, a cyber school campus was created at the theater with study spaces for young people.

“It’s a place for some of our theater students to come and do their online schooling under the supervision of tutors and teachers on staff,” Melcher said. “I’m so proud of our staff for shifting gears and helping to reinvent the Ritz and turning it into a school. It’s become so popular that parents are asking us to keep it.”

Students do their schoolwork from 8:30 a.m. to noon and they participate in theater classes and exercises from 1 to 3:30 p.m. They performed in a “Seussical” workshop for a small gathering of their family members and took part in a few small character breakfasts.

They were ready to perform in “A Charlie Brown Christmas” when Gov. Tom Wolf ordered theaters shut down for three more weeks over the holiday season, Melcher said.

“We’ve been doing some small things and a couple virtual projects but we’re not open to the public,” he said.

The Ritz Theater & Performing Arts Center is allowing people to reserve 10 tables for a Valentine’s Day dinner and movie on Feb. 13, however.

“That’s about as close as we’ve been able to get to being fully operational,” he said. “Our hope is to be able to have some version of live audiences by May.”

In March 2020, Melcher said they purchased the restaurant on the first floor, made massive investments in the building and staff and were rolling out a model for a dinner theater right before the theater was shut down. Now, they can only operate the restaurant in a limited capacity.

“Our primary mission of creating a dinner theater here in Scranton is still on hold,” he said. “This just has been a crushing time for us.”

The Scranton Cultural Center at the Masonic Temple also needed to make major alterations as a result of the pandemic, said Executive Director Deborah Moran Peterson.

“All of our revenue sources have been altered a great deal, including the rental of the facility,” Peterson said. “Most of our programming had to be altered or done virtually.”

“We’re still able to bring people together even though we’re apart,” Fronduti said.

Both Peterson and Fronduti said the virtual underground microphone nights was one of the ways they got creative.

“We felt it was important to have a presence and to continue community engagement,” Peterson said.

The Scranton Cultural Center also has been booking dates for weddings, but Peterson said the number of people who can attend will be limited to what the COVID-19 guidelines allow.

“It alters people’s aspirations and desires for how they want their wedding to be,” she said.

Half of the staff at the Scranton Cultural Center has been laid off. Most of the remaining employees have mostly been working remotely and when they come to the theater, they work in their own offices at staggered times, Peterson said.

Shows that were scheduled at the Scranton Cultural Center in 2020 were postponed and Broadway shows were canceled or postponed, she said. She hopes to bring back children’s programming in the spring.

The Scranton Cultural Center will hold a fundraiser called “Bright Side: A Virtual Variety Show” in March in an attempt to try to recover some lost revenue. More details will be posted on its website, sccmt.org, and Facebook page. Donations may be made online on its website.

Since its doors were shut in March 2020, the F.M. Kirby Center in downtown Wilkes-Barre was forced to cancel dozens of performances and reschedule even more.

Anne Rodella, artistic director at the F.M. Kirby Center, said the shutdown came as they were gearing up to announce its 2020-2021 season.

In an effort to continue bringing entertainment to customers, she said officials at the F.M. Kirby Center spent the fall working with partners to present some virtual programming.

That will include actor and comedian Eddie Izzard in a Global Online Conversation with host Elliott Forrest on Feb. 12 in partnership with ArtsRock. Tickets are available online at kirbycenter.org.

A number of other virtual events were already held and Rodella said they are partnering with the New Jersey Performing Arts Center to present some shows throughout the spring.

“During the pandemic, we have stretched our creativity into our development office,” Rodella said. “Our development team has held two virtual auctions, written countless grant proposals and maintained a steady conversation with our loyal member base. The Kirby Center has always been a community-supported theater and this past year has highlighted that.”

In the future, Rodella said they will continue to hopefully bring in main stage programming in the fall and winter of 2021.

“We will take what we have learned this year and use it to continue to always work to be a ‘theater at the heart of arts and entertainment’,” she said.