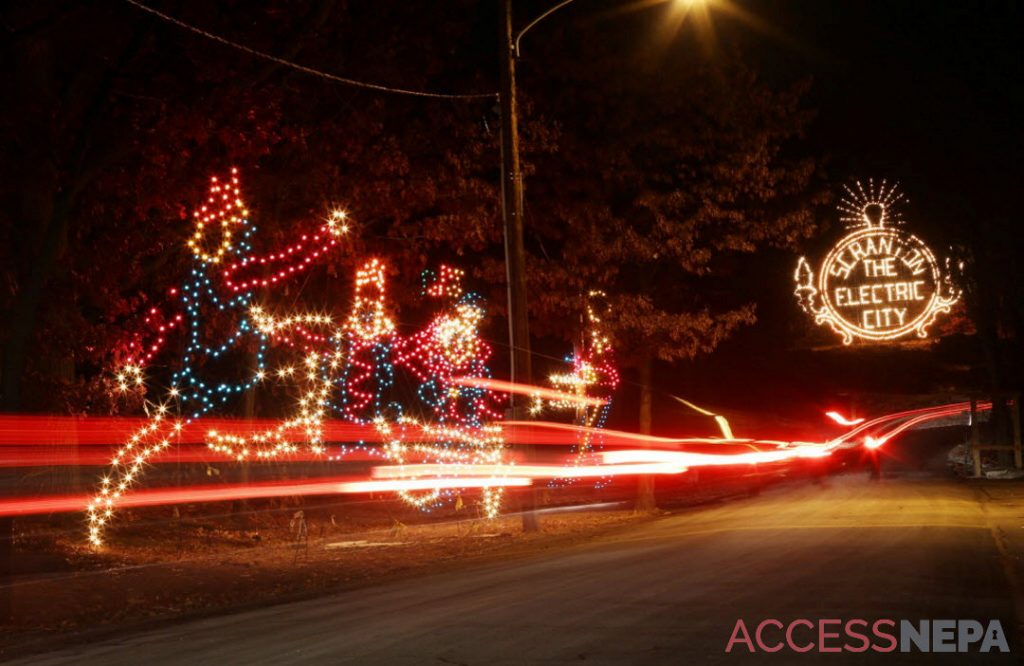 While the annual, drive-thru spectacle in Scranton does not track how many vehicles pass through, at least one aspect of the popular attraction is way up this year.

“We have given out 25,250 candy canes. We usually go through 15,000 from the start to the very last day,” said Bob Gattens, chairman of the Scranton Municipal Recreation Authority that oversees Nay Aug Park.

Another possible indicator — donations on Mondays, Tuesdays and Wednesdays in past years that averaged about $500 per night have increased this year to nearly $2,000 per night, he said. Traffic during this season’s light show, which began Nov. 20, at times has backed up on streets in the Hill Section neighborhood for several blocks.

Visitors come from near and far.

“We have people coming from Harrisburg, Binghamton, Towanda, coming out to the light show,” Gattens said.

Capping an unprecedented year marked by the COVID-19 pandemic, the light show offers a festive diversion filled with holiday cheer.

“There’s a different attitude of people this year. They’re just happy to be out,” Gattens said.

The display will continue nightly from 5 to 10 p.m.New displays were added this year, as well as 30,000 new LED bulbs. Hay wagon rides are offered Tuesdays, Thursdays and Sundays for $5 per person. Horse and carriage rides take place nightly.

A Santa’s workshop has props for visitors to use in photographs.

A refreshment stand offers hot chocolate, coffee and other items.

Some tourists arrive for the light show early, before it’s dark.

“We get there and set up at 4:30 p.m. and half of the lights aren’t even on and they’re driving through,” Gattens said of the sightseers. “It’s just nonstop.”

Saturdays generally see the most vehicles, followed by Fridays, Sundays and then the weekdays, he said.

“We’re going to put a (traffic) counter in next year. We thought of it too late” for this year, Gattens said.

The light show is free, with donations solicited at the end.