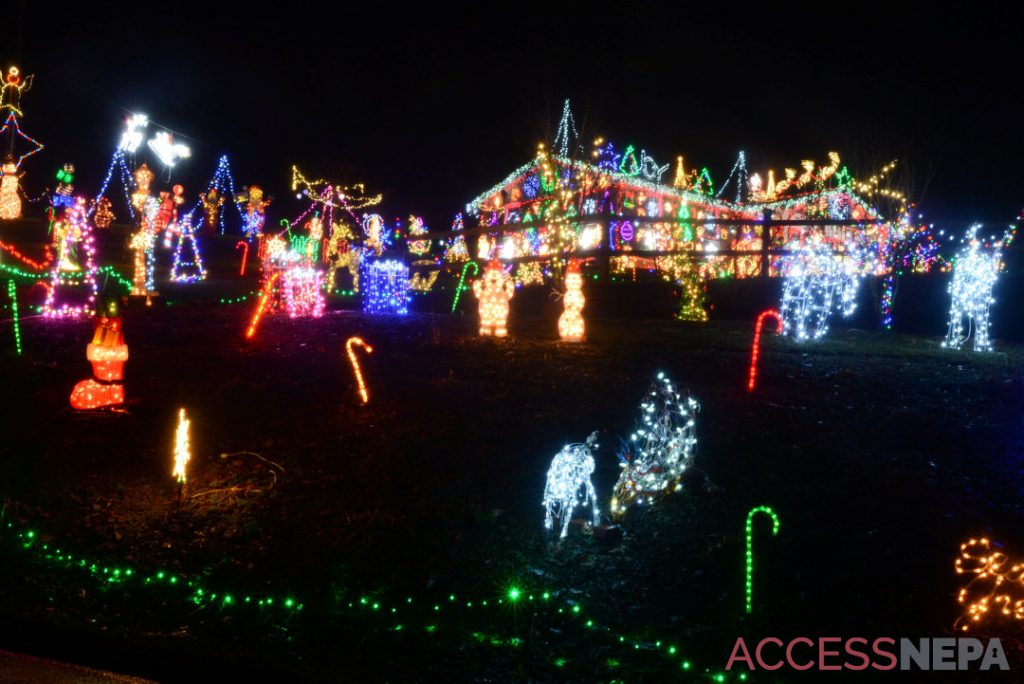 ORWIGSBURG — Starting the first week of October, Joseph Doyle covers his house and yard with close to 50,000 Christmas lights.

Doyle said beginning in late September, he and his grandsons pull out all the decorations he has stored “methodically” in the second floor of his shed. While Doyle gets help from his family, he said he plans everything out himself.

“It’s all my design and layout,” Doyle said. “It all goes through me.”

Doyle has marked down on paper and in a spreadsheet where all of the decorations go around 2 acres of the yard. Certain areas are themed, with Santa Claus decorations in a North Pole area and animal decorations in a wildlife section.

Doyle said he began decorating when he lived with his parents growing up, and he has continued since moving to his home on Second Mountain Road in Orwigsburg in 2003.

“I started years ago, and it just kept getting bigger and bigger,” Doyle said.

In addition to store-bought lights, Doyle builds decorations himself by welding different shapes, such as a bow, an ornament and trees, and wrapping string lights around them.

“Some things, like the Merry Christmas and Happy New Year signs, I made 30 years ago,” Doyle said. “Back then, stores didn’t have a lot of that stuff.”

Doyle also said he has replaced many of the bulbs with LED lights, and he makes repairs and adjustments every year. He has even reworked some of the lights to make them blink. 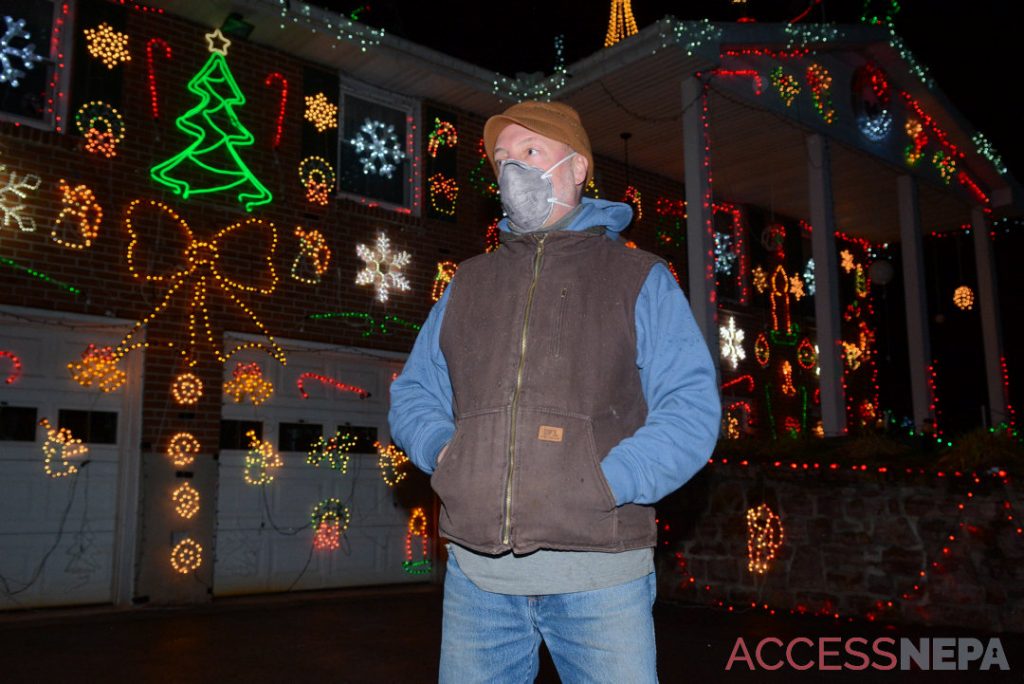 Inclement weather and strong wind often knock things down, but Doyle works hard to fix everything.

“I’m out here almost every night,” Doyle said. “It’s like a full-time job.”

Doyle said his wife, Julie, decorates inside the house, as well.

The lights go on by 6 p.m. each night and stay on until around 8 p.m. on weekdays and 10 p.m. weekends and the week of Christmas. The lights will stay up until New Year’s Day.

Cars are constantly stopping along the road or honking as they drive by, Doyle said, sometimes pulling into the driveway for people to take pictures.

“I like to give people joy and Christmas spirit, and it was a tough year,” Doyle said.