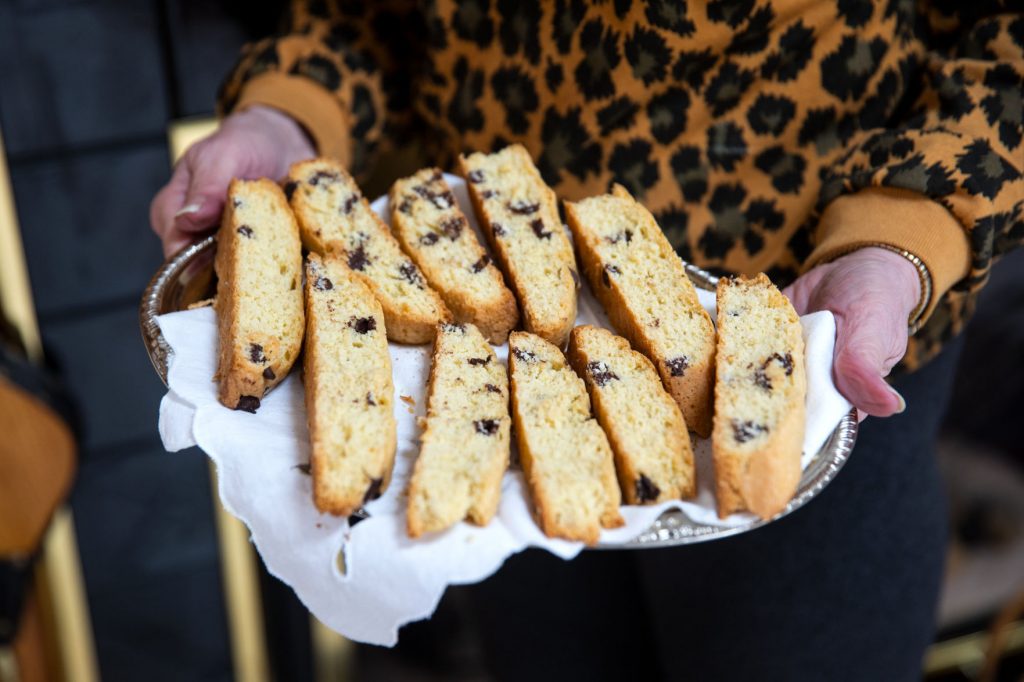 Take just one bite of Claudia Esposito’s homemade food and you can feel the love.

Esposito’s family inspired her passion for cooking, and she learned dozens of recipes from her mother and aunts. They always created meals and goodies from scratch, Esposito said, and she watched them intently until she was old enough to begin helping herself. Once she started, she never looked back. And she knows it’s because it’s in her blood.

“We’re Italian,” Esposito said on a recent day from her Old Forge home. “That says it all.”

One recipe they passed down is for biscotti, which Esposito still makes to this day. The beauty of this recipe — which earned her a $50 gift card to Riccardo‘s Market, 1219 Wheeler Ave., Dunmore — is its versatility.

While she shared her Chocolate and Walnut Biscotti recipe with Local Flavor, she’s also known to make the treat with cranberries or almonds. If bakers want to create those variations, instead of adding 1 cup chocolate chips and 1/2 cup walnuts, Esposito recommended swapping in either 1 cup of cranberries or 1 cup of almonds. For the latter, bakers also should add some almond extract to the mixture to give the biscotti that rich almond flavor, she said.

Her next endeavor will be a lemon-flavored biscotti.

“I’m a lemon lover,” she said. “I have a lemon cookie recipe I like to make, so I think (the lemon biscotti) will be good.”

No matter their flavor, the crunchy and sweet treats taste great in the mornings with coffee or in the afternoons as a snack. Esposito eats them whenever, though, which she joked is dangerous.

“I love to give my (cooking and baked goods) to others, because if not, I’ll eat it all,” she said, laughing.

Esposito, who regularly works out, tries to keep meals on the healthier side with different soups and salads to keep things fresh. Though, she still sticks to her Italian roots with homemade sauce and pastas. She’s also experimented with different dishes lately, including turkey breast or chicken stuffed with spinach and “rolled up like a jelly roll.”

“Every day I’m making or trying something different,” she said, noting that her brother, Frank, lives with her and tests out her new recipes. “He enjoys it. He’s always eating something good.”

Esposito loves to share her recipes with friends and also sells her homemade goodies, and she’s received great feedback about them. When creating something from scratch, it comes from her heart, too.

“I’m always making something homemade, and people can tell you put your all into that,” she said. “If I’m making it, I’m doing it with love.”

In a bowl, mix flour, baking soda and salt.

In a separate bowl, add butter and sugar. Add eggs one at a time and beat with mixer.

Form into 2 even logs. Place logs on a cookie sheet lined with parchment paper and brush with egg white (optional). Bake at 350 F for 30 minutes; remove from oven and let cool for an additional 30 minutes.