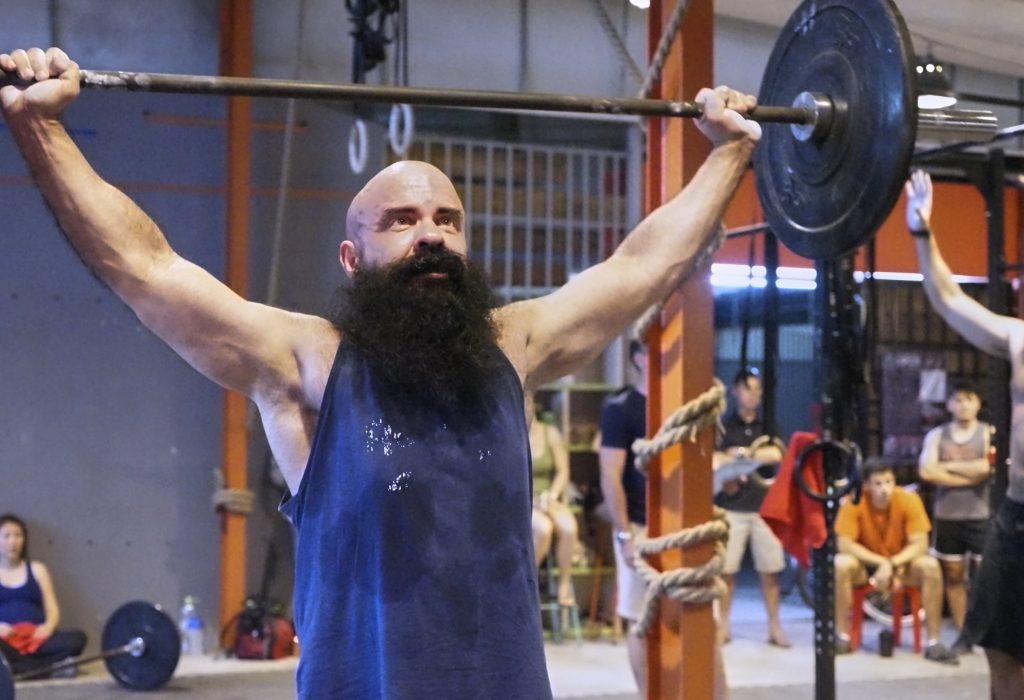 Not your average missionary

It was a typical start for a young missionary.

In 1991, the Cadys were appointed to be missionaries by the Association of Baptists for World Evangelism. With five children, the youngest less than a year old, they arrived in Cambodia in 1997.

They attended language school and began adjusting to the culture. They had to adapt to extreme heat and frequent electric outages. And although they enjoyed the abundance of fresh fruit, markets also sold things that took getting used to such as spiders and crickets.

They used tuk tuks (small, three-wheeled open vehicles) and motor taxis to get around. Two more children were born in the years that followed, growing their family to nine. The Cadys grew to love the people and worked to make a difference in Phnom Penh, the nation’s capital. 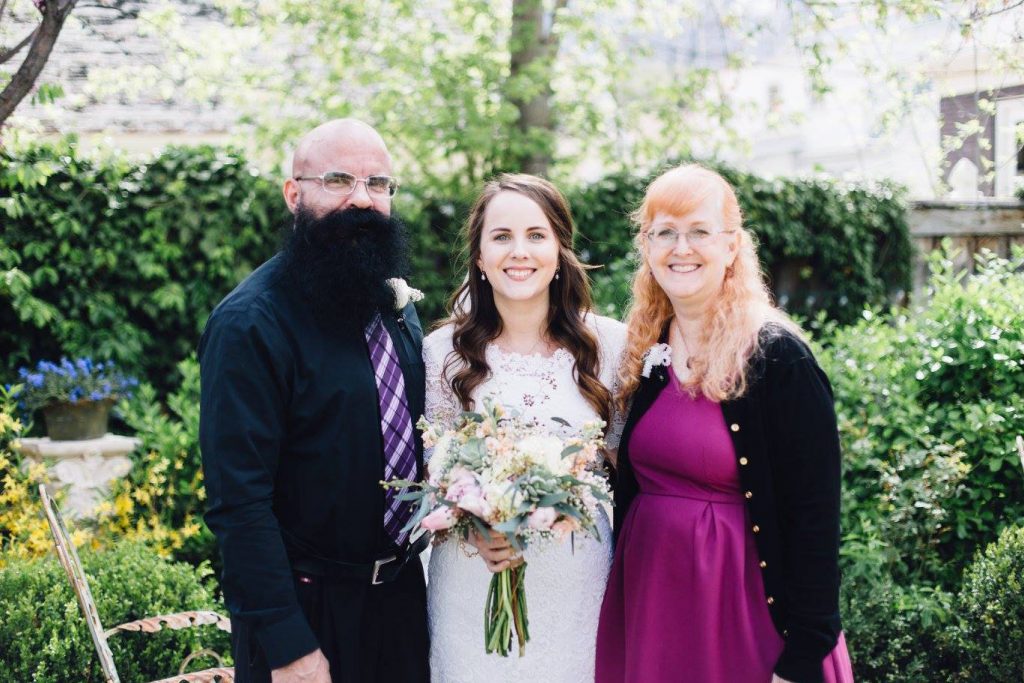 COURTESY OF MIRIAM HUGHES
Rob and Kristi Cady with their daughter, Miriam Hughes, at her wedding in 2016.

Ten years ago, Rob Cady met returnees, men who were deported to Cambodia due to convictions in the U.S. Since 2002, more than 700 Cambodians, most of whom came to the U.S. as children of refugees, have been sent back. In 2018, the highest number of Cambodian-Americans were deported, arriving in Phnom Pen, the nation’s capital. Many didn’t know the language well, were separated from family and were sent to a country that didn’t want them.

Cady cared about their welfare and got to know the men he would later call “his guys” while working out at the gym and frequenting coffee shops.

Many of the men Cady befriended had been involved with substance abuse, violence and crime.

He wasn’t put off by it.

“Rob was a pretty strong personality himself,” Kristi Cady shared. “I don’t think he had any moment with the guys where he felt uncomfortable at all.”

He spent more time at the gym and joined a CrossFit box, getting to know people and helping whoever he could. He found a passion and purpose with helping returnees.

Rob Cady, the clean-cut missionary who left northeast Pennsylvania in 1997 had become a gym-loving, muscular, bearded friend of deported criminals.

“He’s a person who told it like it was,” Kristi Cady said. “He was always honest with the guys. Rob was a father figure to them in a lot of ways. He didn’t pull any punches. Working with these guys just really fit his personality. His passion was to show men that they could not only be men, and be strong men, but be the good men God created them to be. It was his passion to show them that God wasn’t just for regular people, and that Jesus wasn’t a sissy but a strong man. Rob believed that it wasn’t weak to follow Christ.

Rob longed to change men’s perspective about who Jesus was.”

The men who had been described as “unreached, unengaged and unwanted” found a friend in Cady. He helped them find work, encouraged them to be good leaders, make good choices and treat women in their lives with respect.

But the man with a ministry degree didn’t need a pulpit or a microphone. He was more comfortable in his living room with a cup of black coffee and a man-to-man conversation about truth. 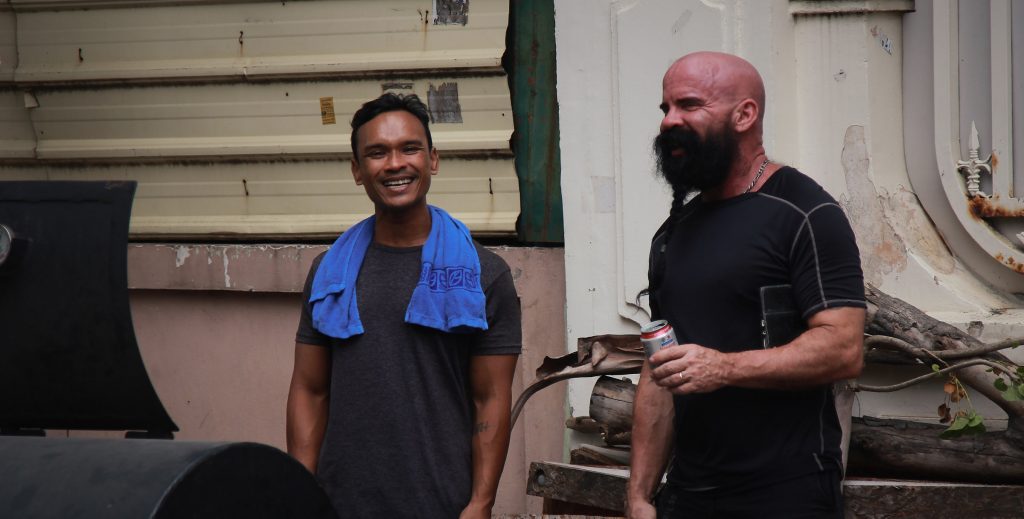 COURTESY OF CROSSFIT AMATAK
Described as a strong man and a good friend with a big heart and ear-piercing laugh, Rob Cady, right, made an impact on all who knew him. Cady, a missionary to Cambodia, died on Nov. 30, 2019. His memorial service in Clarks Summit on Jan. 11 highlighted his work in Cambodia and the lives he touched.

Cady was also concerned with the safety of children. On several occasions, he rescued children from abusive situations and the sex trade. He believed that a good man protects others.

“Rob Cady had many friends who worked directly against the child sex trade in Cambodia,” said Alli Mellon of Hard Places Community, an international group with a ministry in Phnom Penh. “Rob was always horrified at each new story of exploitation he heard and had such a tender heart toward the victims of these heinous crimes. … He never turned a blind eye or a deaf ear when he thought children were being hurt. Rob’s heart of compassion for all people in Cambodia, but especially the children, will continue to inspire and cheer us on as we bring those caught in the sex trade to freedom.”

on Sundays, Rob Cady held a church service and three Bible studies throughout the day. He wanted to accommodate those who had different schedules. He was flexible and willing to change as needed to meet the needs around him.

“Rob wanted men to know that God can accept who you are, where you are, right now.” Kristi Cady said. “When some of the guys met him, they would say, ‘Oh wow, you’re a pastor? I never met a pastor like you before.’ I believe that allowed him to meet more people and reach more people and have a connection in people’s lives that he would have if he didn’t choose to be different.”

23 years after being sent out as missionaries, it was a week like any other week. Rob Cady went to the gym as usual. But when he came home, he told his wife something was wrong. He knew he had an internal injury.

At first, Cady seemed to get better, but that quickly changed. His condition worsened, and they went to the hospital.

“We didn’t realize how bad it was at first,” Kristi Cady said. “We ended up having to take him in a tuk tuk. Because there was bad traffic, he might not have made it in the ambulance. In the tuk tuk, Rob was sitting up and could breathe better. Even on the way to the hospital, with an IV and oxygen, Rob was still talking and taking control of the situation, making sure we had paperwork and everything we needed.”

Ten minutes after arriving at the hospital, he went into cardiac arrest. In critical condition, he was flown to Thailand for treatment. His wife and several of their children traveled to be with him. As his organs began to fail, churches, friends and family members around the world prayed for his recovery.

The church where the Cadys met, served and were commissioned circled the auditorium to pray.

“We asked God to heal Rob, and he did. Just not here on earth,” Hillside’s pastor, Don Roe shared. 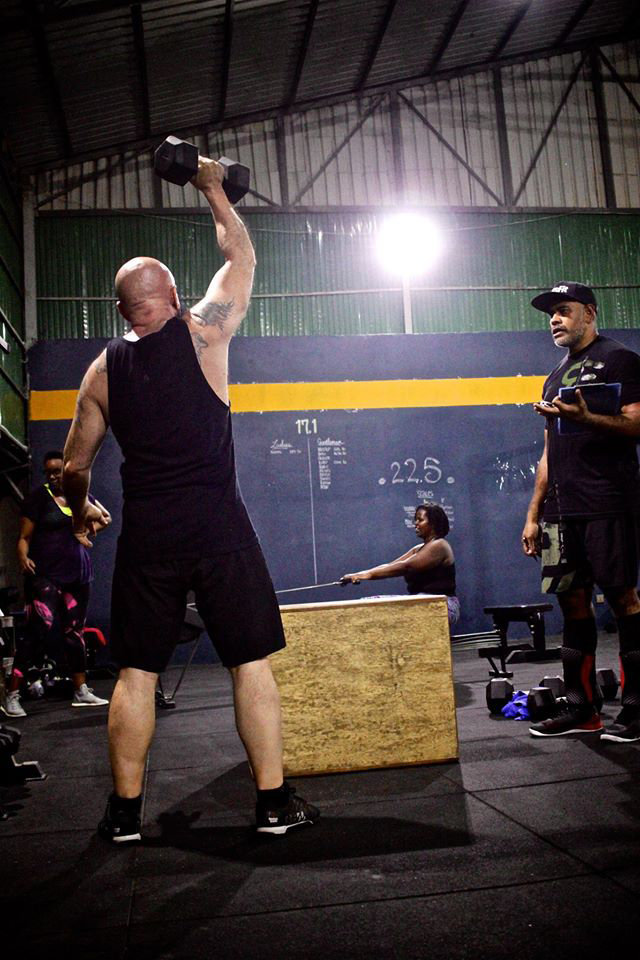 “I don’t have many regrets in life,” Roe said. “But one is that I wish I had gotten to know him sooner. I miss him quite a bit. Rob affected me for the good. He understood the importance of doing what it took to reach people in a different culture. He dressed differently and looked differently. He understood what needed to be redefined so that people in a different culture could understand the gospel. … A guy like Rob is out-of-the-box. Rob believed and lived the gospel. He sacrificed for it, and he took risks for it, too.

“A lot of people will say they believe something but won’t sacrifice or take risks for it. Rob Cady did.”

Cady was not your average missionary.

And he will be remembered as an extraordinary one by those who knew him.