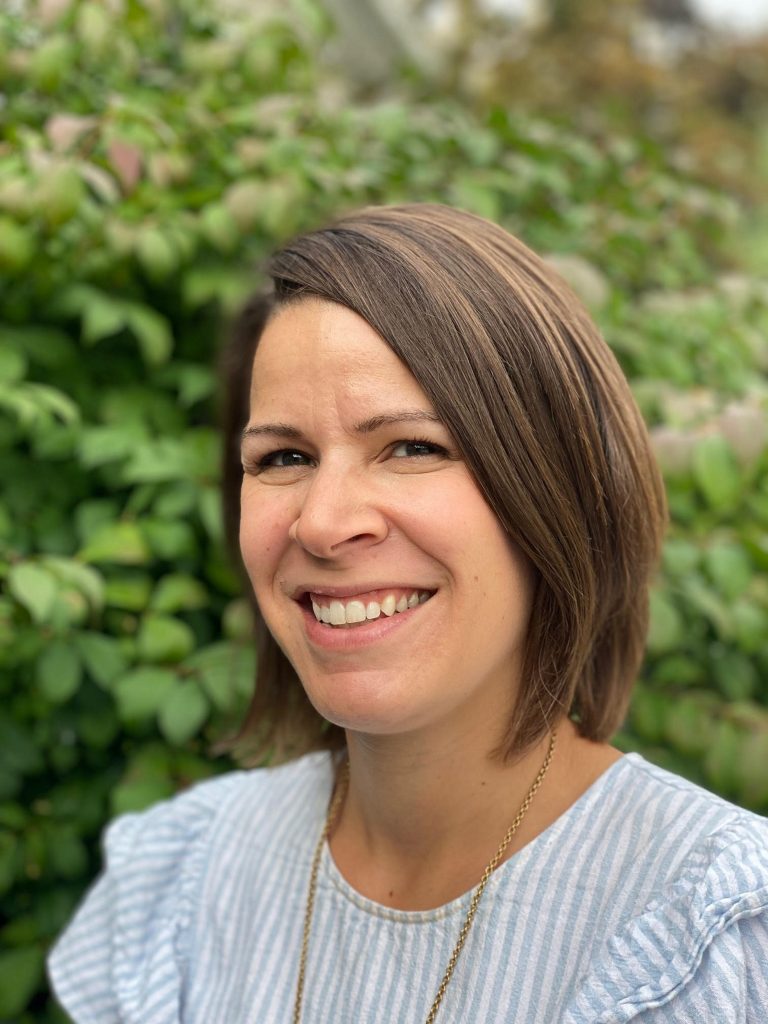 Ryanne Jennings has spent most of her professional life looking after the health and happiness of others.

From working in public health in Philadelphia communities to guiding the Cooperage Project and later the Wayne County Community Foundation, Jennings has helped others at their highest highs and lowest lows. It’s something she’s done since she was a kid growing up in Damascus, when she volunteered as a high schooler at a camp for kids born with HIV, which she called “a transformative experience.”

After Jennings graduated from Honesdale High School, she started studying social work at St. Joseph’s University but found the school wasn’t right for her. Transferring to Temple University after her freshman year led her to a class called ”Disease Prevention and Control” that fascinated her and changed her life’s trajectory.

“I was really passionate about it, and it was information that just got me excited and wanted to learn more about it,” Jennings recalled. “I just kind of found my people in the public health department and loved doing community assessments and just thinking about how to address the health of the public from the greater good standpoint.”

Jennings earned a bachelor’s degree in public health and spent about 12 years in Philadelphia, including time as a sex educator and HIV test counselor across the city for ActionWellness. The job involved having to learn to connect with people really quickly, she said, especially for a “country girl” plopped into a Philadelphia homeless shelter and tasked with asking people about their sexual histories.

“Every day was an adventure, that’s for sure. I have stories for days,” Jennings said. “It was extremely gratifying work (but also) was mentally exhausting. You have a short time period with (clients), and you’re hoping that something you said has supported them or helped them make better health decisions in their life, but you don’t always get the chance to follow up with people to find out what the outcomes are. You get invested in those relationships, but it really was really gratifying, and I learned so much about communicating with people.”

“I am able to navigate them in a way that brings out the goals — the common goals and outcome — that the donor wants to see,” she said.

During that time in Philadelphia, Jennings and her husband and high school sweetheart, Jim, had started a family in their small South Philadelphia row home. They decided to look for a bigger place to live and ended up making the leap back to Wayne County, where their mothers still resided.

“It’s been such a blessing during COVID especially because we have a village close by,” Jennings said.

After moving back to Northeast Pennsylvania, Jennings took over as executive director of the Cooperage Project in Honesdale, where she spent nearly four years guiding the community center. It regularly opens its doors to educational programs, family and youth events, concerts, fundraisers and much more. In one year, the Cooperage hosted 367 events, Jennings said, and so she had to think a lot on her feet and connect with thousands of people.

“It was a truly serendipitous how the job at the Cooperage Project opened up at the exact right time, and it was like every job I had ever had all in one position,” said Jennings, who now lives in Honesdale. “It was a lot like being a mom of a whole organization because I had to manage the building and the schedules. It was a lot of multitasking and learning new skills simultaneously.”

During her tenure there, Jennings incorporated some of the health-related work she did at The Food Trust. The Cooperage offered a farmer’s market incentive program, cooking demonstrations and Romping Radishes, a children’s wellness initiative.

Jennings also has continued her personal development through the years, participating in the 2019 Leadership Northern Poconos program, earning a certificate in nonprofit leadership from University of Scranton, and earning certificates in nonprofit management and nonprofit fundraising from Temple.

In 2019, outgoing Executive Director Paul Edwards approached Jennings about taking over for him at the Wayne County Community Foundation. Jennings hesitated at first because she loved her work at the Cooperage, but she also knew she had a team of wonderful staffers ready to move up and take over as its leaders. New Executive Director Arrah Fisher was able to learn under Jennings first “and has just blown (away) every expectation I could have ever set,” Jennings said.

Ready to focus on philanthropy in a different way, Jennings took over the foundation in October 2019. The nonprofit raises money and applies for grants it then provides to other community groups.

“I really love the work here it’s really about relationship building with donors and community partners and finding ways to just bring people together for common goals. … We can’t solve every problem in the county, but if we all are working together and pulling resources, then we might be able to move the dial a little bit,” she said.

Jennings also works closely with other nearby community foundations because “housing, trail building, transportation, health — these are things that cross county lines.” During the pandemic, hundreds of people stepped up to donate and help their fellow citizens, especially in providing healthy local produce to food pantries.

“I was absolutely floored with the generosity of our community during the pandemic,” Jennings said.

Her new job is more unpredictable than she expected, but she enjoys the constant challenge. And her desire to help others has spread outside her office, too, as she has served on the boards of the Wayne County Family Center, the Cooperage Project and the Northeastern Pennsylvania Nonprofit & Community Assistance Center; on the advisory board of SEEDS of NEPA (Sustainable Energy Education and Development Support); and on the steering committee of the Wayne/Pike Trails & Waterways Alliance.

The mom of two also feels strongly about supporting women, because that “really supports the whole community.”

“I feel that women, especially young women who are moms of young children, that when we create a village around them and support one another and lift them up, it really creates a culture that inspires innovation,” Jennings said. “And it’s contagious in its energy. And I’ve seen that shift in our community of female leaders that are really helping to build each other up with them, and I find that really inspiring.”

The community has recognized her efforts, too. Jennings received the Chamber of the Northern Poconos’ 2020 Community Achievement Award and Lacawac Sanctuary’s 2021 Watres Community Service Award.

“I often don’t feel like I’m doing all that much because … a lot of the work I’m doing is behind the scenes and just part of the work that I think I’m required to do in my position, so (the Lacawac award) was very humbling because it forced me to take a step back and actually examine what difference I am making in the community,” Jennings said. “But nothing I do is on my own. The difference I’m making is really providing the connective tissue between all the other people that are working.”