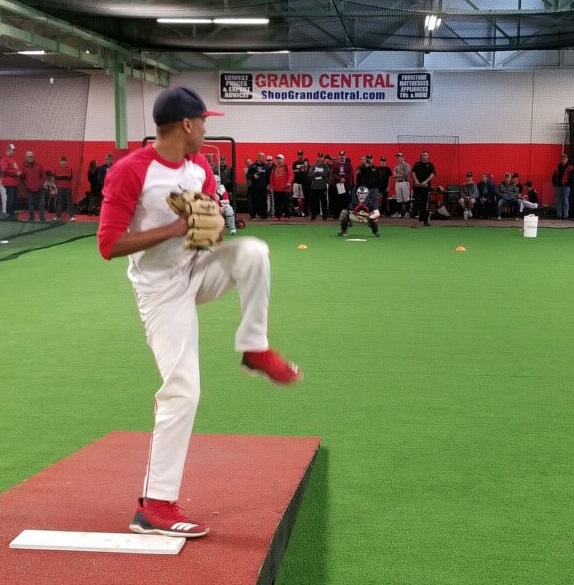 New travel team may be a boon to area

Russ Canzler, baseball coach at Hazleton Area High School, is starting a summer travel team for high school players who want to compete in college or the pros.

Affiliated with Baseball U and the Hazleton Area Recreation Program, the Hazleton team will draw players from across Northeast Pennsylvania and might assist Hazleton economically.

Players come from as far as Danville on the west, the Poconos to the north and east and from Schuylkill County and into the Lehigh Valley and Harrisburg territory on the south “so we cover a pretty big area,” Canzler said.

Canzler once discouraged players, especially youngsters, from playing travel ball. But giving seminars for Baseball U during his 12-year professional career, which included Major League stints with the Cleveland Indians and Tampa Bay Rays and an MVP award in the International League, made him think travel teams can help players continue the game after high school.

“I’ve seen the benefit as far as development as a player and getting in front of the right college scouts and coaches,” he said.

Last year, Baseball U teams in several states combined to send 35 players to college programs, and more than 700 Baseball U alumni have signed with colleges during the past decade.

Local players had a chance to perform for scouts from eight colleges on Sunday when Canzler hosted a clinic for some 60 athletes at HARP’s indoor facility, 601 S. Poplar St.

During the clinic, Canzler did some scouting of his own.

While players ran 60-yard dashes, did agility drills, threw, hit and fielded for the college scouts, Canzler looked for players for his travel team.

He said the under-17 team will play at college showcases and other events hosted by schools, as well as tournaments, including one in Boston that draws 150 teams. Top players have a chance to qualify for Baseball U’s national team for a tournament in July.

Canzler said Hazleton also will have a team for players younger than 15.

He sees potential for hosting a tournament in Hazleton with HARP.

A consultant hired by HARP will begin a study next week into whether the Hazleton area could financially support a new indoor sports facility. If Pinnacle Indoor Sports concludes the market exists, HARP would commission a second study to evaluate what to build and where to build it.

Putting the indoor center around fields such as those at Hazle Twp. Community Park, the Drifton Softball Complex or at the entrance to Hazleton on Route 924 where there’s enough land to build fields would create a tournament-ready facility. In places that host tournaments, teams patronize restaurants, hotels and other businesses.

“Youth sports is a huge industry. We’re just scratching the surface of baseball and softball,” Canzler said. “I’d love to see it done.”