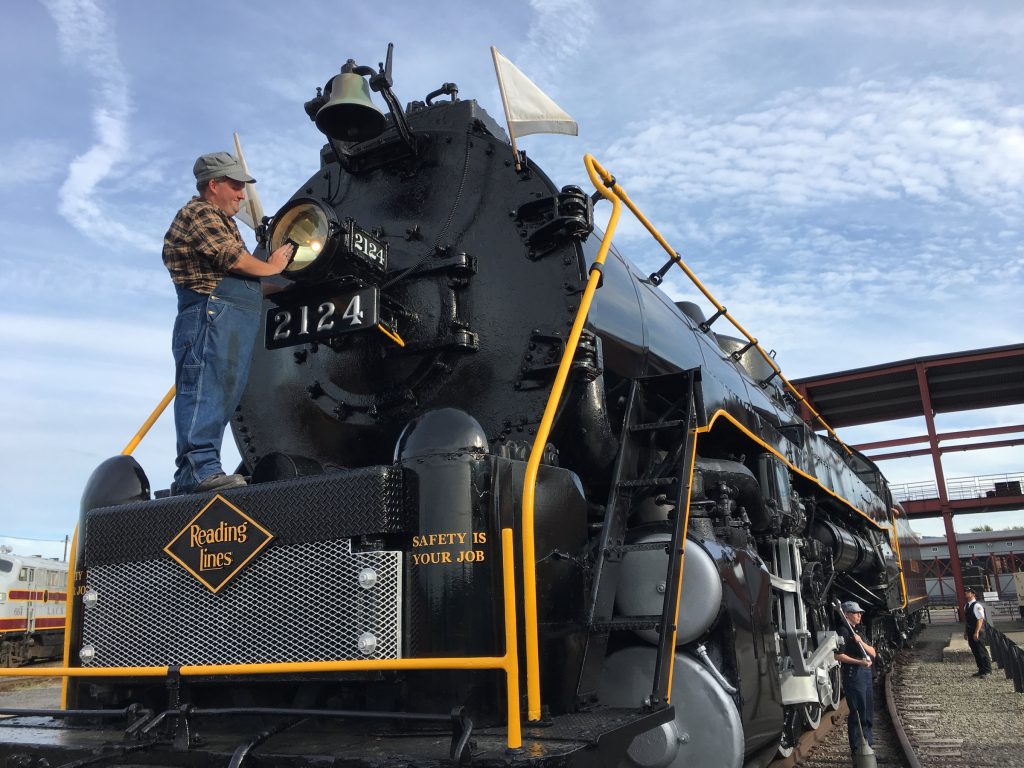 New Railfest date to kick off summer at Steamtown

Steamtown National Historic Site will flip the calendar on its traditional end-of-summer celebration of railroading this year, a change that has Superintendent Cherie Shepherd curious to see the result.

Steamtown has announced Railfest 2020 will be held June 13-14, kicking off the historic site’s summer season instead of wrapping it up over Labor Day weekend as it has in the past.

Shepherd said the switch in dates for the popular event is one of the things Steamtown visitors can look forward to this year.

“We want to see what the response is from the public,” Shepherd said. “Will we get a whole new audience? Will we get different kinds of visiting rolling stock?”

There are some advantages to the move from a timing perspective, she said.

Railfest will now take place near the end of Steamtown’s fiscal year, and the earlier date may mean slightly cooler — and more enjoyable — temperatures than site visitors often encounter late in the summer.

Park officials also hope to draw visitors who could not attend Railfest in the past because of other commitments on the usually busy Labor Day weekend.

“We want to reach more people, especially the traditional national park visitor, and see if we can get some of them to come out and experience Railfest,” Shepherd said.

That has become more challenging as other railroad venues across the Northeast are scheduling events around Labor Day, creating competition for rolling stock, he said.

“With it being early, we are hoping that we would be able to work out something to get some other things in,” Barrett said.

The change means La Festa Italiana, which is held on Courthouse Square and has long shared Labor Day weekend with Railfest, will have the downtown all to itself for the holiday.

With its new date, Railfest will coincide with this year’s Arts on Fire Festival at the historic Scranton Iron Furnaces, Shepherd said. Steamtown would like to have a program for Railfest that ties together the history of the furnaces and railroading.

“We just want to see,” she said. “If it doesn’t work out, we can always switch it back.”

The weekend after Railfest, Steamtown will help to commemorate the centennial of the 19th Amendment, which granted women the right to vote.

The Women 100 SHE Leads Road Rally, a rally of cars and buses led by women-driven race cars that will travel from Philadelphia to Seneca Falls, New York, on June 19, will stop at Steamtown during the return trip to Philadelphia on June 20 for an event billed as Women’s Whistle Stop Scranton.

Rally participants will be welcomed as suffrage envoys during the whistle stop, which will honor the courage, tenacity and vision of the women who fought for women’s rights, according to the Women 100 website.

Shepherd anticipates more details will be released closer to the event.

For its part, Steamtown will highlight women’s rights and the 100th anniversary of women’s suffrage throughout the year, including putting together programs on women and the railroads, Shepherd said.

In the meantime, one of Steamtown’s most popular attractions — Union Pacific Railroad’s “Big Boy” No. 4012 steam locomotive — is expected to return to public view sometime this year.

The massive locomotive, which sat on tracks north of the park’s main gate, was removed from display in October for cosmetic restoration and painting.

Steamtown officials don’t yet have an exact date, but the restoration will be finished in 2020, Shepherd said.

“That will be huge,” she said.